Located in Elk Mound, Wisconsin, Five Star Dairy was founded in 2000 by Lee Jensen, his wife, Dr. Jean Amundson, and his cousin Jim Jensen. Today, Five Star Dairy milks 1,000 cows, and produces an average of 90 pounds of milk per cow per day. The Jensens are always tweaking aspects of their operation to ensure the best for their cows.

“Standards of what used to be good is now average,” Lee Jensen said. “Being in the dairy industry long-term, I didn’t want to be average.”

Five Star Dairy beds their pre-fresh and post-fresh cows with compost that is aerated twice a day. The freestalls are bedded with digested solids. These solids used to be dried by means of two screw presses, but Lee Jensen found the aging screw presses just weren’t getting the bedding as dry as he would have liked.

“The moisture of that wetter bedding is, I would say, around 69-70 percent moisture, so 30-31 percent dry matter,” Jensen explained.

Jensen knows that cow comfort is key in milk production and quality. 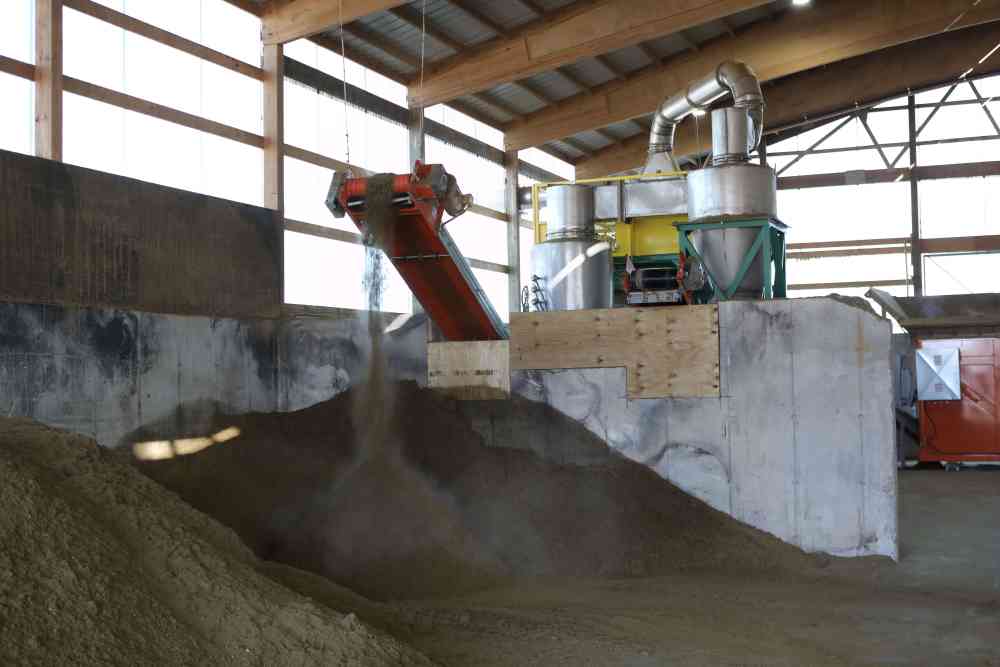 “Any time you can reduce stress, everything gets better, so there’s a correlation between somatic cell, cow comfort, mastitis, pathogens,” said Jensen. “Having a 200,000 cell count in the past historically wasn’t bad; we were getting somatic cell premiums and stuff. I knew people that were below 100,000, and I wanted to get ours lower.”

Along with lowering the somatic cell count, Five Star Dairy’s goal was to decrease their cull rate.

“Our cull rate was too high, and so a lot of that really led to clinical mastitis cases. Mastitis is one thing, toxic mastitis is another,” said Jensen. “A toxic mastitis — that cow’s probably going to be sold one way or the other, and it really bothered me.”

Jensen also wanted to increase the number of older, mature cows in the herd.

“Our production’s always been pretty good, respectable, on our farm, but the one thing that’s always bugged me is our average age of our herd is too young,” Jensen shared.

Increasing the number of older cows reduces the replacement rate, which is a direct cost to the dairy. Older cows also generally milk more than younger cows.

Jensen said a bedding dryer seemed to be the “missing link” he needed to better his system. He considered several different bedding dryers before commissioning McLanahan to manufacture a dryer for his dairy. McLanahan’s reputation provided him the comfort he needed to make his decision.

“I liked the idea of working with a major company that had a name and a reputation, that had a local dealer that I’d be able to get parts and maintenance and expertise into keeping this thing running for a long time,” Jensen said. Five Star Dairy runs their bedding dryer for 10 hours a day, six days a week, and Jensen said it gives them plenty of dry bedding.

“We put an end-loader bucket in in the morning, we put an end-loader in somewhere around noon, and that’s it. It just runs, and it’s really not taking a lot of manpower,” explained Jensen. “You spend 10 minutes, maybe 15, getting things going beginning of the day, and it’s been pretty trouble-free,” Jensen said. 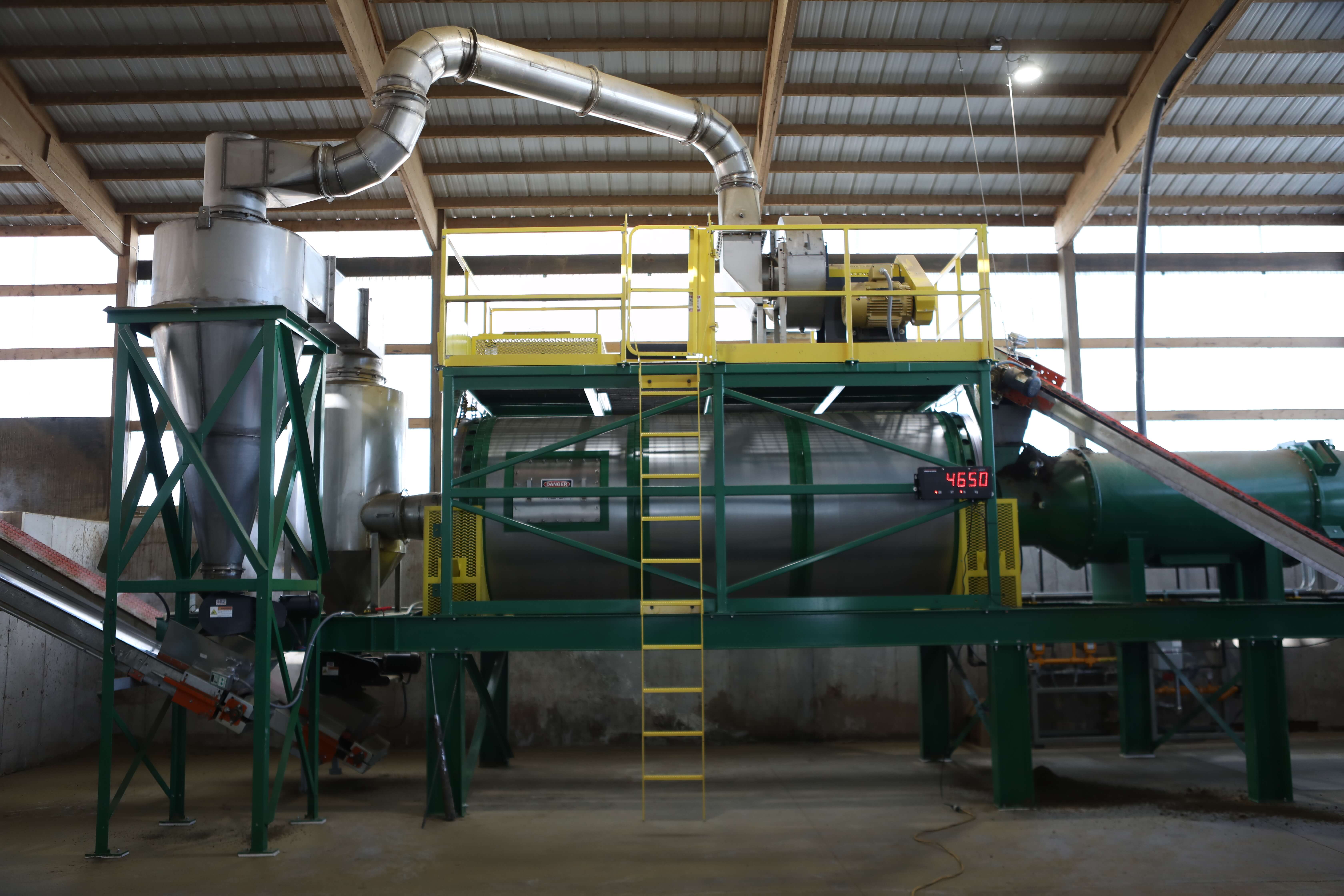 “We were around 70 percent moisture before, and now this stuff coming off the dryer is dried about 30 percent,” said Jensen.

Besides drying the bedding, the high temperatures at which the dryer operates kill pathogens that can be detrimental to the health of the herd. Jensen specifically said the McLanahan Bedding Dryer has done a “really good job” of killing the pathogen that causes clinical mastitis.

“A year ago, in our dairy we had 25 cases of toxic mastitis,” Jensen shared. “So far this year with the dryer running, we haven’t had any.”

As for somatic cell count, Jensen said Five Star Dairy is averaging about 120,000.

“It just seems to be continually trending down,” he said.

In addition, Jensen said the drier bedding is softer and doesn’t freeze in the stalls. He also noticed an improvement in the overall look of his cows that can be attributed to the drier bedding.

“The cows in the barn look cleaner,” he said. “When you’re lying on wet bedding, it just isn’t as absorbent.

Jensen is pleased with his decision to install a McLanahan Bedding Dryer. He said from what his cows are telling him, the bedding dryer is working well.

“I look at it as being a proactive thing, and I’m making everybody else’s job on the farm easier,” said Jensen. 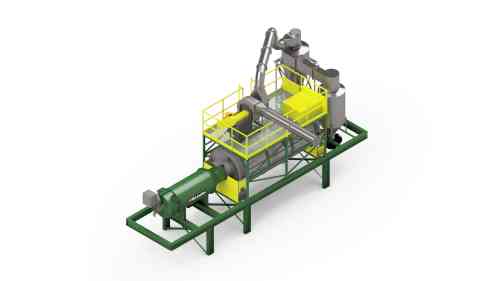 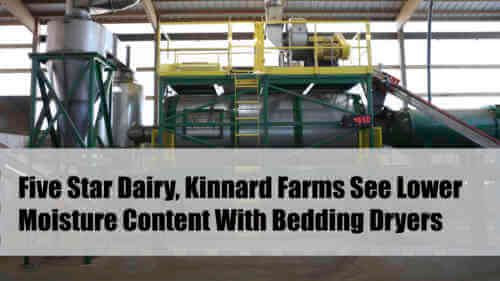 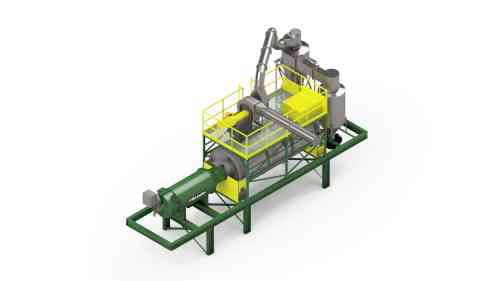 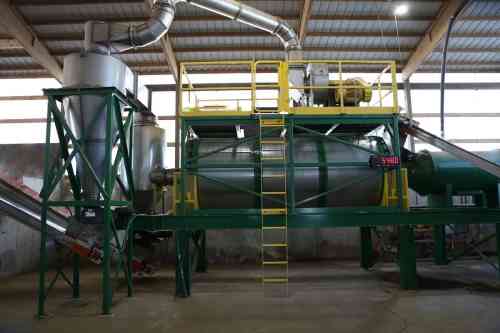