As part of their 2009 expansion project, Potash Corp. Allan was looking to upgrade their crushing capacity and searching for a piece of equipment that would keep up with the demands of their application.

“When we were looking at purchasing and upgrading our crushing equipment for the plant here, I think we were looking for a piece of equipment that really was reliable and durable,” said Gotts. “We have an operation we run 24 hours a day, seven days a week, and we needed something that we could depend on that won’t go down on us.”

“That was really one the main things we were looking at with the McLanahan equipment – the quality of the equipment, the reliability,” said Gotts. “That really caught our interest in terms of purchasing and upgrading our crushing equipment.” 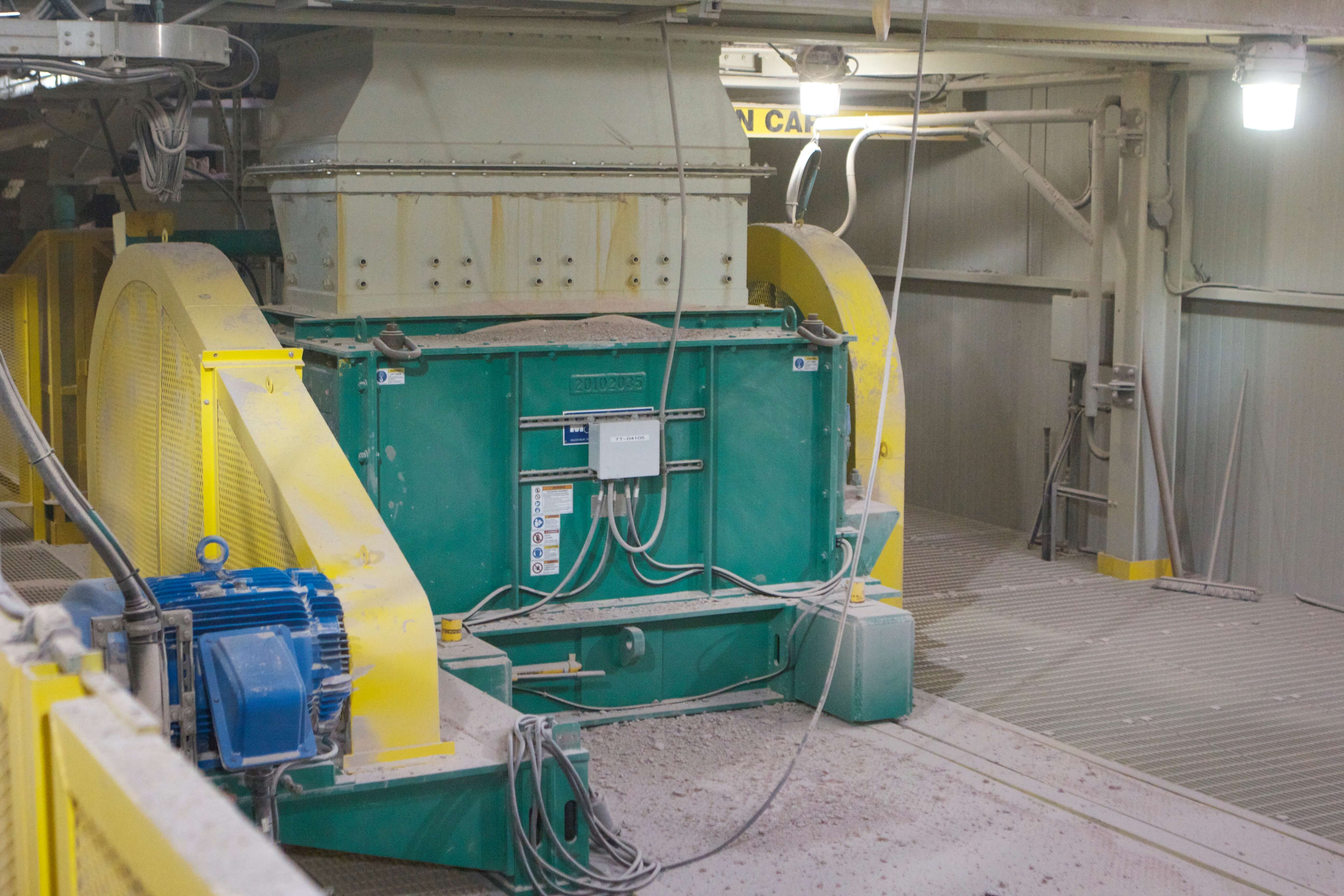 Potash Corp. Allan took a unique approach when looking for their new primary crusher. Instead of considering traditional primary potash crushing equipment, such as reversible hammermills, they decided to investigate roll crushers.

Potash Corp. Allan had some experience with roll crushers, but not in this application. McLanahan tookt hem on a site visit at another customers to see a Black Diamond Double Roll Crusher processing 7 million tonnes of salt a year.

Knowing that McLanahan had extensive experience providing crushing solutions for similar industries and seeing it running in-person were a big selling points for Potash Corp. Allan.

“I think in researching this application we had gone through a number of steps,” stated Gotts. “We had contacted McLanahan. They had given us references – they were very helpful that way. We contacted the references and then actually set up a visit to see the McLanahan equipment in operation. So we visited one of the salt producers who had a roll crusher very similar to ours, and we were very impressed with the equipment.”

However, McLanahan didn’t stop at showing off their equipment in the field; they also invited Potash Corp. Allan to their facility in Hollidaysburg, Pa., USA, to participate in material testing at McLanahan’s in-house laboratory. McLanahan was able to work hand-in-hand with the team from Potash Corp. Allan to make sure the correct equipment, including customized roll segments, was selected for their application.

Potash Corp. Allan sent three 55 gallon barrels of potash and spent three days in the lab in Pennsylvania doing the testing. The company was able to set it up so that the team from Potash Corp. Allan could actually do all the measurement themselves, allowing them to be part of the process in ensuring the best solution for their site.

“The testing showed that the equipment could do what we needed it to do, and I think that really helped us confirm that we were picking the right piece of equipment for our application here,” added Gotts. “So that whole process of dialogue between the customer and McLanahan, and the time that was taken to really understand our requirements really paid off in the end, and we’ve ended up with a very good robust piece of equipment that’s performing very well for us.” 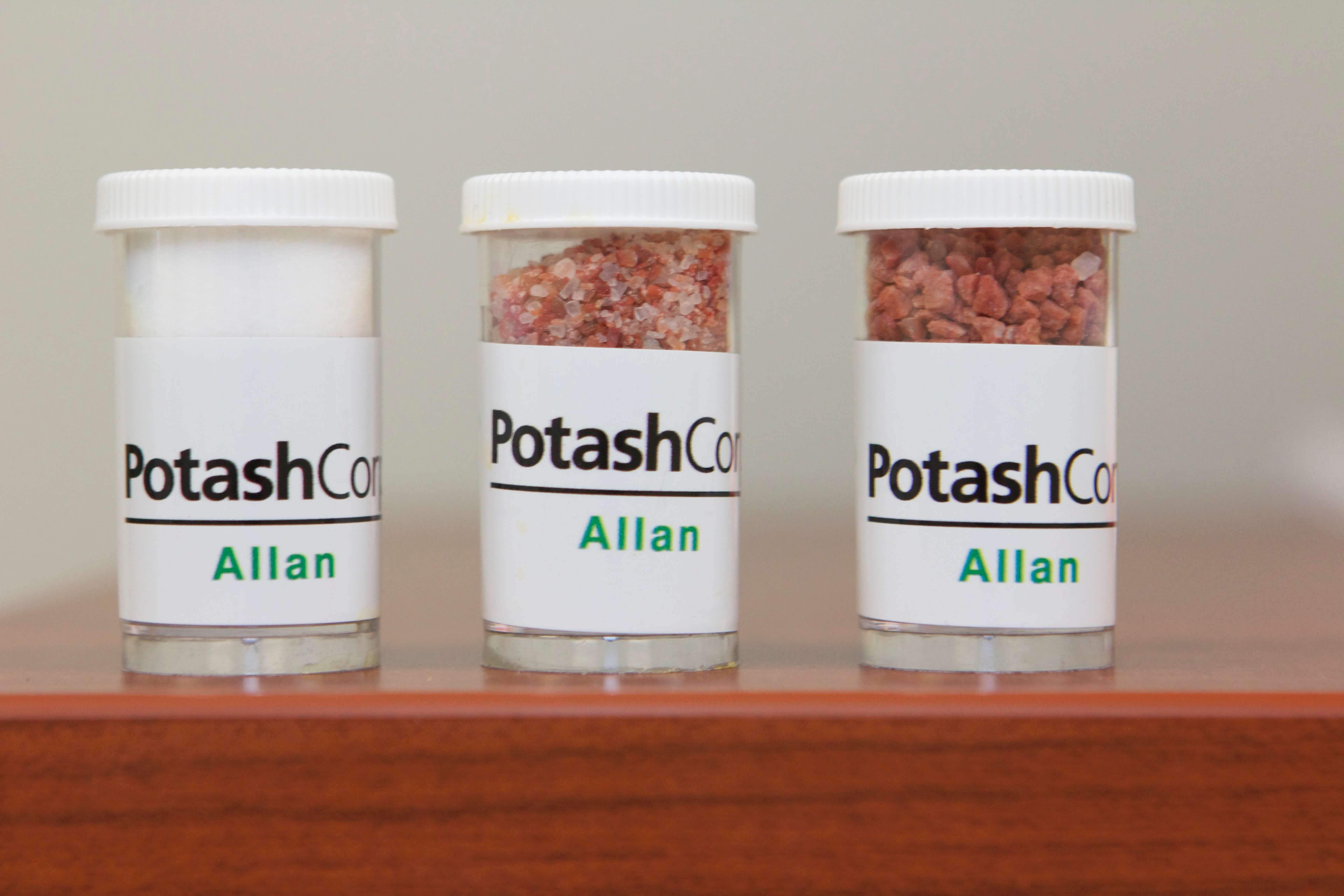 The crusher arrived on site in 2011 and has been in continual use since that time. It has been operating successfully as a primary crusher and has allowed Potash Corp. Allan to increase their capacity by 1 million tonnes per year. It provides Potash Corp. Allan with high capacity crushing, as well as McLanahan’s unique spring and toggle tramp system, which is capable of passing sizable tramp and then immediately returning to the product setting to ensure no down time occurs.

“I would have to say that we’ve had very little maintenance issues or problems with the crusher – it’s operated very reliably,” said Gotts. “It’s one of those pieces of equipment that you install and forget about.”

Potash Corp. Allan is confident in their choice of crusher for their application. Not only has the McLanahan equipment proved reliable, but so have the people at McLanahan.

“In looking for a new crusher for our crushing application here, we worked closely with McLanahan staff,” said Gotts. “They were very helpful in looking at our application and working with us to make sure we got the right piece of equipment for our application. So that’s worked out very well for us, and we’ve been very pleased with the equipment and service in our mine here.” 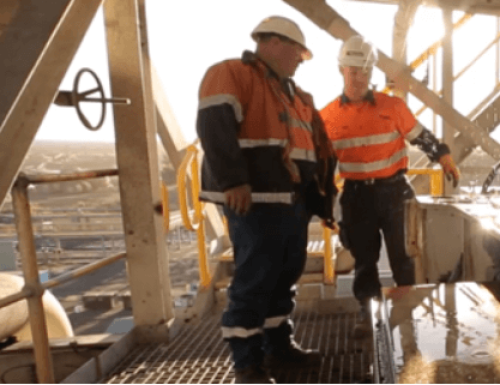 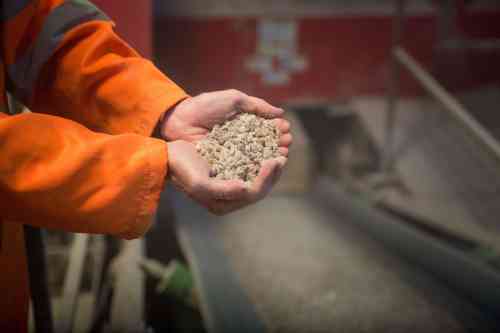