Sand Classifying Tanks remove excess water and slimes or undesirable grain sizes from minus 4 mesh or 5mm natural or crushed sand feeds. They are typically used to classify sand for most construction specifications by removing an excess of certain intermediate mesh sizes while retaining finer mesh sizes of sand. Sand Classifying Tanks are often used to classify multiple products from a single sand feed. 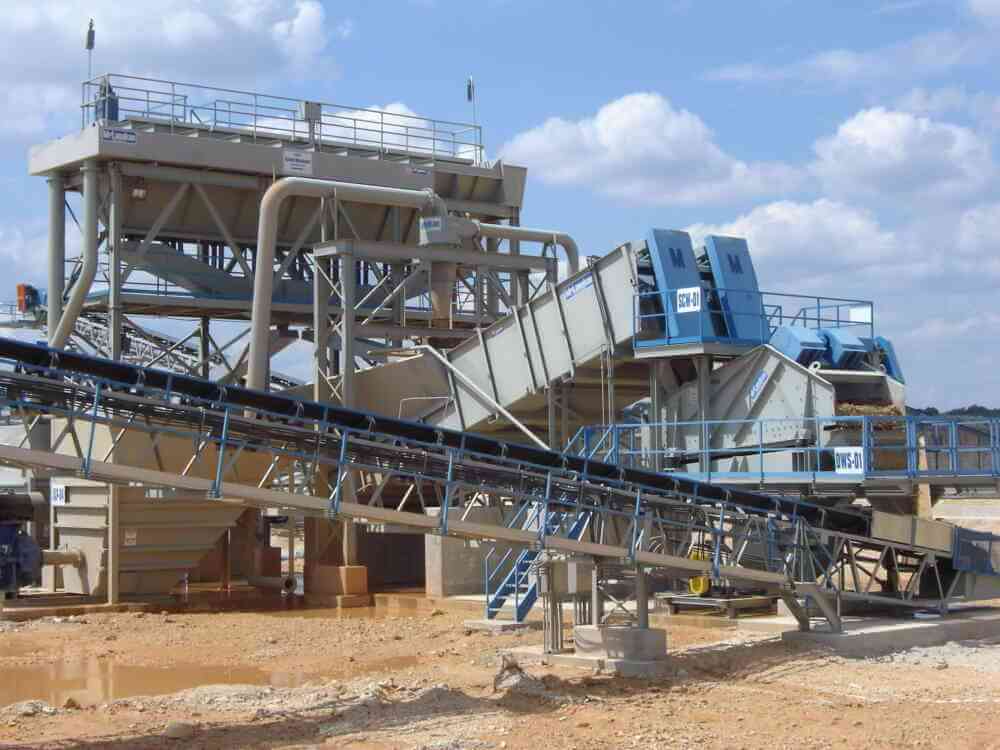 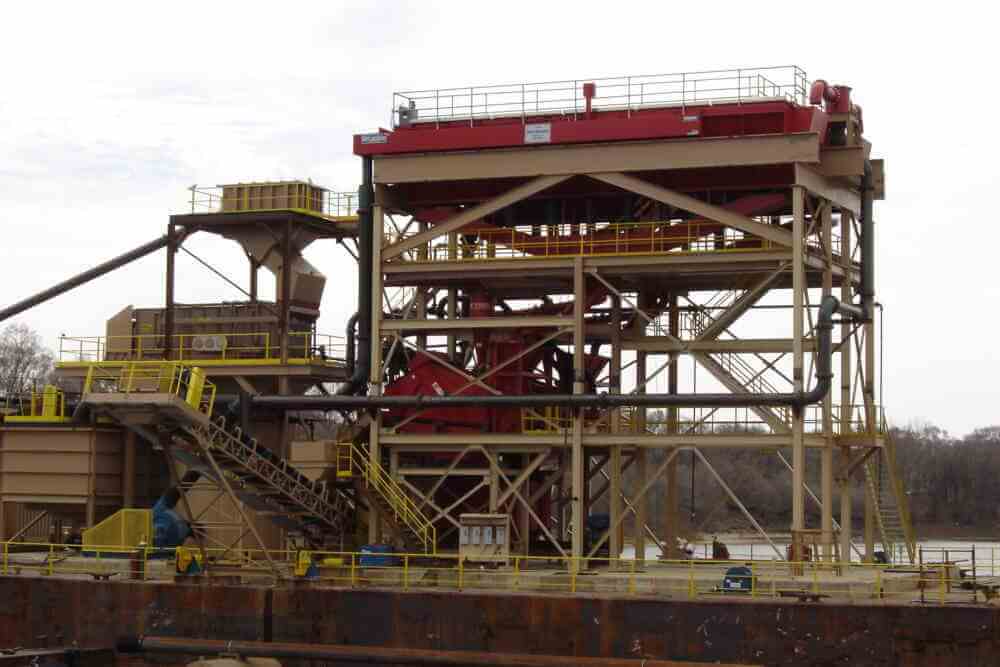 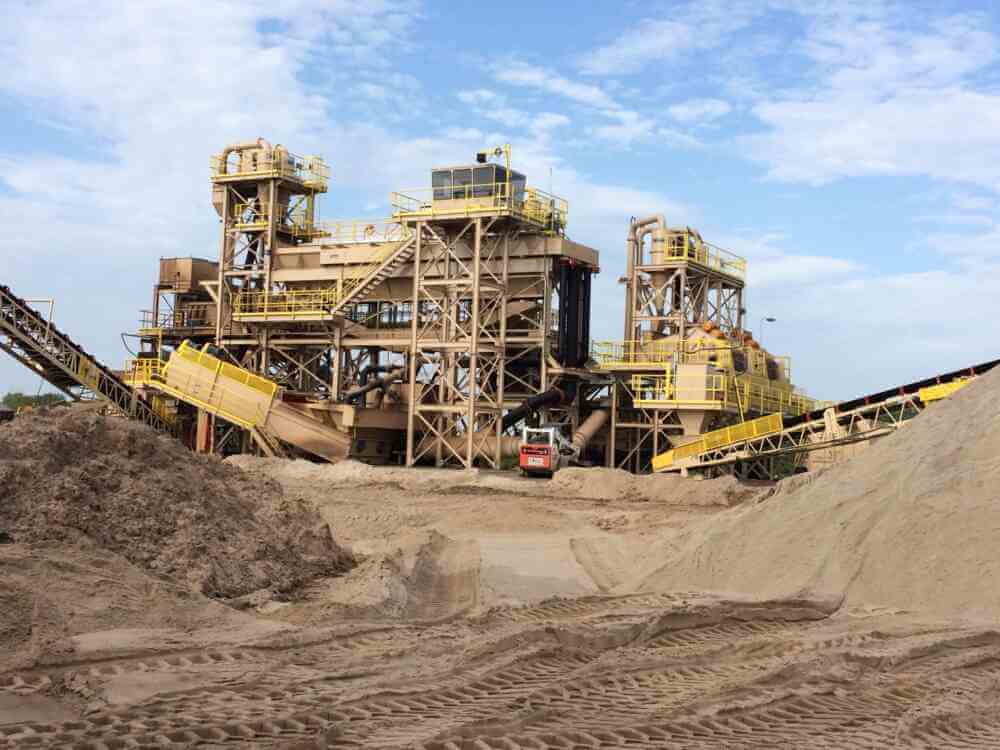 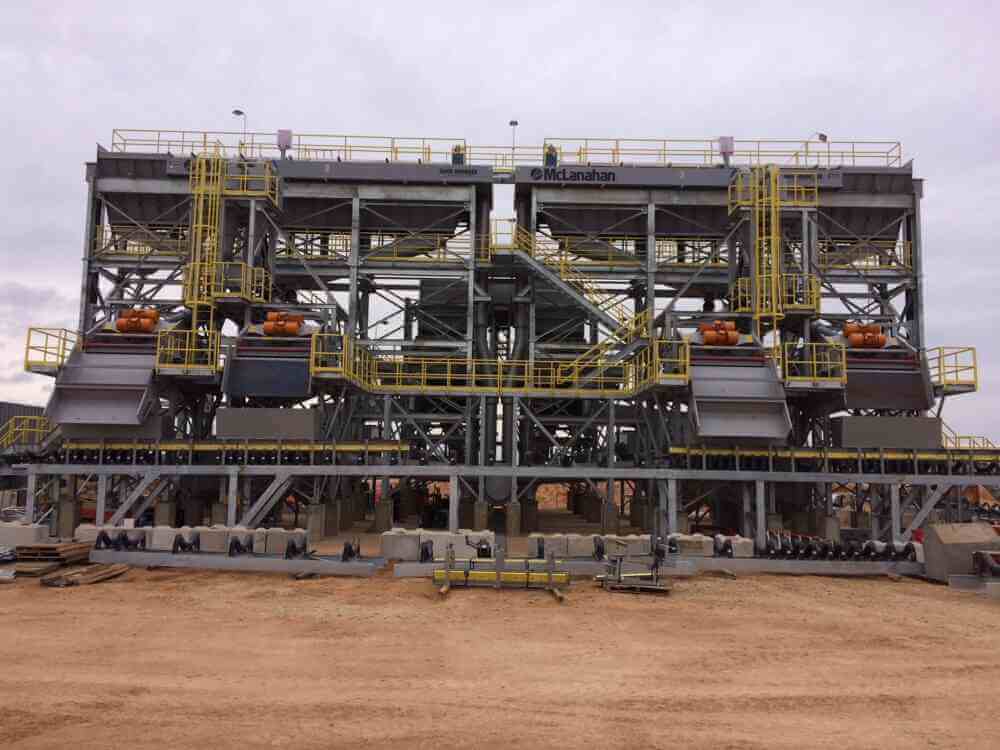 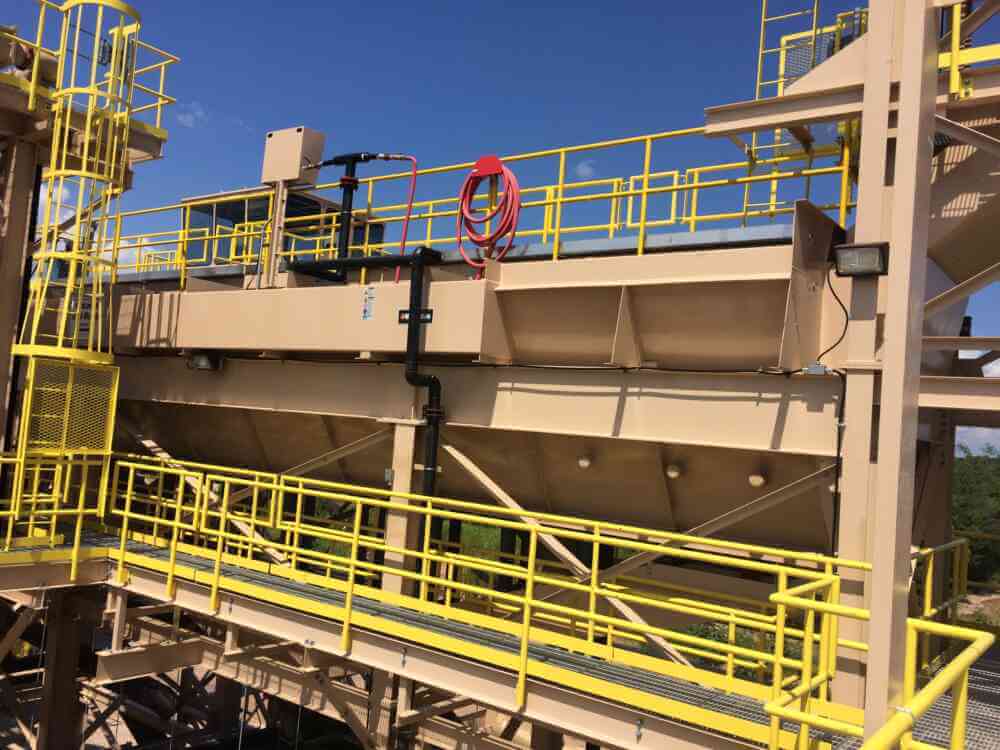 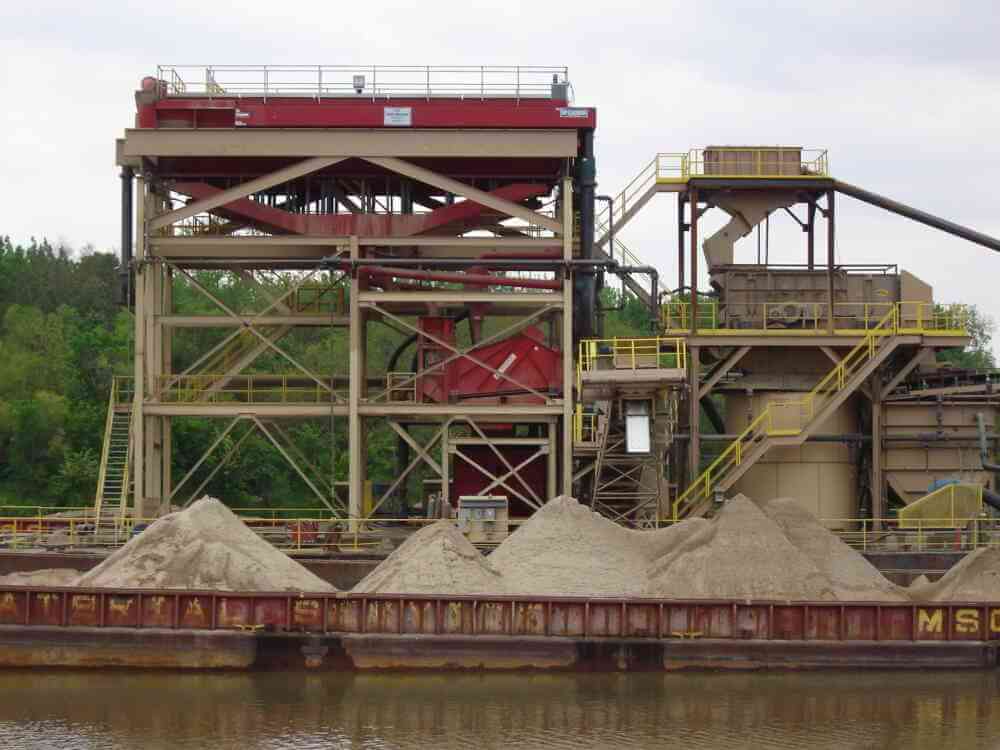 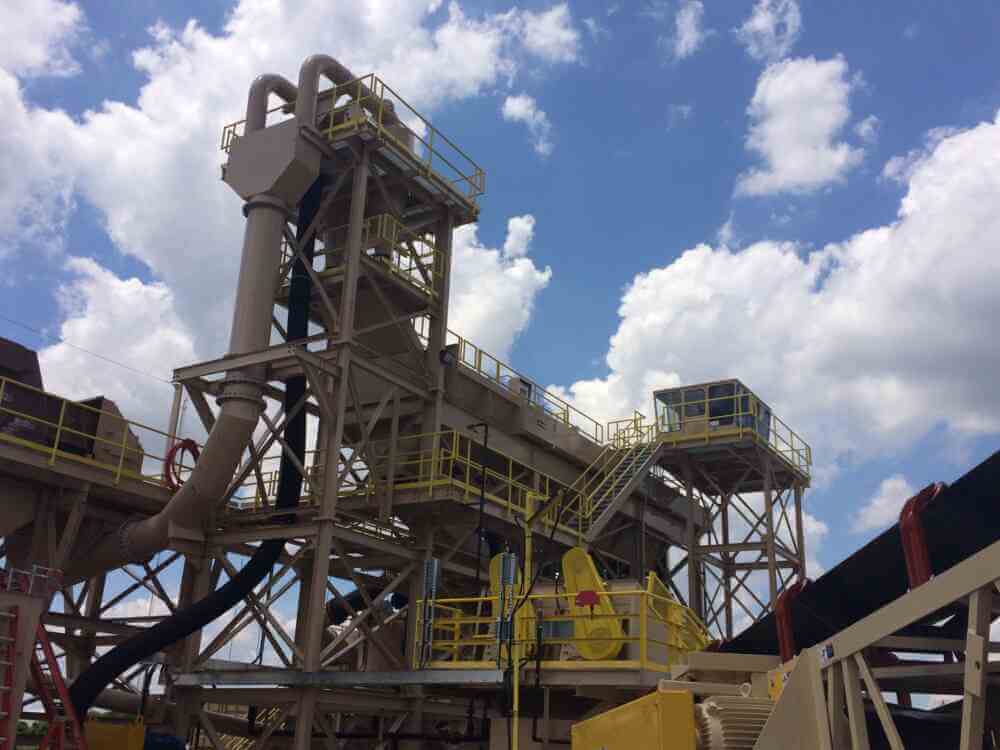 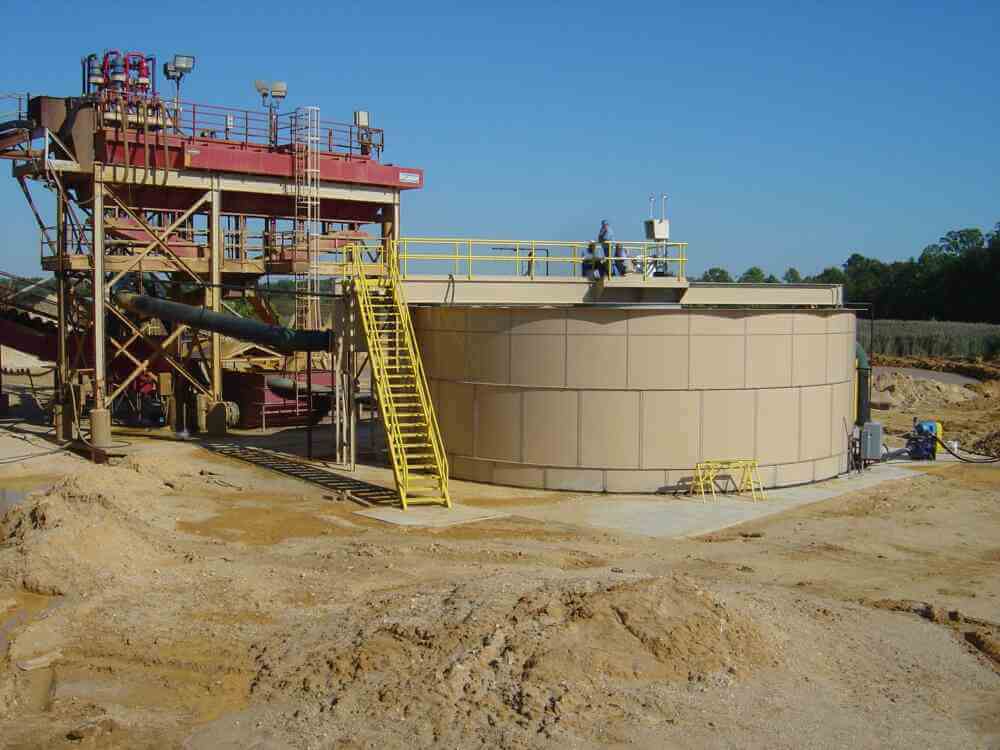 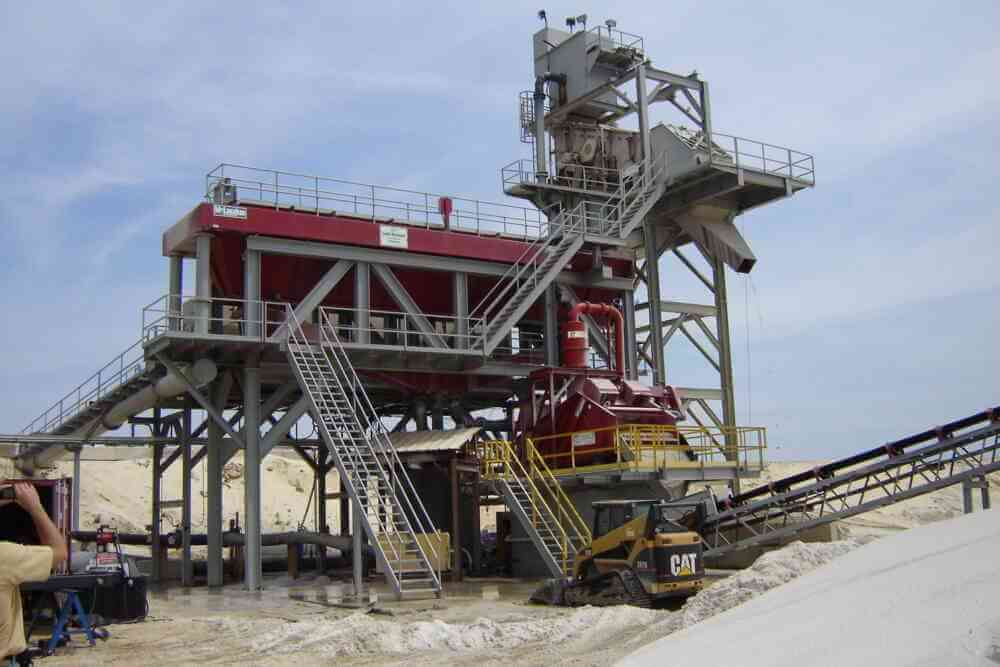 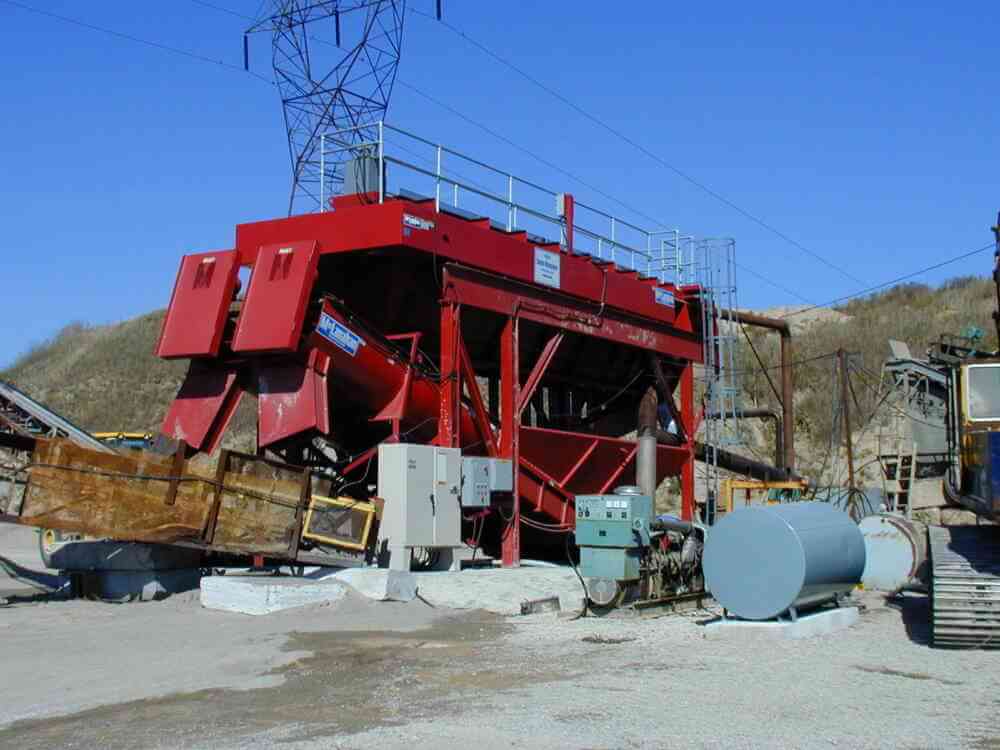 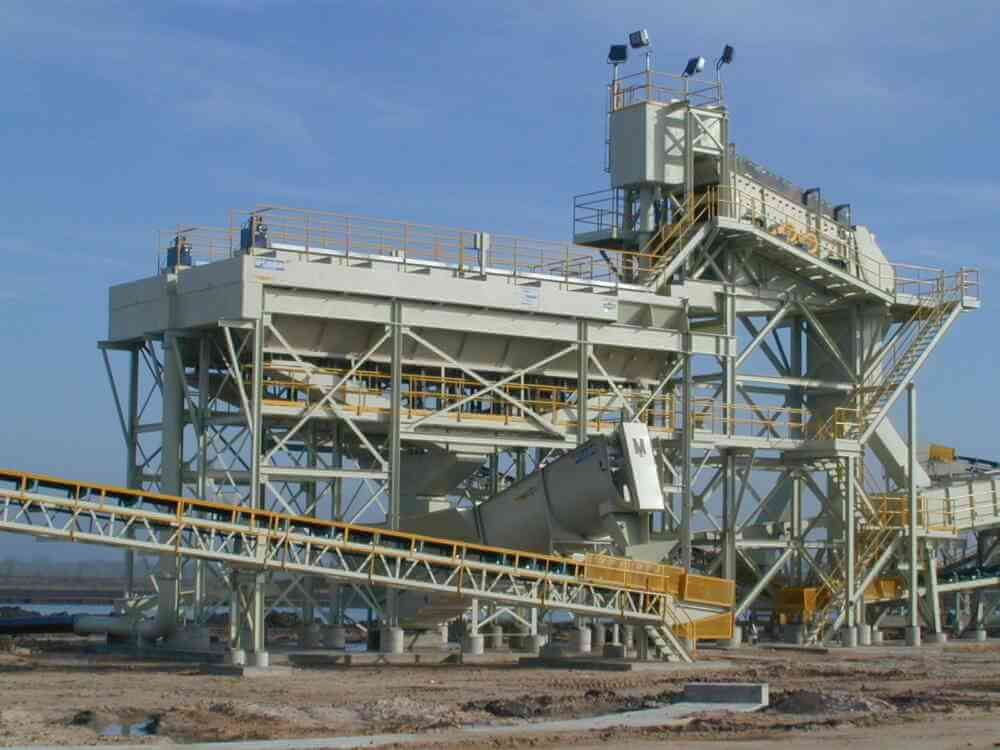 McLanahan Corporation began manufacturing manually adjusted Sand Classifying Tanks in the the 1950s and automated units in the 1960s using computer punch cards in a card reader system. McLanahan was the first manufacturer to offer automated Sand Tanks with programmable logic controllers in the early 1980s.

Today’s Sand Manager™ Classifying Tanks utilize proprietary software to adjust the classifying and reblending processes. As material accumulates at a given valve station, an optimal amount is discharged to each product. The touchscreen control system allows you to change and monitor the amount of sand discharged as your application needs change.

Sand Manager™ Classifying Tanks are designed so that when maintenance is required, operators can access the machine from a full-length control enclosure bridge at the top of the tank. This enclosure located under the walkway is designed to house solenoid valves and hydraulic cylinders that control the discharge valves. A solid steel bottom in this area ensures safe maintenance and prevents components and tools from falling into the tank area. Wear parts, such as valve seats and discharge elbows, are made from wear-resistant polyurethane and can be quickly changed.

Sand classification is based on the different settling rates of various grain sizes. As water and material enter the feed end of the Sand Classifying Tank, coarse sand grains settle first and finer grains settle in successive sizes down the length of the tank. Hydraulic controls at the top of a Classifying Tank operate discharge valves at the bottom of the tank. Each station has two or three discharge valves, depending on the type of control system and the product(s) produced.

Extending from the control enclosure at the top of the tank above each station is a four-bladed paddle near the bottom of the tank that is driven by a torque motor that generates an electrical impulse when sand stalls the paddle. This electrical impulse controls a solenoid valve that directs pressure through a hydraulic cylinder to raise and lower the rod leading to the valve. When the discharge valves open, sand is directed to a two- or three-way divided collecting flume and then to the associated dewatering equipment. A programmable logic controller is used to determine the amount of sand that is discharged to each cell in the collecting flume.

Classifying Tank selection is based on water handling capacities and tons per hour of sand feed. McLanahan considers two factors when sizing a Classifying Tank:

Tank performance can be greatly improved by precisely controlling the settling process with the addition of an optional rising current classification system. Rising current is produced by metering fresh or recirculated water through the manifold and pinch valve to the specific station. The injection of the water forces smaller, lighter grains of sand into a longer period of suspension, allowing them to be carried further down the tank. This increases product yield when re-blending coarse, intermediate and fine sands for construction grade specifications. An optional pump with a motor, V-belt drive, drive guard and return piping can be supplied to recirculate water into the rising current manifold.

Sand Manager™ Classifying Tanks are capable of making one or two products for most construction sand specifications and one non-spec product at any one time. To make different products, the tank is designed with two or three valves at each station along the length of the tank, one more valve than the number of spec products desired. The programmable logic controller allows for the production of the specification products by opening and closing the tank’s discharge valves on a percent, time-controlled basis. In many instances after the initial setup, the control system usually does not require further adjustment unless there is a change in the specification products or an extreme variation in the sand feed gradation.

How much does a Sand Classifying Tank cost?

When you contact McLanahan or your nearest authorized local dealer, you can receive information on pricing as well as suitability and use for your application.

What are some key options to consider?

What other technologies should I consider?

Several factors need to be considered when selecting sand processing equipment. These may include: