July 1, 2020
The Log Washer has been a staple in the aggregate and mining industries for more than a century. Here's why it was invented and how it has changed over the years. 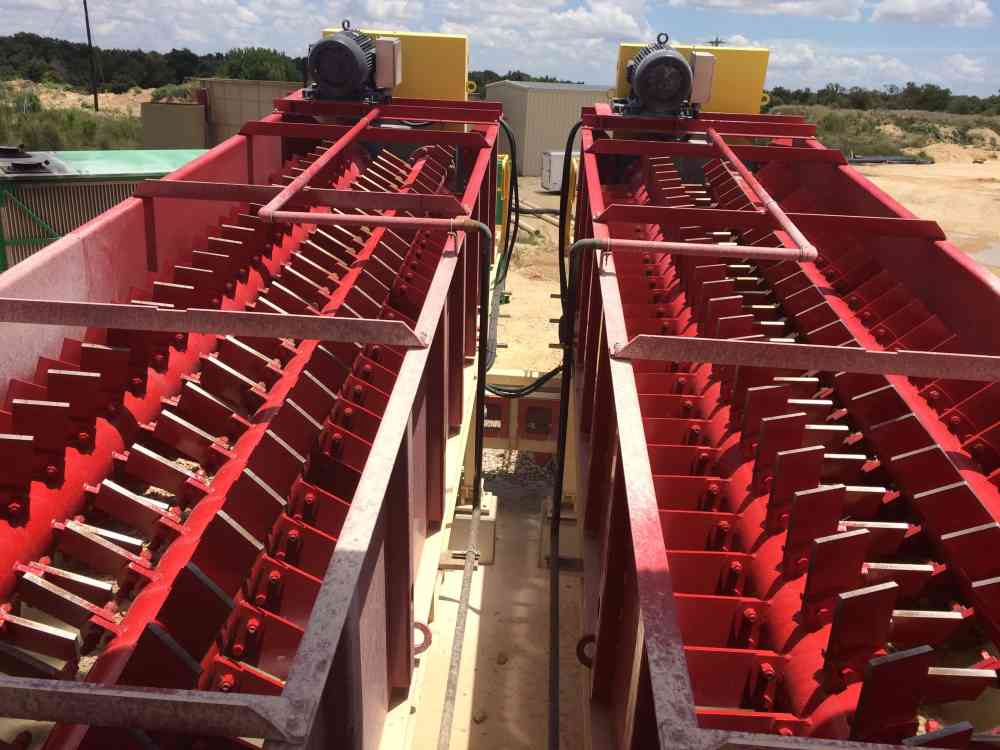 The late 19th century brought about an invention that would change the mining industry, and later the aggregate industry, forever. The Log Washer was designed to remove clay from gravel, various types of ores and crushed stone to improve the quality of that material for making stronger concrete, producing quality iron ore for blast furnaces, etc. It was not designed to wash logs as the name seems to imply.

So how did the Log Washer get its name? To answer that, let’s take a look at the history of the Log Washer, starting with its inventor, Samuel Calvin McLanahan.

Samuel Calvin McLanahan’s illustrious life as an innovator and inventor began at an early age. The son of James Craig McLanahan, one of the original founders of what is now McLanahan Corporation, Samuel Calvin developed the company’s first accounting system when he was 14. At age 18, he was single-handedly operating the Wheel Press and Car Wheel Boring Mill – a two-man job. After serving in the United States Navy for six years during the Civil War era, Samuel Calvin returned to the family foundry and machine shop business, where he produced all the drawings, estimates, contracts and correspondence, as well as designed and built a four stroke 100-ton blowing engine used in foundry blast furnaces to increase melt temperature.

In addition to his involvement in the family business, Samuel Calvin ran the family’s limestone quarries and iron ore operations all along the east coast. During this time, clay lumps present in the crushed material feed were picked out by hand. As you can imagine, this was an inefficient (and dangerous) method, as not all of the clay could be removed in this time-consuming manner.

To remove the clay more efficiently and completely, Samuel Calvin designed the Log Washer. The Log Washer featured cast iron paddles bolted to tree logs, which is how the Log Washer got its name. The log shafts were not round, they were squared off so that the paddles, which were L-shaped, would fit over the sides of the shafts. 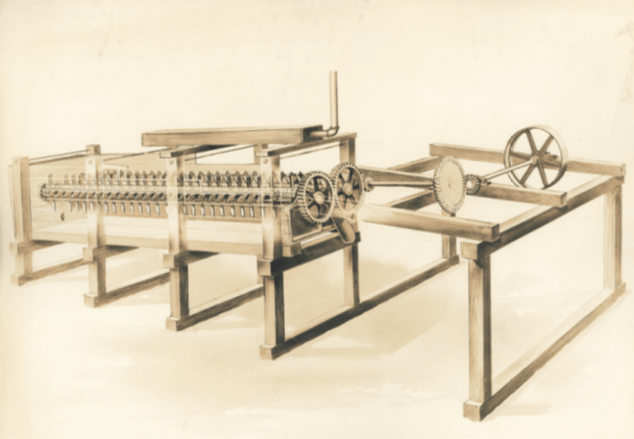 The shafts and paddles were housed in a long wooden box that was set up on an incline. When water mixed with rock feed entered the machine, the paddles on the rotating log shafts would cut and abrade the material, creating particle-on-particle scrubbing to remove clays, organics and other deleterious material. The clays and deleterious material flowed with the wash water into a sump near the feed end of the Log Washer, while the rotating log shafts conveyed the clean rock toward the discharge end of the machine.

“While he invented the machine for his own use, other companies saw how good it was and they wanted to buy the machines,” explained Michael McLanahan, Chairman of McLanahan Corporation’s Board of Directors and Samuel Calvin’s great-grandson. “That was one of the ways we got into machinery manufacturing.”

Samuel Calvin was awarded a federal patent for his Log Washer in 1891. Three years later, he invented the Single Roll Crusher, and throughout his lifetime, he improved the design of many other types of process equipment, including steam engines, retort coke ovens, furnaces, dryers, conveyors, blowing engines, rolling mills, screens, ore jigs, elevators and more. His original ideas were the basis for many types of equipment used today.

For his achievements and advancements in the mining industry, Samuel Calvin was posthumously inducted into the Mining Hall of Fame in 2010 and received several other accolades. “He was quite an inventor,” Michael said.

Samuel Calvin’s Log Washer was not a one-hit wonder. It is still being used today to remove tough, sticky clays and improve the quality of final products; however, more than a century’s worth of design improvements have made today’s Log Washers more efficient at a lower cost to the operator.

“The Log Washer has changed a lot over the years,” said Michael. “It’s a good design that has evolved through several versions.”

While the process of removing the clays and organics has remained the same — paddles fixed to rotating shafts facilitate material-on-material scrubbing and move the cleaned material up an inclined slope, the Log Washer itself looks much different from Samuel Calvin’s first machine. 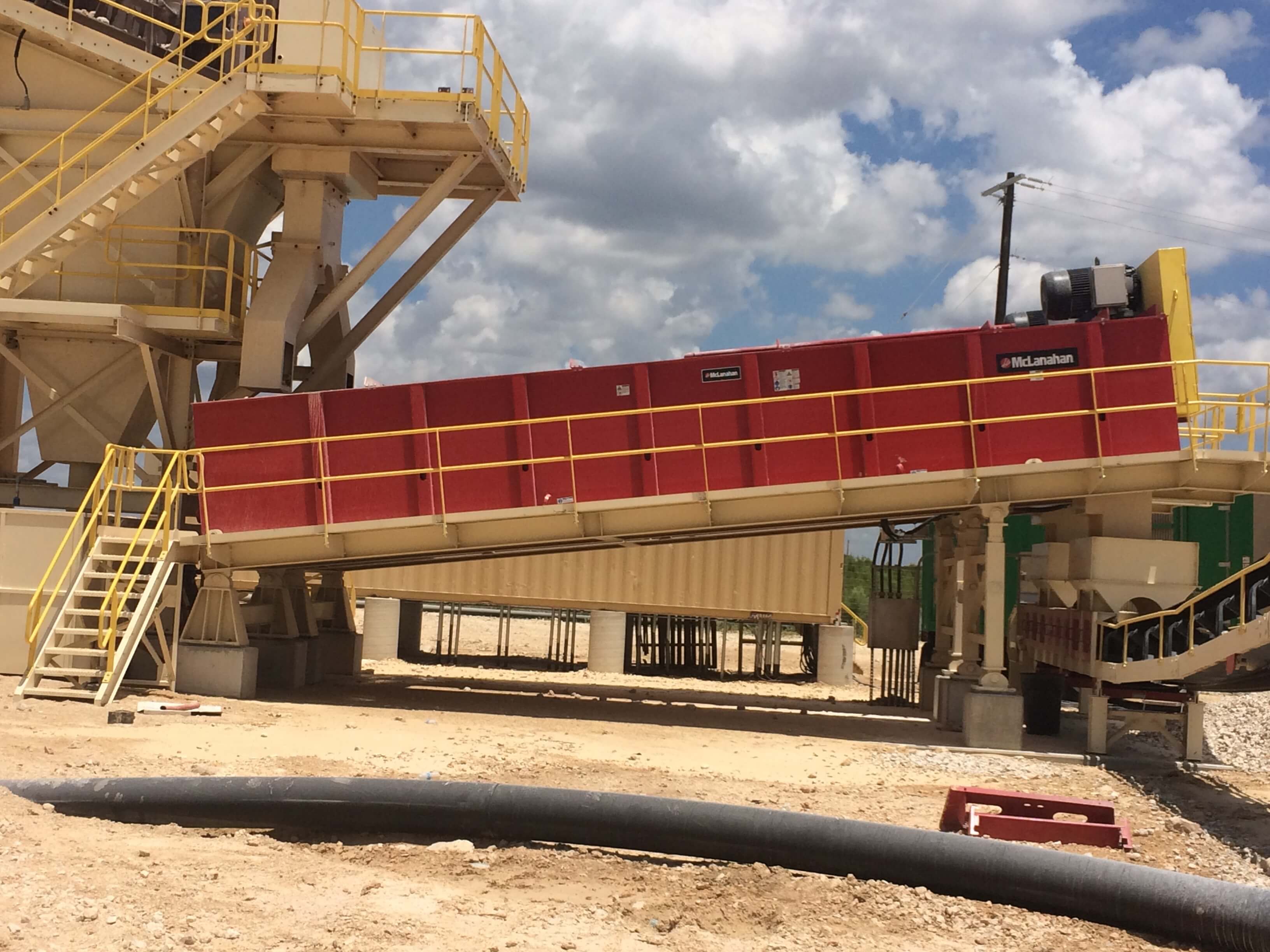 For starters, the wooden log shafts have been replaced by one-piece steel pipe. The paddles, which are the wearing elements, have been updated from cast iron to abrasion-resistant steel to improve longevity.

The position of the paddles and shafts were changed to allow a bed of material to build up in the bottom of the Log Washer so that the sides and bottom of the machine would not wear. Optional clean-out doors were designed into the washer box for emptying the machine for maintenance or seasonal shutdown.

These, along with many other design changes and updates, have given Log Washers their reputation for providing decades of reliable service.

“They’re long-lasting machines. One of the oldest ones was working at a limestone quarry in West Virginia in the 1950s even though it was built in 1905,” Michael said. “The Log Washer is a good, sturdy, long-lasting machine that’s a good investment for those companies that need to remove clay and organics from their gravel, stone and ores.” 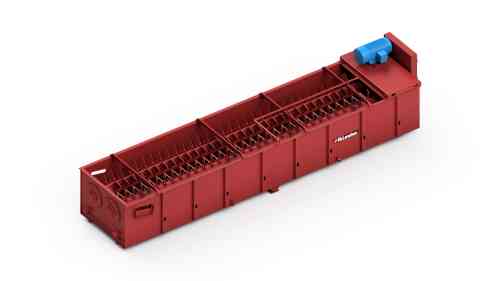 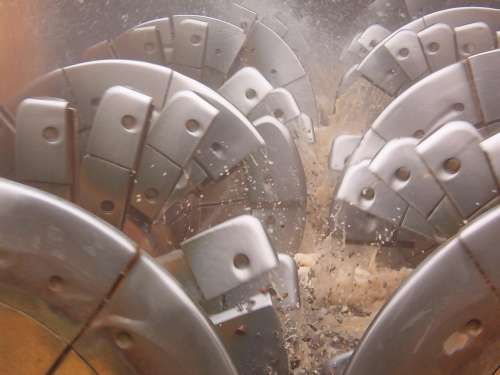