The History of Dewatering Screens: From Gold to Coal to Aggregates to Dairies

January 21, 2021
Dewatering Screens have been used to dewater a variety of materials in different industries for many years. Here's a look back at how they gained popularity. 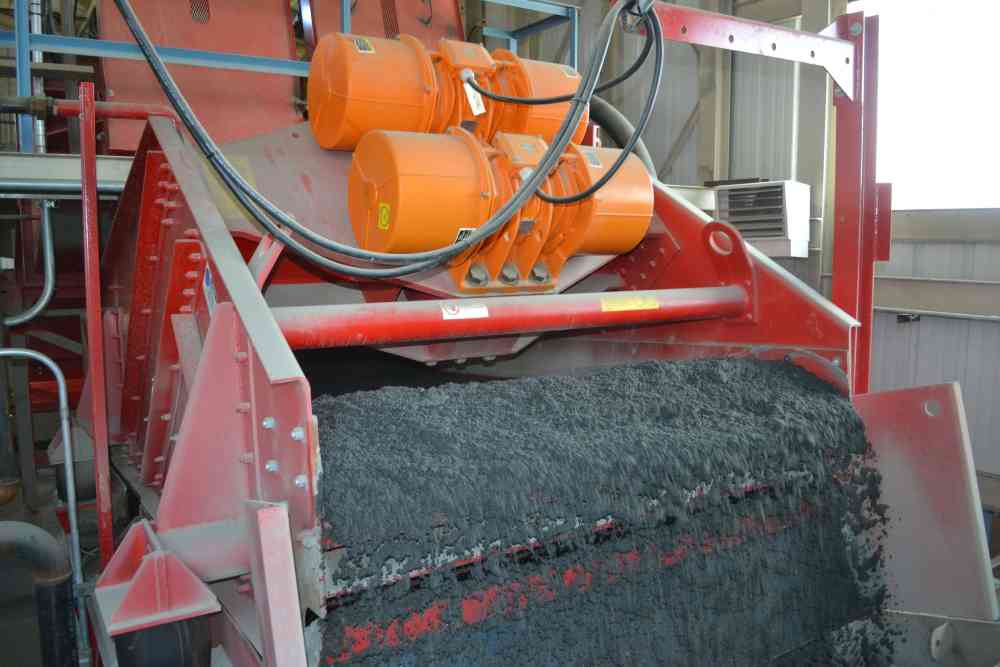 Dewatering Screens are well-known in a variety of industries for improving product dryness. They provide a consistent, drip-free product that is stackable and conveyable.

Often considered “new” technology when compared to the popular and well-established screw washers, Dewatering Screens have been proven to lower moisture content in materials such as gravel, hard rock, precious metals ore, coal, salt, iron ore, various types of sand and more, since the 1970s. 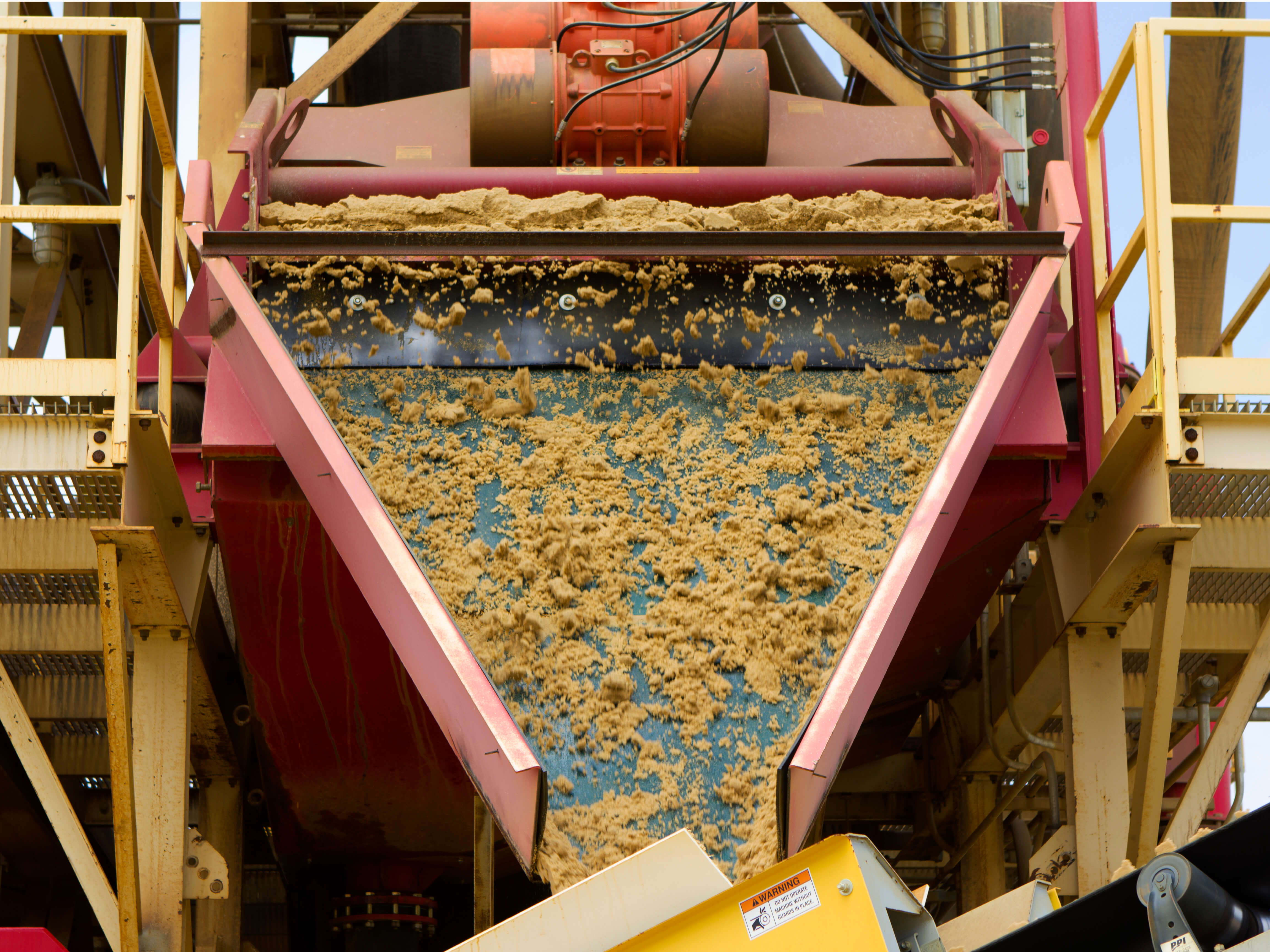 The Dewatering Screen design that was made popular in North America was created by Van Eck and Lurie Company (VELCO). Though Dewatering Screens had been sold before VELCO’s design hit the industry, it was the VELCO design that expanded the use of screens for dewatering material across the globe.

With their product line, VELMET focused on:

VELCO’s screen was met with great success in the gold industry. So much so, that the company introduced the screen to the coal industry for:

Again, the VELCO screen proved to be successful in this industry.

The Introduction to the American Coal Industry

The first VELCO Dewatering Screens installed in the U.S. were at a coal cleaning facility in Pennsylvania to provide a consistently dewatered fine raw coal ahead of a heavy media cyclone circuit. The VELCO screen, with its uphill dewatering design, allowed this customer to accurately control their desired gravity of separation. 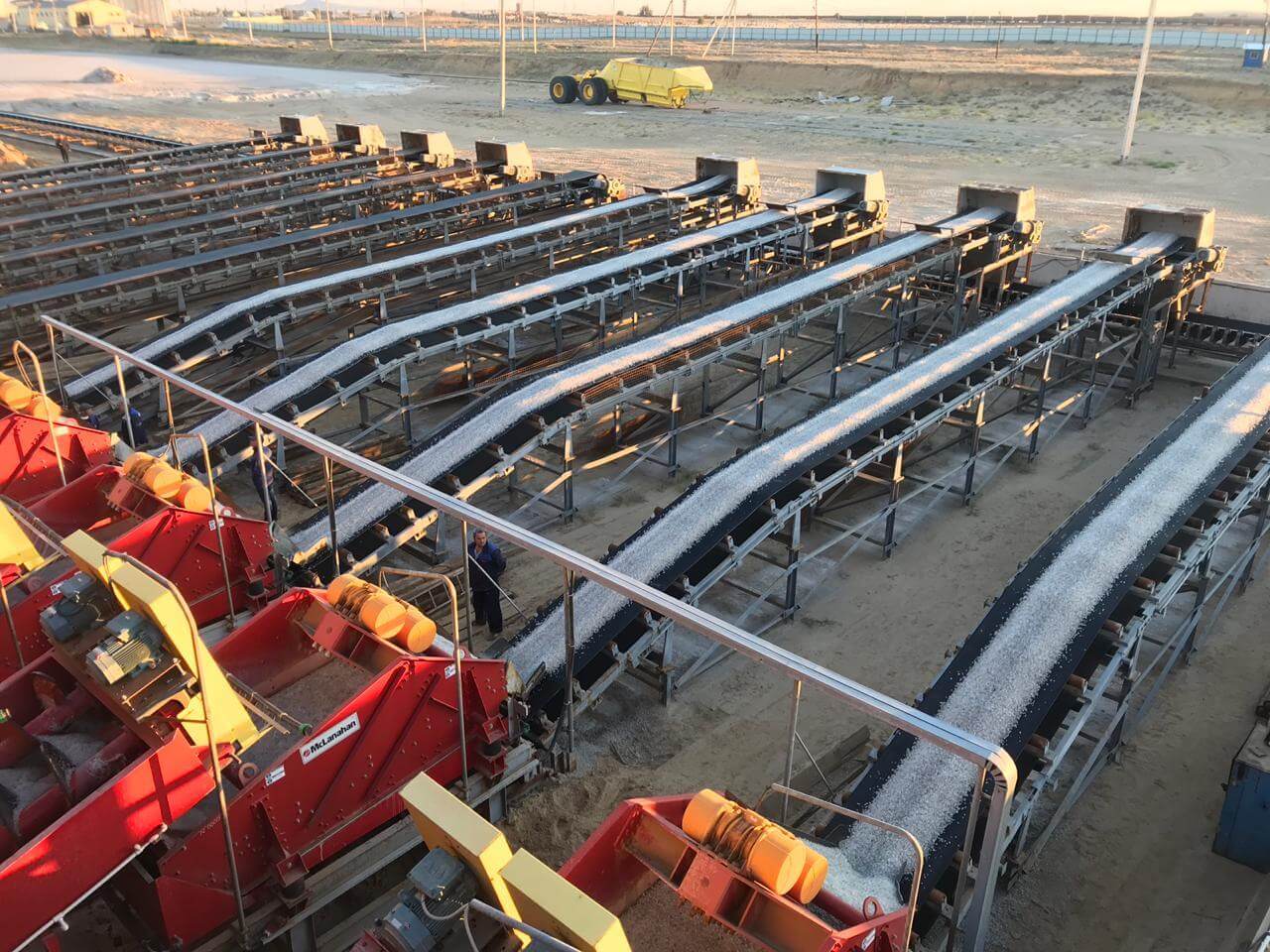 The Dewatering Screen Takes on the Aggregates Industry

In 1989, Linatex sold its first Dewatering Screen outside of the mineral and coal industries — to a silica sand company based in New Jersey. These screens were supplied to scalp out some -30 mesh sand while providing a product that could be delivered directly to a conveyor.

More VELCO screens were sold into non-coal applications, such as mine tailings dewatering. Entry into the aggregates industry continued to be difficult, where sand screws were still the favored equipment for washing and dewatering material.

Surprisingly, the Dewatering Screen’s entrance into the aggregates industry came about as a result of a VELCO screen installation in a zinc mine. Sphalerite, a zinc-bearing mineral, occurs in a host rock of limestone. The sphalerite was concentrated for the zinc and the limestone tailings were sold to an aggregate plant next door. This -2mm aggregate was dewatered to a moisture of 11% and transported to the aggregates company by conveyor.

As word got out, requests for demonstrations at Linatex’s Connecticut-based pilot lab facilities grew and often resulted in many deals being finalized. By the mid ‘90s, the VELCO Dewatering Screens were becoming more accepted.

By this time, the range of the screen was broadened to include applications in iron ore, copper ores, salt washing, debrining, gravel scrubbing as well as extended its reach to process fine tailings (ultra fines recovery, or simply, UFR) to increase pond life and in many instances offer new, profitable market opportunities for the customers.

An Ultra Fines Recovery Plant (UFR) is a combination of a Hydrocyclone or bank of Hydrocyclones and Dewatering Screen. It is used to capture ultra-fine particles from a waste stream to reduce the amount of solids reporting to settling ponds. In some cases, the recovered material can be sold as an additional product.

In all installations of the VELCO screen, it was recognized that the screen’s job was dewatering, not sizing per se, but it has been used for nominal sizing and blending in certain applications. Water in the screen throughs invariably carries with it particulates that are of value in one way or another. The throughs therefore were nearly always recommended to return to the upstream process, whether this be a sieve bend, screw classifier, cyclone, etc.

One application where recycle was not recommended was for the dewatering of some Eastern U.S. coals where pyrite was present. In this application, fine pyrite was often concentrated in the throughs, and sending them to waste increased the value of the product via a reduction in sulfur.

During this time, Linatex pioneered the use of longitudinal dividers on the screen deck, making it possible for up to three different products to be dewatered at one time. 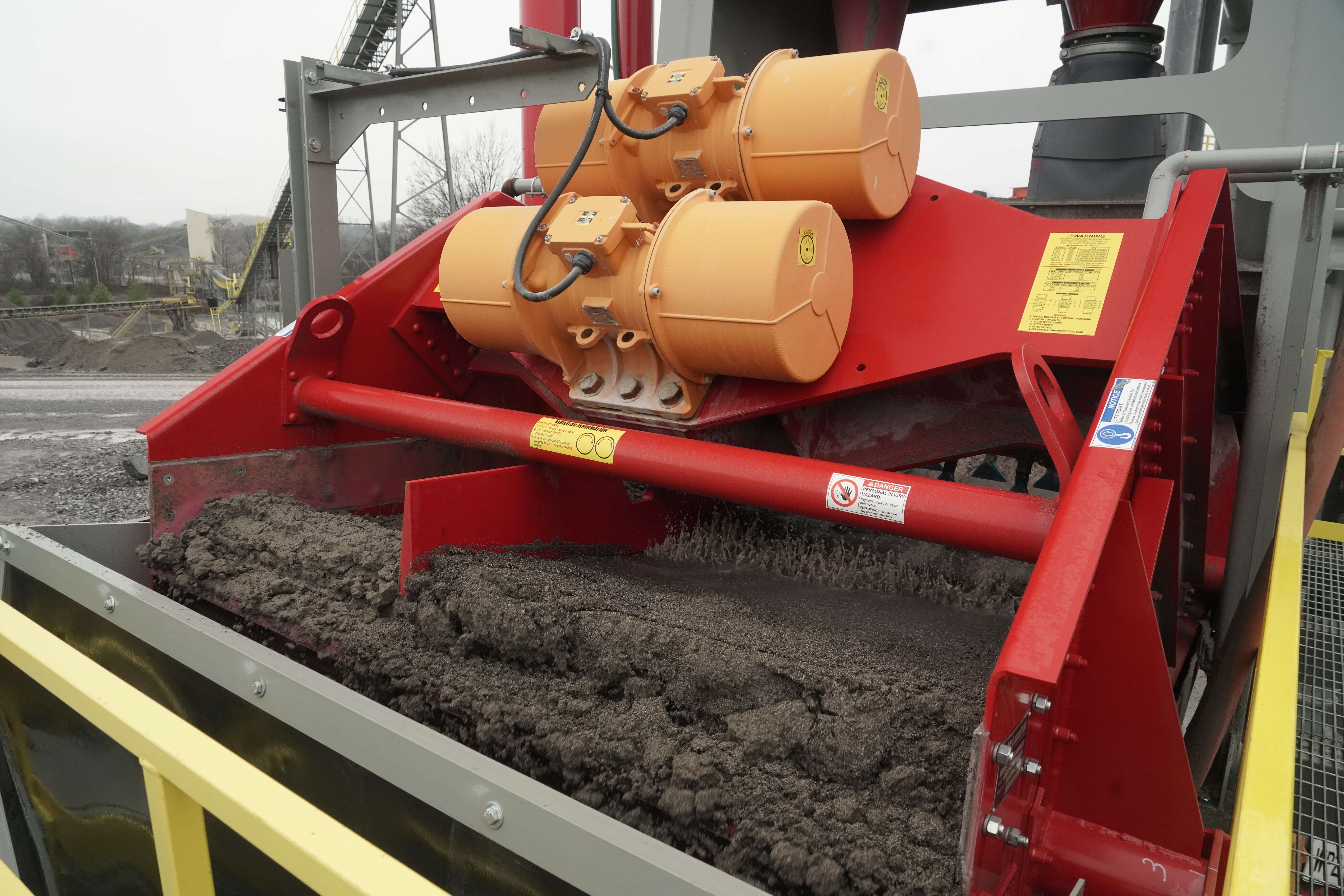 Longitudinal dividers on the screen deck allow up to three different products to be dewatered simultaneously. Here, a coarse sand and fine sand are being dewatered on the same screen.

When McLanahan purchased Linatex’s North American Process Equipment Division and formed LPT Group, Inc. in 2001, it added the company’s established wet processing line and technical staff to its portfolio. This formalized the inclusion of the Dewatering Screen in classic equipment applications, such as with a Fine Material Screw Washer to gain enhanced dewatering at lower power consumption.

The combination into part of the classic product line also allowed additional washing out of the fines, as well as dewatering, to further improve the final product’s sand equivalency (SE).

McLanahan improved upon aspects of the screen to enhance operation and maintenance. These improvements included: 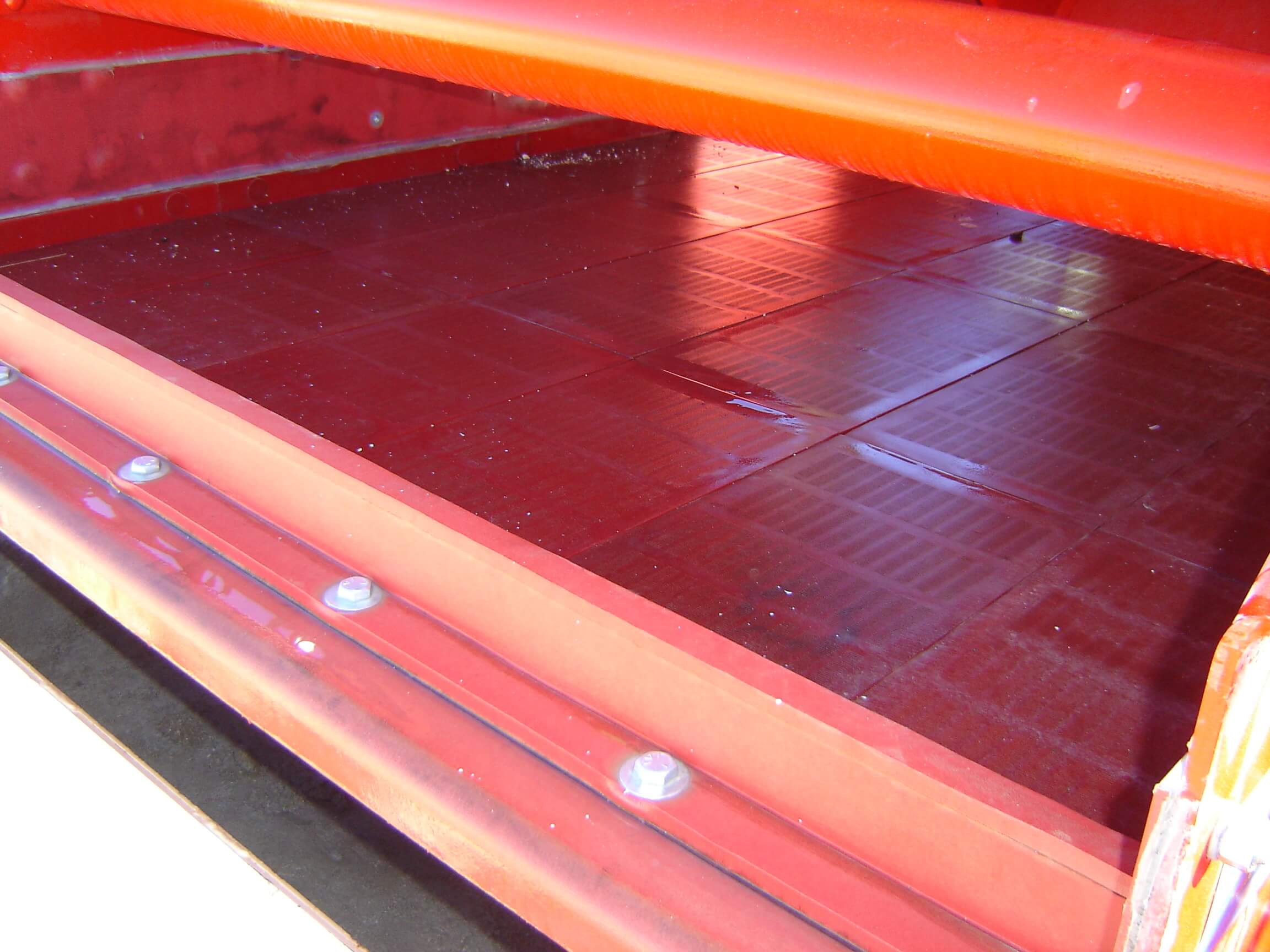 Moving into a New Market

In 2012, McLanahan introduced the Dewatering Screen to the dairy industry for removing moisture from separated bedding sand prior to recycling with milk cows in freestall barns. Similar to their use in industrial applications, Dewatering Screens used on dairy farms produce a consistent drip-free product that allows for quicker recycling turn-around time. Quicker turn-around time means less inventory and less money spent on purchasing new sand.

While the water drains through the sand bed formed on the Dewatering Screen, it also removes up to 80% of the remaining organic matter in the recycled separated sand with it. This creates a cleaner, drier bedding for improved cow health. 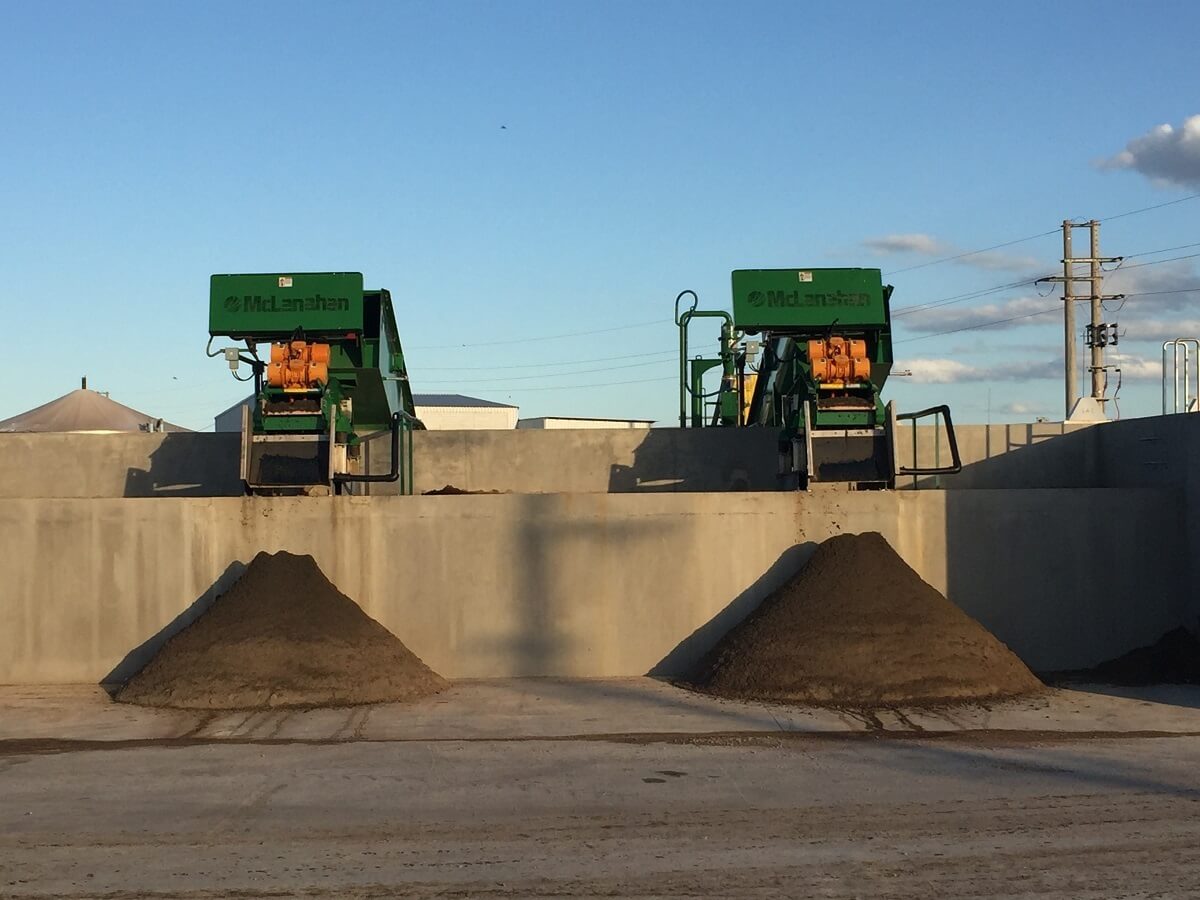 While no one can predict the future, Dewatering Screens have made their mark on the wet processing world for the past 50 years and will no doubt continue to do so. In all industries, they offer producers:

Regardless of your application, a Dewatering Screen can be a great addition if you want to improve product dryness. 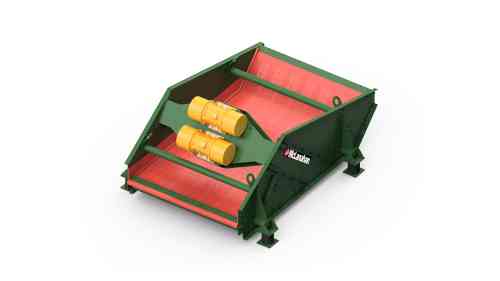 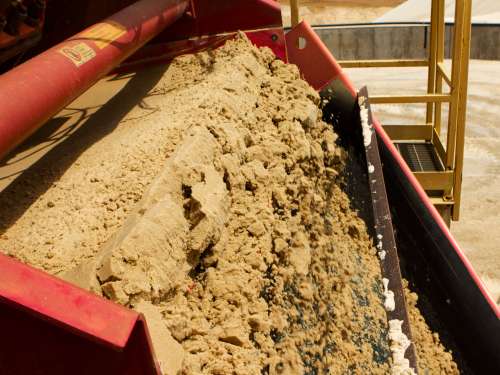 Aggregates How To Size a Dewatering Screen For Your Sand Plant 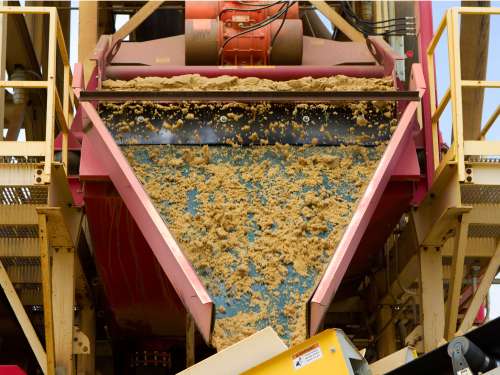 Mining 8 Reasons To Use A Dewatering Screen In Your Application 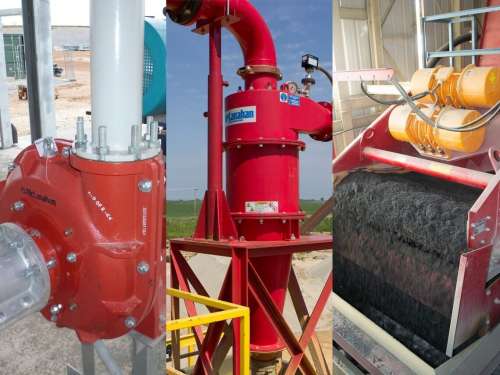