Edmonton Moves Toward 90% Diversion With Help of Rotary Trommels

The City of Edmonton in Alberta, Canada began its recycling efforts in 1986 with their first curbside recycling pilot program. Over the years, the program has increased so that today the Edmonton Waste Management Centre (EWMC) covers 550 acres.

The largest waste processing facility in North America, EWMC is a unique collection of advanced waste processing and research facilities that are helping Edmonton reach its goals of 90 percent diversion of municipal waste from the landfill. Included on the site are facilities for integrated processing and transfer of materials, composting, sorting and processing, e-waste recycling, construction and demolition recycling, greys paper recycling, and the world’s first waste-to-biofuels facility.

“Here in Edmonton, we have the largest most advanced waste management center in North America,” noted Richard Toma, Senior Mechanical Engineer at Edmonton Waste Management Centre. “We take the MSW from about a million people. We break it up, compost one fraction of it and we’re going to be making biofuels out of the other fraction.”

Collecting the municipal waste from over a million people, sorting it to the right processing centers and reaching 90 percent diversion is no easy task. In 2009, when the City of Edmonton closed the Clover Bar Landfill, they decided to replace it with the Integrated Processing and Transfer Facility. Instead of continuing to haul garbage straight to another landfill, this facility allows the city to divide garbage into three separate waste streams – composting, biofuels production and landfill. 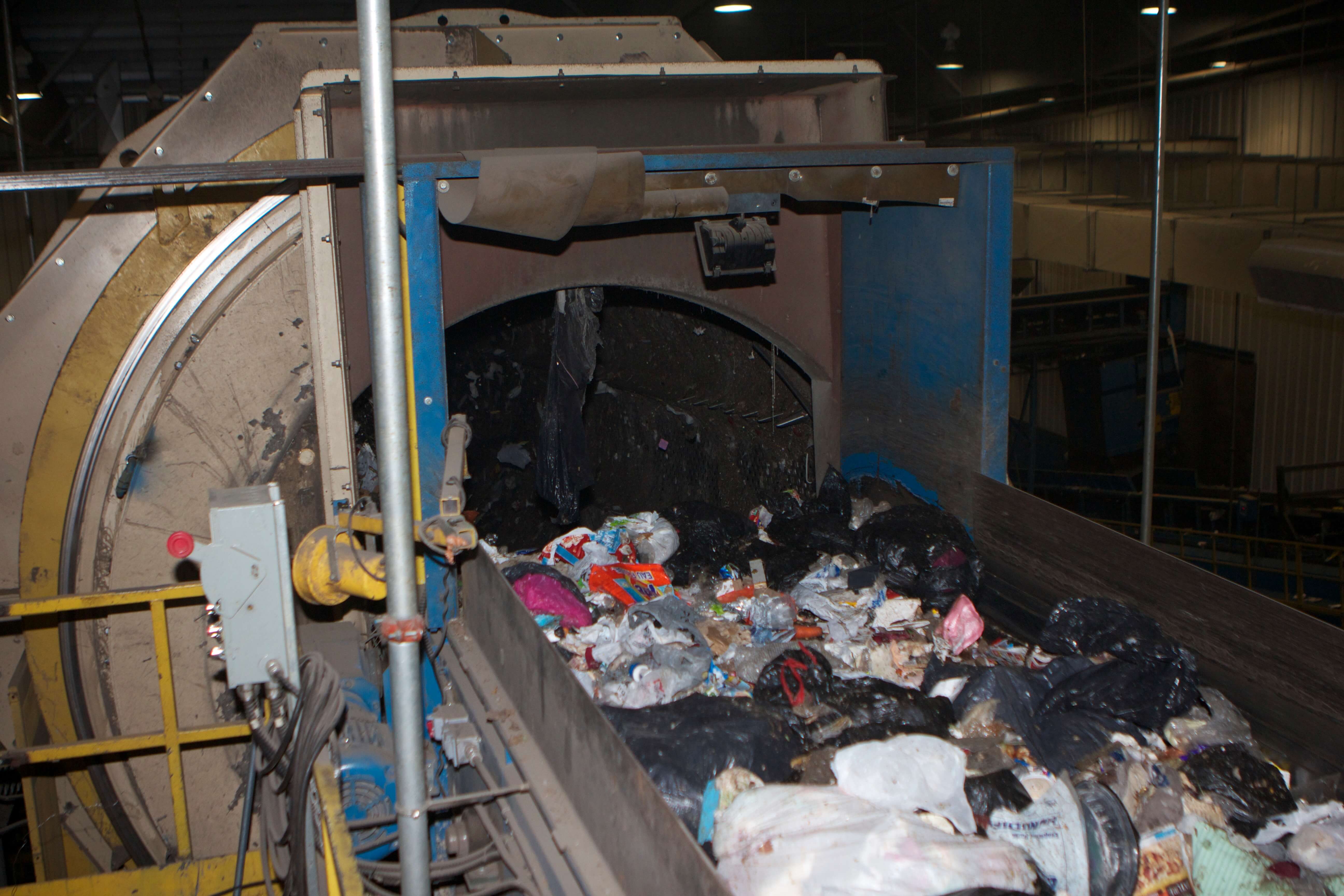 In order to separate the waste material into these three groups, EWMC needed a complete processing facility that would allow them to manually and mechanically separate materials. One of the biggest challenges would be the initial dividing of trash material and opening of garbage bags.

Rotary Trommel Screens are commonly used in waste handling. By utilizing different size screen openings material can be sized and screened as it moves through the machine. Edmonton needed to find a reliable trommel to open garbage bags, while still accurately separating waste material.

“I don’t think people want a landfill anymore,” said Toma. “So when you don’t want a landfill you have to deal with the waste and process it. You have to use waste processing equipment. Trommels are used for separating waste into different components and as we move away from landfilling, we’re going to need this type of equipment more and more.”

Edmonton needed not only accurate sizing and screening from its Rotary Trommels, but also a solution to opening the garbage bags, so they reached out to McLanahan Corporation. 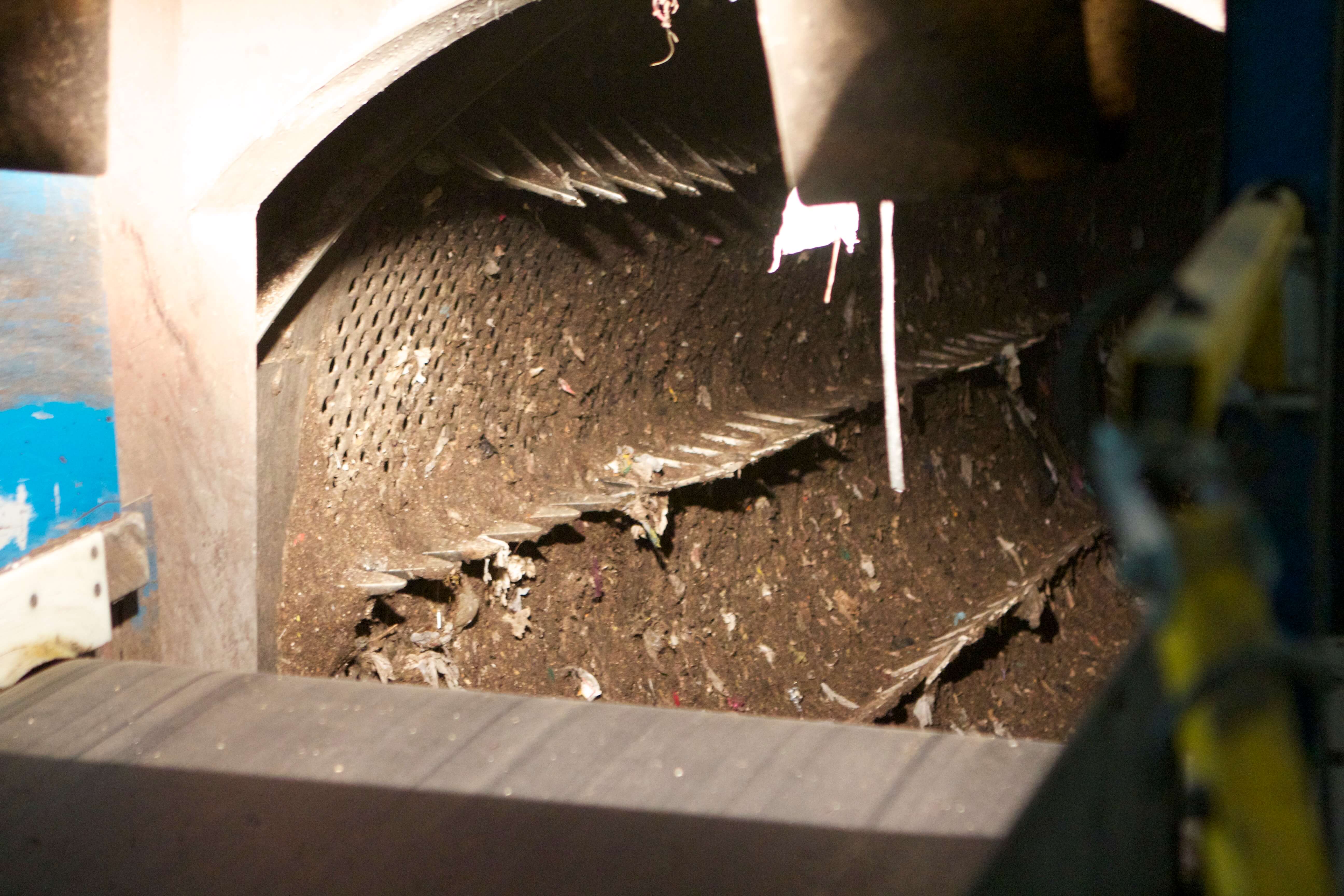 McLanahan engineers were able to work with the team from the City of Edmonton to design two 120-ton Rotary Trommel Screens that included bag breaking spikes. These bag breakers tear open garbage bags and allow the material inside to combine with unpacked material and be separated by the different sizes of screens inside the Trommels.

“Our McLanahan Trommels have two types of screens in them and bag breakers,” noted Toma. “The bag breakers, as the name implies, break up the bags. The two inch screens separate the organic material and that’s a really rich organic product that goes straight to the composter. The nine inch screens separate it again to two to nine inch fraction and that goes to another piece of separation, which sends a fraction to the composter and another fraction to biofuels.”

With the completion of the Integrated Processing and Transfer Facility, EWMC has been able to continue growing and expanding their operations as they move toward 90 percent diversion. By utilizing McLanahan’s Rotary Trommels, they have been able get better recovery on their composting materials and create the separations needed to send material to their Waste-to-Biofuels Facility. 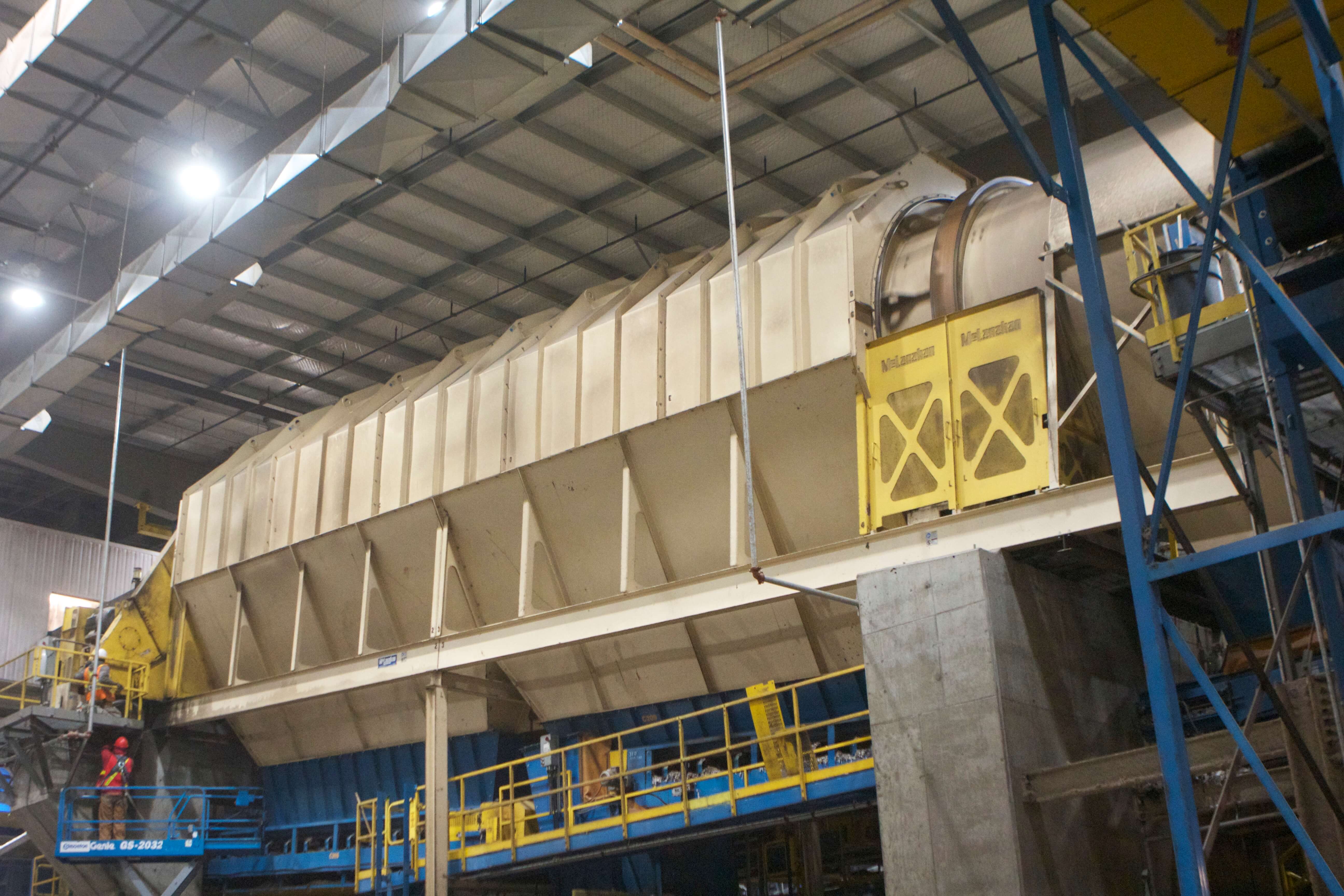 “We process the MSW generated by about a million people here, and the heart of our system is our McLanahan Trommels,” said Toma. “And what they do is they help us break up the waste and separate the organic component, which goes to our composter. The inorganic component is destined for our biofuels facility.”

Edmonton’s Waste-to-Biofuels Facility is the world’s first industrial scale waste-to-biofuels facility of its kind, turning household garbage into biofuels and biochemicals. Initially the facility will produce methanol, followed by ethanol.

Toma also noted that because processing municipal waste is not without its challenges, he appreciates the effort McLanahan makes to offer him continued service and support when it is needed.

“These are big machines. They work fairly well, but MSW is very challenging material. It’s always changing, and so whenever we’ve needed technical support from McLanahan they’ve been very responsive. They’ve come to our site, helped us out, answered all our questions,” said Toma. 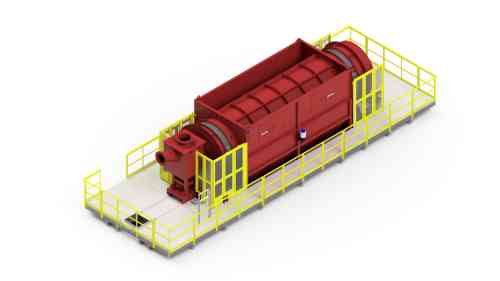 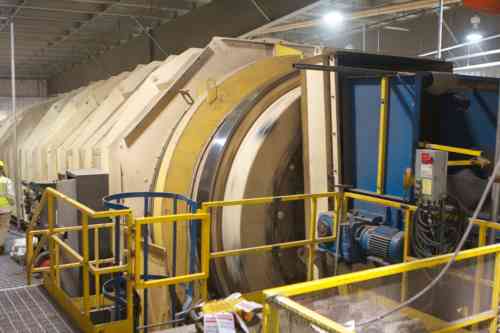