By: Dennis Zink April 28, 2020
While belt presses and recessed plate presses both dewater slurry material, there are four key differences between the two pieces of equipment. 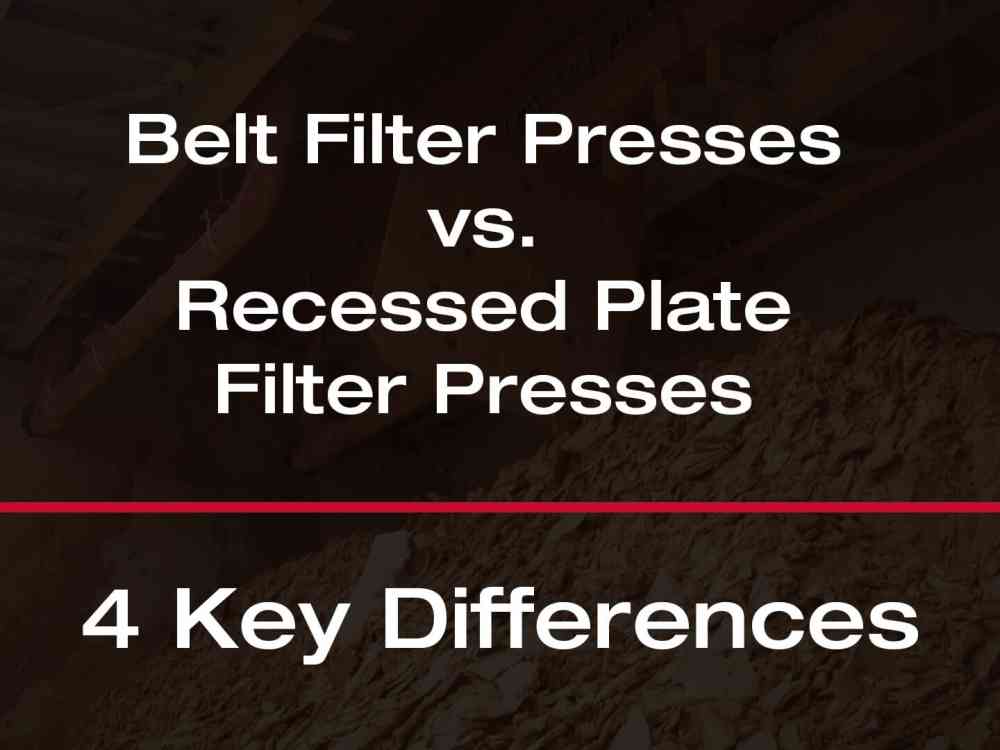 Belt filter presses and recessed plate filter presses are both used to separate solids and liquids in slurries in a variety of applications, including the aggregate and mining industries.

The similarities between the two pieces of equipment end there, however. Besides design and how they work, belt filter presses and recessed plate filter presses differ in four key areas, which are outlined below.

Belt filter presses are a type of equipment used to separate solids and liquids in slurries.

The slurry is continuously fed to a delivery zone/box, then forced between two moving porous belts. The belts pass over and under rollers of various diameters, forcing the liquid to be squeezed out of the slurry while the solid cake material is retained between the belts. Increased pressure is created as the belt passes over rollers of decreasing diameter.

The general mechanical components of a belt filter press include:

Belt filter presses have low to medium initial capital cost, with a smaller footprint for installation. Operating costs tend to be high due the need for a full-time operator and the use of chemical dewatering aids.

Maintenance costs are also expensive due belt and roller wear as well as failure from continuous movement of the tensioned belts between the rollers. Belts and roller bearings require frequent replacement, creating lower overall availability. Belt presses have a reputation of requiring frequent belt washing and are very sensitive to process variations. 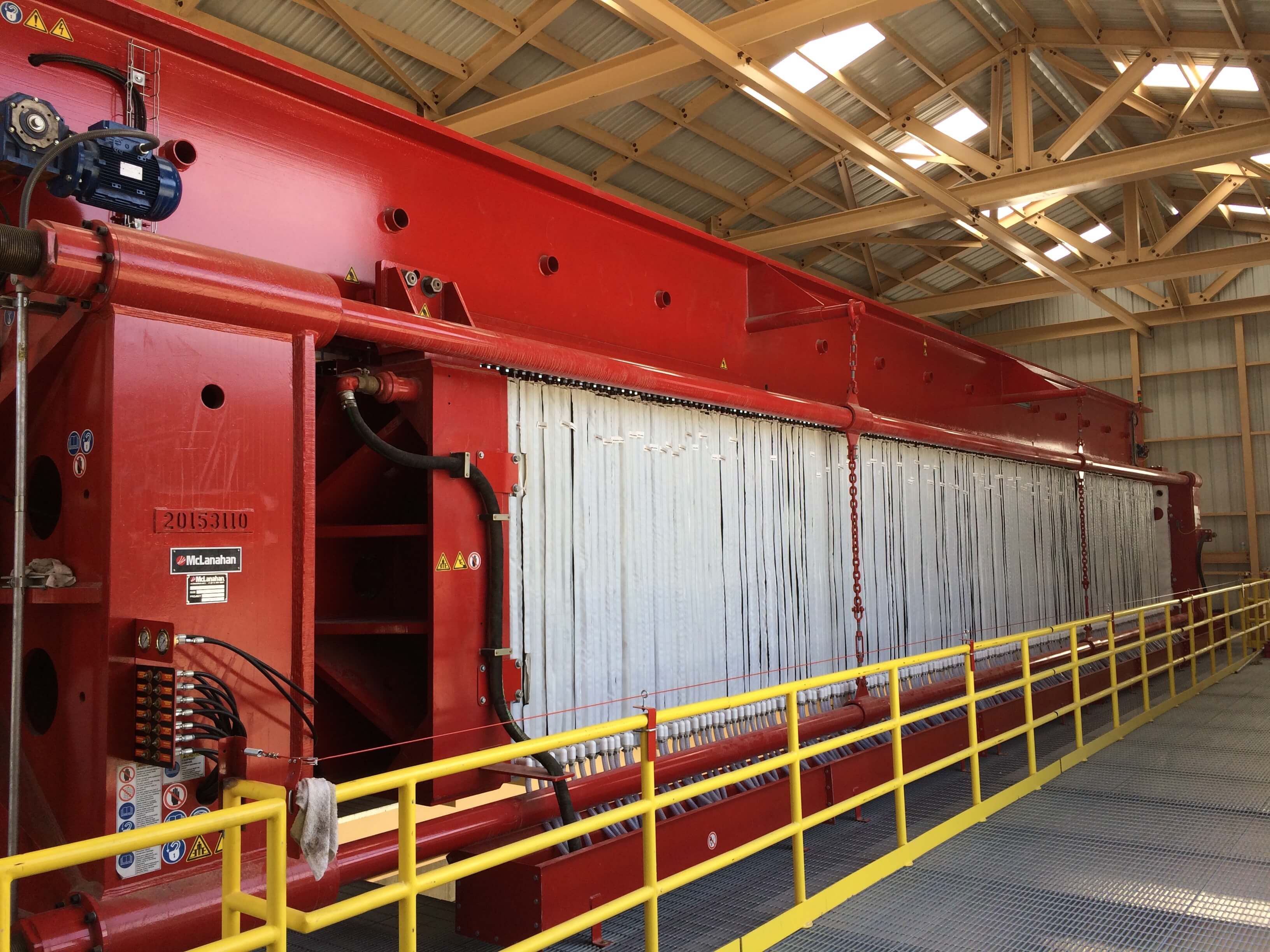 Recessed and membrane plate filter presses are among the oldest types of dewatering devices, having been used centuries ago to recover olive oil and grape juice. Today, filter press equipment is commonly used in aggregate and mineral processing waste slurry applications as well as mineral concentrate processing.

Typical filter presses are composed of a heavy-duty support framework holding a series of polypropylene plates with concave surfaces on each side of the plate. Synthetic filter cloths cover the plate surfaces completely to allow the initial separation of slurry liquid and solids. The plates are tightly clamped together with hydraulic pressure, creating a void space between the plate surfaces.

Once all the filter cakes drop from the press, a new batch cycle can begin again with the press closing and clamping the plates together.

Depending on the type of material being dewatered and the size of the filter press equipment, the cycle time can vary from as short 10 minutes up to several hours or more.

To handle large volumes of slurries — up to 100 tons per hour of dry material, modern filter presses can be very large and require a large space for installation. Common filter press plate sizes today can be up to 8' wide by 8' tall (2.5m x 2.5m) or larger. The up-front investment for a recessed plate filter press can be high due the size of the equipment and the required support structure.

Four Key Differences Between A Belt Press and a Plate Press

A belt filter press is operated as a continuous process.

The slurry being dewatered flows into the feed box while the filtrate drains through the filter belts, with the dewatered cake continuously discharging from the end of the press.

The benefit of a continuous system is no requirement for a surge or buffer tank prior to the belt press.

A recessed or membrane plate filter press operates in a batch mode.

The slurry flow at the beginning of each cycle is very high because the chambers between the plates are empty. As the chambers fill, the slurry flow rate decreases until very little additional slurry can be pumped into the press. At that time, the pump is stopped to allow the cakes to be discharged out of the press. Once the cakes all discharge, a new cycle can begin.

Because of this batch nature of the plate press operation, a surge or buffer tank is required to accumulate the slurry while the slurry feed pump flow is low or stopped.

Belt presses require the use of a chemical flocculent to attract the fine solid particles in the slurry to agglomerate into larger particles that will drain water easier.

In most cases, the amount of chemical added is directly related to how dry the dewatered cakes eventually become at the discharge of the belt press.

Plate presses typically do not require any chemical additives to aid dewatering because the slurry material is forced with a feed pump into a closed space between the filter plates. Much higher dewatering pressures can be generated in the plate press, resulting in drier cakes.

In general, for any given type of slurry, a plate press will be able to attain 5-10% lower moisture cakes compared to a belt press.

Belt presses require full-time operators due to their inherent sensitivity to process changes and the need to make routine adjustments to optimize dewatering efficiency.

Plate presses can be fully automated, so they require only periodic monitoring. The slurry feed pressure and flow are continuously monitored on a plate press, allowing the control system to automatically adjust the dewatering cycle length to maintain optimum dewatering efficiency when normal process changes occur.

Typical maintenance cost for a belt press will be higher compared to a plate press primarily due to the higher number of continuously moving parts on a belt press.

The belt press uses two continuously moving filter belts that are driven and directed by 15-20 rollers. The rollers and roller bearings are exposed to the fine slurry particles as well as the filtrate that drains through the belts. This causes continual buildup of solids on the rollers and belts, which causes abrasion as well as overall corrosion, eventually requiring replacement of the rollers and belts.

The entire belt press must be cleaned periodically to prevent excessive buildup damage and to minimize abrasion and corrosion. The cleaning and maintenance repairs required on a belt press cause loss of operating time, lowering the overall efficiency.

The plate press operation involves very limited movement of the filter press components. Once a cycle for very shorts periods of time (typically only a few minutes), the filter plates are closed to begin a new cycle and opened to discharge the cakes. Therefore, very little wear occurs from the limited movement of the plates, typically resulting in much lower maintenance cost. Periodic cloth cleaning may be required, but this is dependent on the cloth material and the type of material being dewatered. 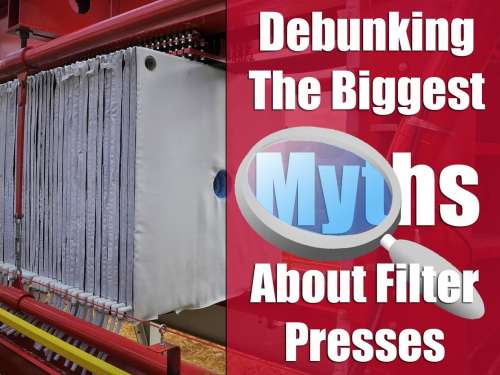 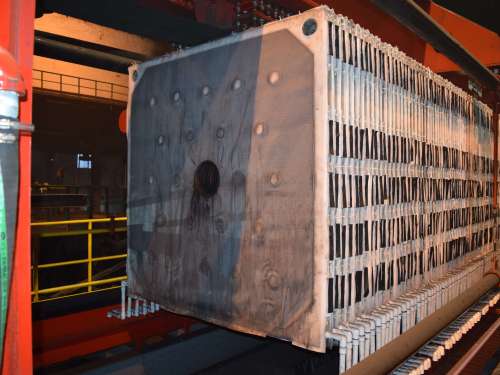 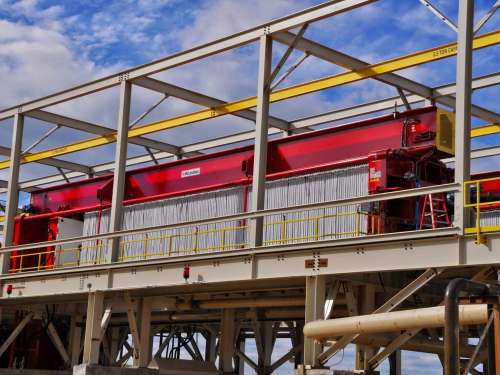