By: Alan Bennetts March 20, 2019
Hydrocyclones are used for desliming, dewatering and sizing a variety of products, including sand, construction aggregates and industrial minerals. Containing no moving parts, these machines are relatively straightforward. Here are five things you need to know about Hydrocylcones. 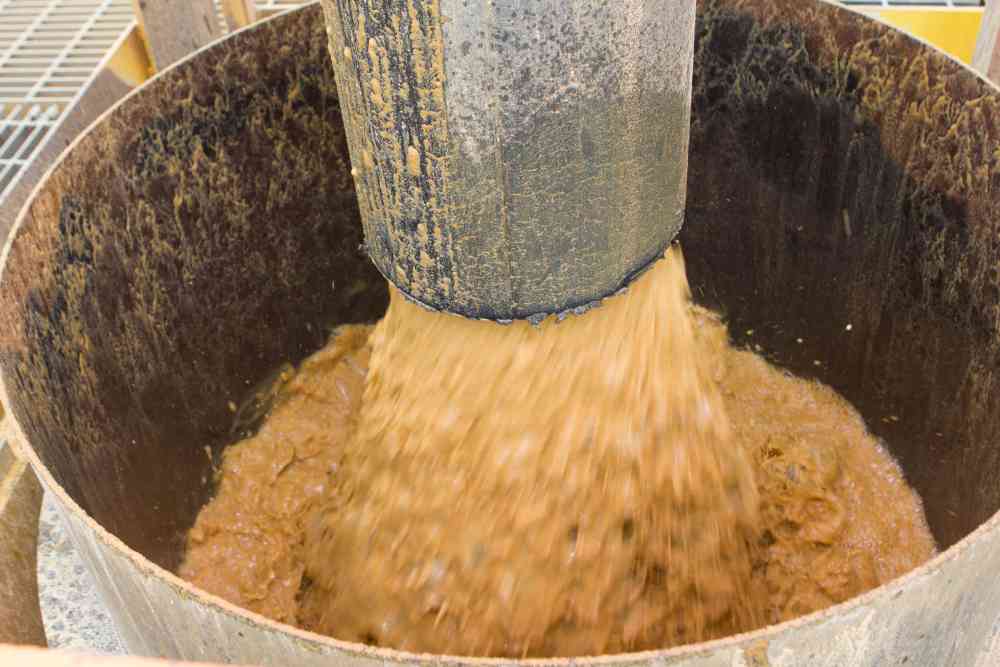 A Hydrocyclone, or more commonly referred to as a cyclone, is simply a configured pipe tee. It requires certain elements in its design in order to perform a separation of material based on size gradation, but a Hydrocyclone is straightforward.

The mystery of a Hydrocyclone comes from the inability to see what is happening inside. The following tips can help you get some insight into what your Hydrocyclone is doing.

1. Pressure at the inlet of the Hydrocyclone can tell you a lot

Pressure at the inlet of the Hydrocyclone is an important indicator of where the separation point (also called cut point or d50) will be. The separation point is the size at which a particle has a 50-50 chance of reporting either to the underflow or overflow.

When the pressure is below the target pressure, the d50 will be coarser than desired. Higher pressure than the target will send more fines into the underflow, thereby making a finer d50 than desired.

The pressure should remain stable to keep the cut point constant. 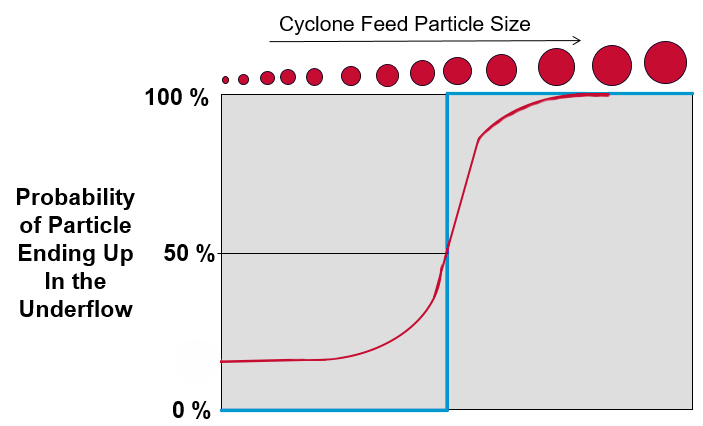 When troubleshooting a Hydrocyclone's performance, the first thing you should look at is the pressure gauge since dismantling the unit can be difficult due to location. 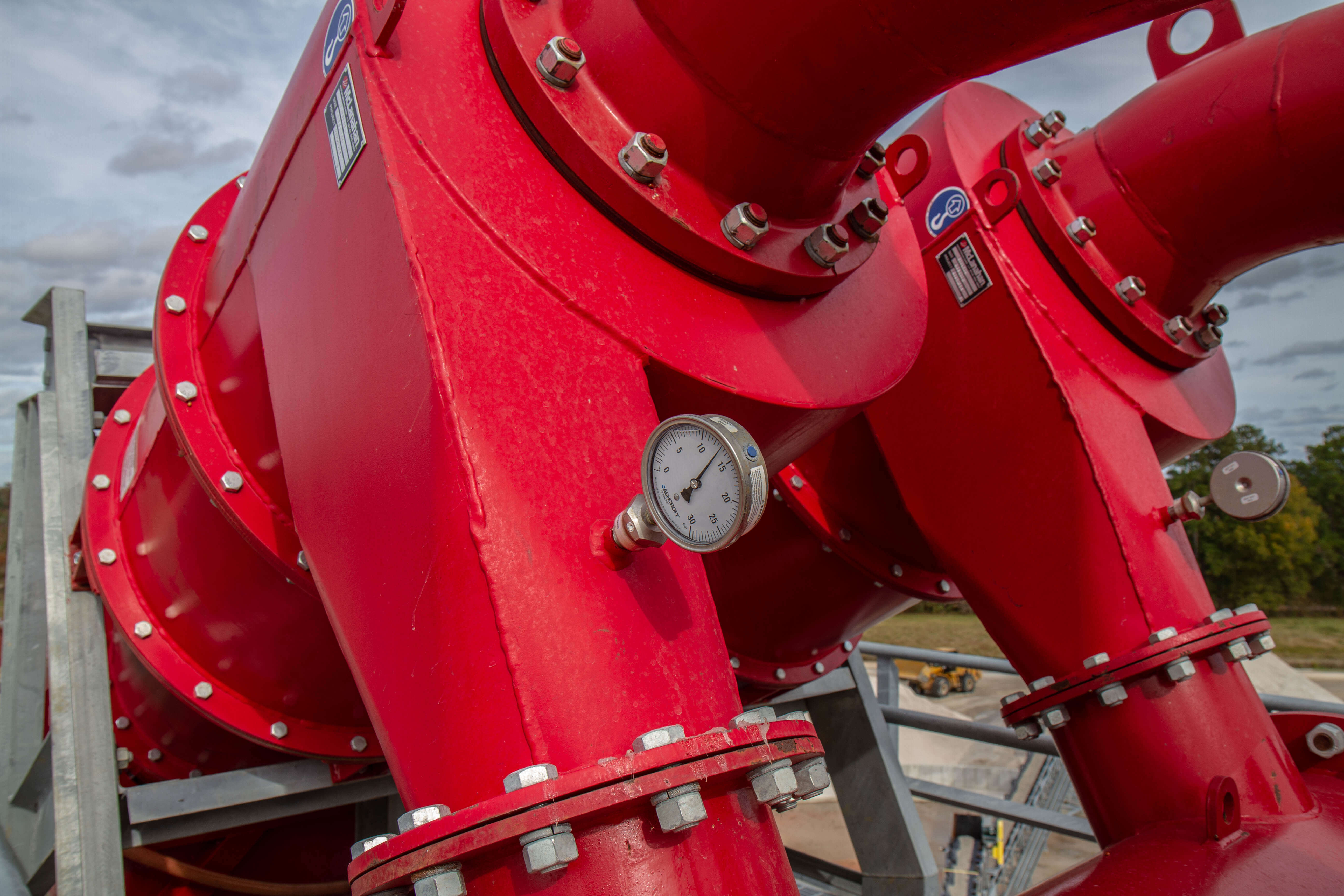 2. There are other ways to change the separation point besides changing the pressure

Three of these methods involve the Hydrocyclone itself, but the first one you should look at is altering the feed.

While it is not always practical to do so in an existing application, changing the feed density will affect the cut point of the Hydrocyclone. The higher the density in the feed, the coarser the cut will be.

As noted in the graph below, different applications target a particular density that fits their objective. Keep in mind that when the same performance is desired and there needs to be a change in the application, changing only the flow rate or tons per hour (tph) will affect Hydrocyclone separation. 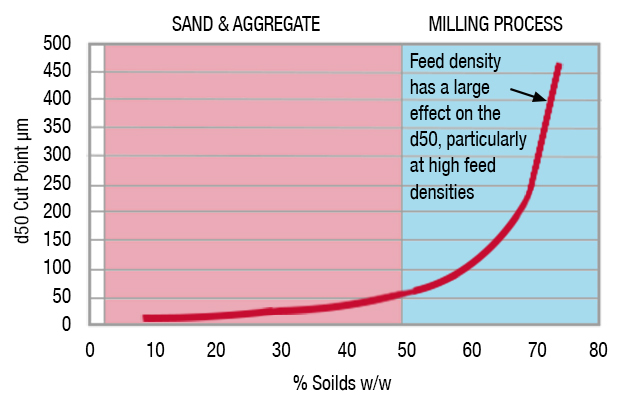 The cone angle plays an important role in the cut point of a Hydrocyclone.

Generally, for fine cuts with a Hydrocyclone, a 10-degree angle cone angle is used.

To make a coarser cut, the angle is increased as needed. Twenty-degree cones are common in a lot of aggregate applications, but 40 degrees and even 60 degrees have been utilized.

Not seen as much, the installed angle of the Hydrocyclone will also change the cut point. 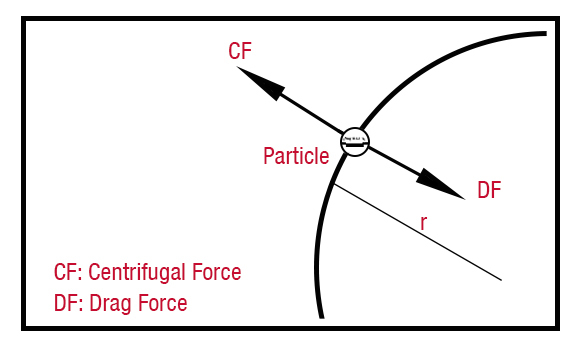 A particle having equal amounts of centrifugal force and drag force will have a 50-50 chance of going to either the underflow or overflow.

Multiple, smaller Hydrocyclones operating at the same pressure as one large Hydrocyclone will have a finer cut point.

Without going too deep into the math, the two forces that have the most impact on the cut point are centrifuge (CF) and drag (DF).

With the CF directly affected by the radius of the Hydrocyclone, the cut point changes. The cut point is where a particle has an equal amount of CF and DF, thereby giving it a 50-50 chance of going either way. 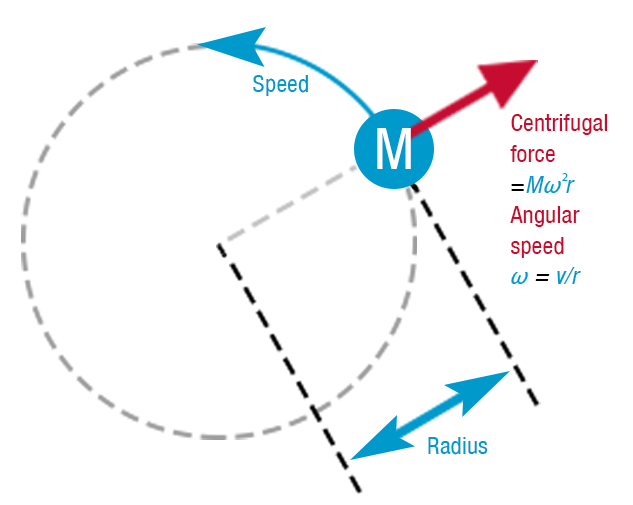 The larger the radius of the Hydrocyclone, the lower the centrifugal force.

3. A Hydrocyclone has no moving parts

It may be obvious to state that a Hydrocyclone has no moving parts, but many times it is overlooked when troubleshooting.

A Hydrocyclone is composed of a housing, liners and assembly hardware, so there are only so many things that can go wrong with the Hydrocyclone itself.

Foreign debris, lining failure or improper assemblies are the main issues that can be traced back to the Hydrocyclone. Arguably speaking, the foreign debris is caused by the feed but can only be found by looking inside the Hydrocyclone or at the discharge points.

Dismantling a Hydrocyclone is not always the easiest task because they tend to be installed in hard-to-reach locations, so it can pay off to ensure all equipment prior to the Hydrocyclone is operating properly. 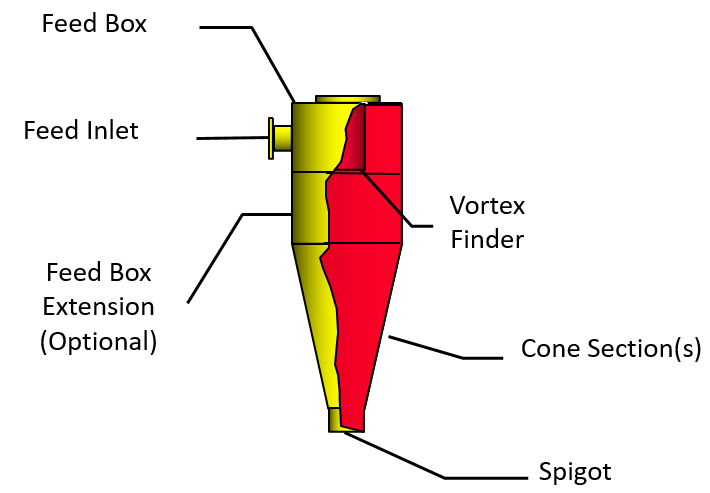 A Hydrocyclone operates at a required pressure, which is usually provided by a pump. Anything that causes instability in the flow rate, as shown by the pressure reading, will affect the performance of the Hydrocyclone.

A poorly designed sump can send entrapped air or surges in materials.

4. A Hydrocyclone can be modified to make a dry underflow while maintaining a high separation efficiency

A Hydrocyclone uses an air core, which forms at the apex and extends up to the vortex finder. The formation of this air core is paramount to making a separation, and if it collapses, the separation efficiency dramatically drops. Therefore, the idea of modifying a Hydrocyclone to completely remove the air core should be doomed to failure.

A Separator™ or siphon-assisted Hydrocyclone does exactly that and maintains a high separation efficiency. The cut point shifts slightly coarser.

There are a number of reasons for this shift, but one that is easy to see is the change in the water split. Fines go with the water, and a Separator™ decreases the amount of water reporting to the underflow.

The name itself comes from the idea of separating the water from the solids.

In addition to lower percent moisture in the underflow, a Separator™ is able to handle larger swings in percent solids in the feed with minimal effect on performance. 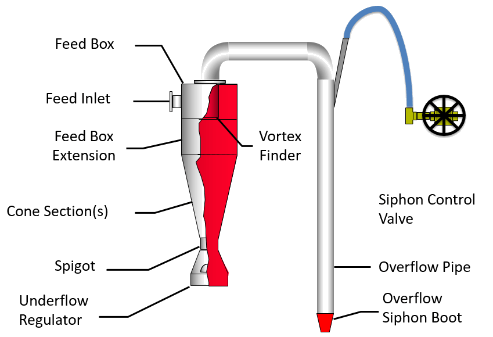 A Separator™ consists of an underflow regulator, also called "fishtail," "lip seal" and numerous other names, to eliminate the forming of the air core and a set-length overflow pipe to create the siphon. The siphon pulls the underflow regulator closed to allow the solids to build up.

A properly operating Separator™ will run on water with no underflow discharge. 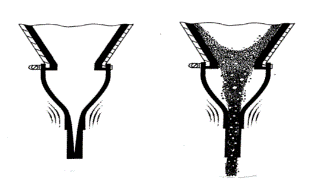 5. There will always be some fines in the underflow as part of the bypass

Simply put, fines will always follow the water. Since the underflow of a Hydrocyclone or Separator™ will always contain some water, there will be fines.

With a Hydrocyclone, this is accomplished by adjusting the spigot size. 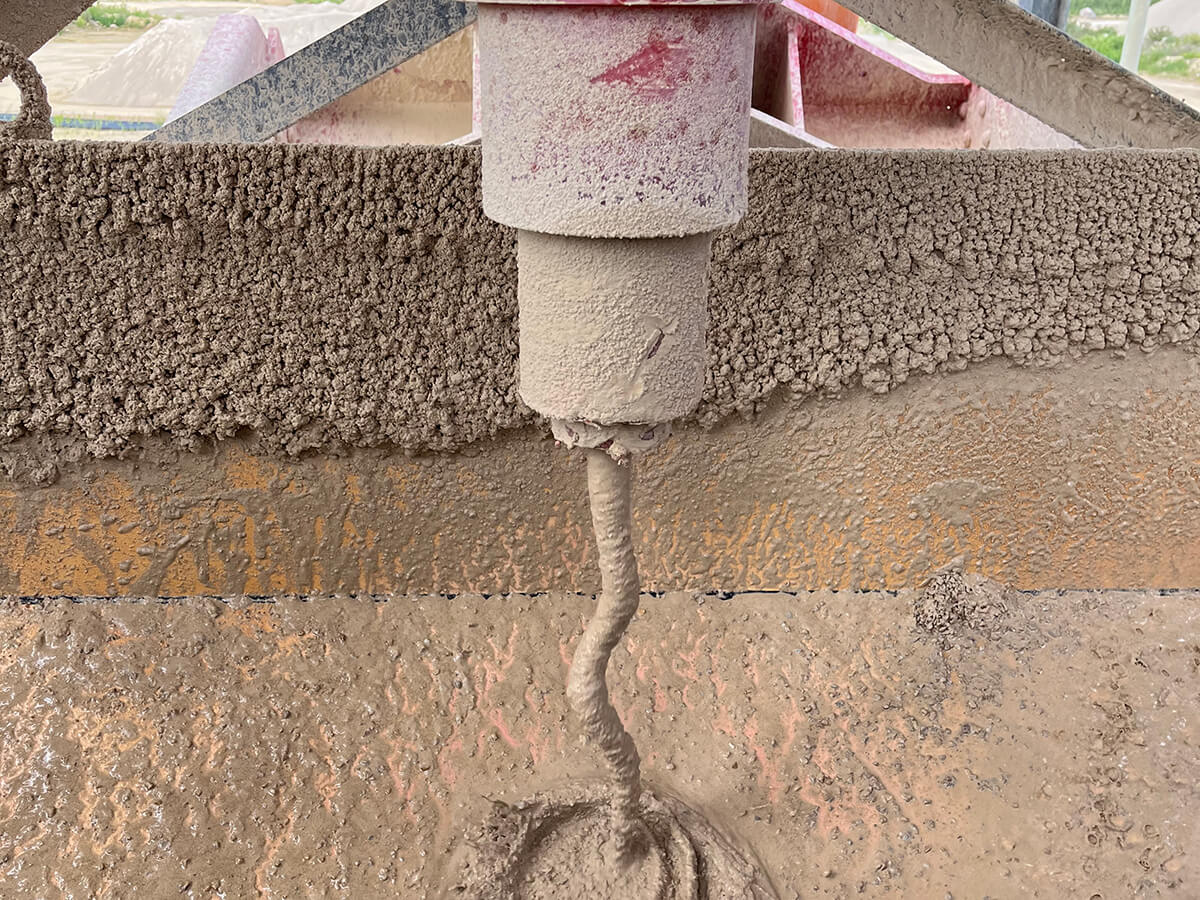 Too small of a spigot will cause roping in the Hydrocyclone (shown in the photo above) and decrease separation efficiency, while too large a spigot will increase the bypass. For these reasons, Hydrocyclones work best when the throughput or tph is consistent.

The bypass in a Separator™ is less because the siphon-assisted Hydrocyclone removes extra water and is less affected by throughput swings. 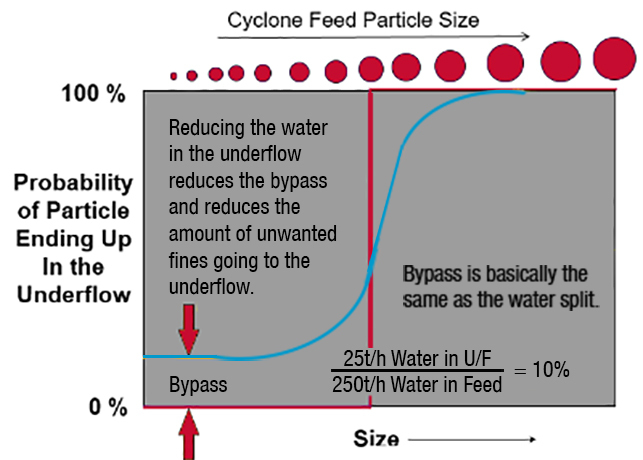 The spigot size affects the amount of bypass fines.

When targeting low fines in the underflow, it may be necessary to have multiple stages of Hydrocyclones if there is a significant amount of fines in the feed. This is especially true when there is a large amount of the size fraction near the cut point.

Hydrocyclones are simple, but there is still a lot to know about them in order to get the most out of them. For operational best practices and maintenance tips, check out Hydrocyclones and Separators™ on the Equipment Maintenance page. 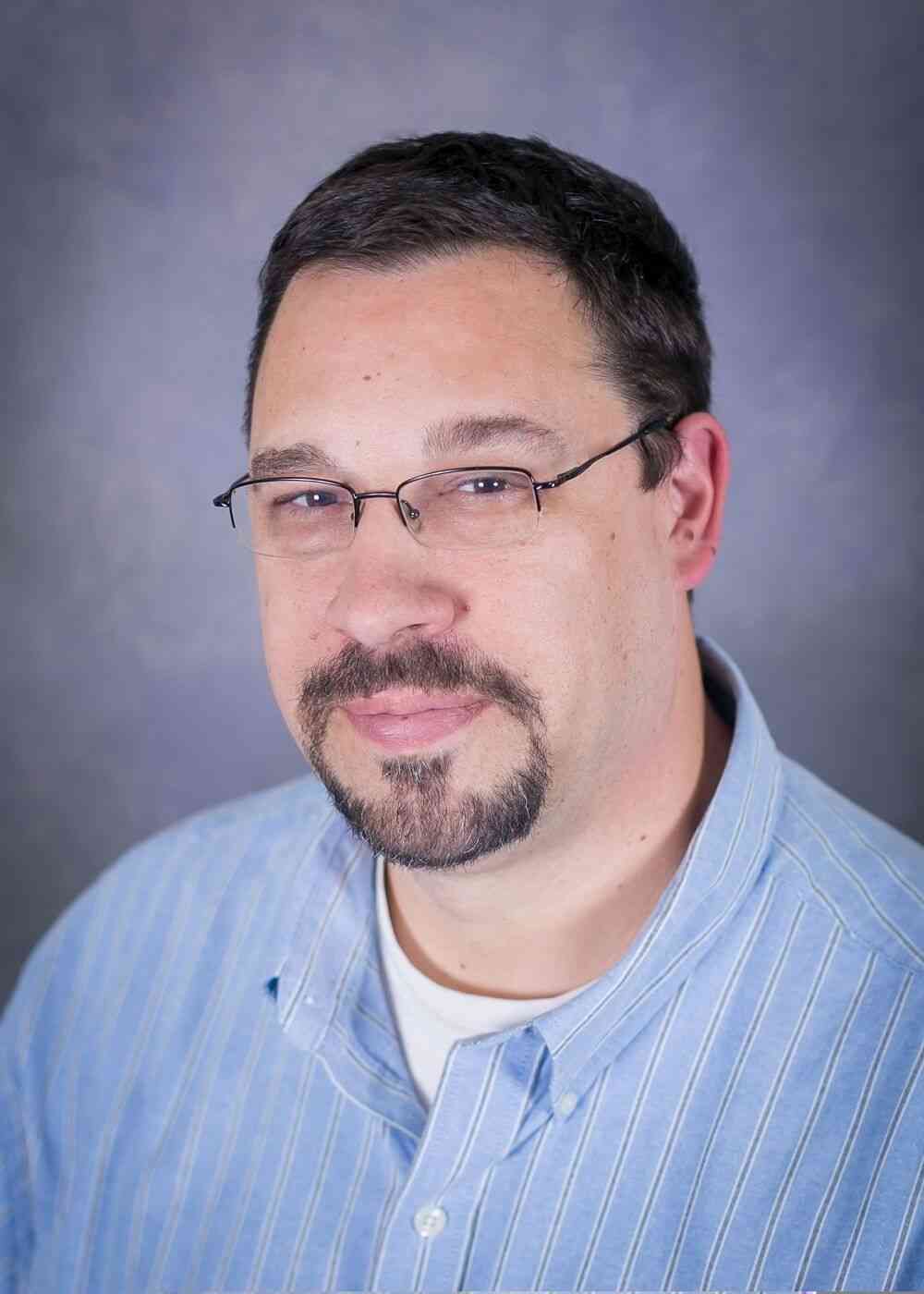 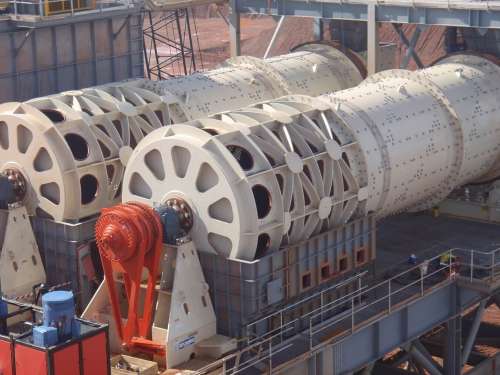 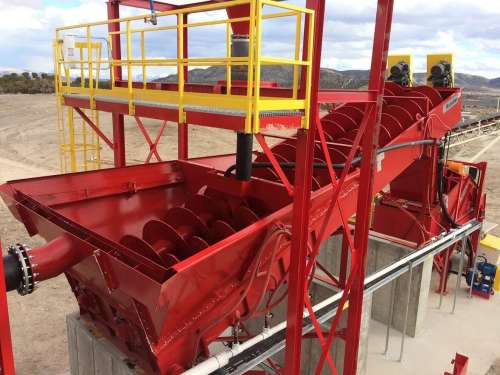 Fine Material Screw Washers: The Good, the Bad and the Ugly 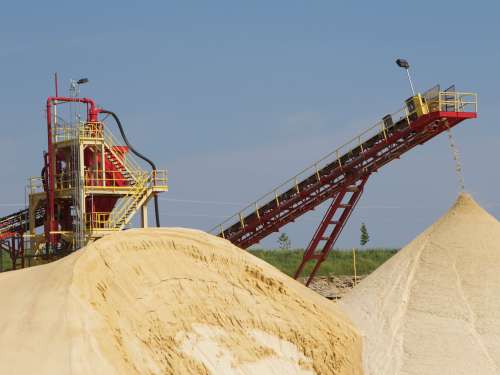