Screening is an important part of processing and is used to separate material according to its size. Material is typically fed to a single-, double- or triple-deck screen to make the required sizes.

Screens can be considered the cashbox of the operation, because while crushers make the gradation, screens make the specification. Material must go through or over a specified size to end up in the right pile. Unlike the crushers, Vibratory Screens cannot produce material; they can only size material that is already reduced to the product sizes. Vibratory Screens allow crushers to achieve maximum performance by sizing the material feed to the crusher and efficiently removing the finishing product from the circuit as it is produced.

Vibratory Screens can be subdivided into Inclined and Horizontal style screens. Today's screens come in widths from 4’-12' wide and from 8’-32' long. Screens are normally sized so that the length is 2.5 times the width. The width of a screen will determine the maximum carrying capacity of the screen deck, while the length of the screen will determine the overall efficiency of the deck. 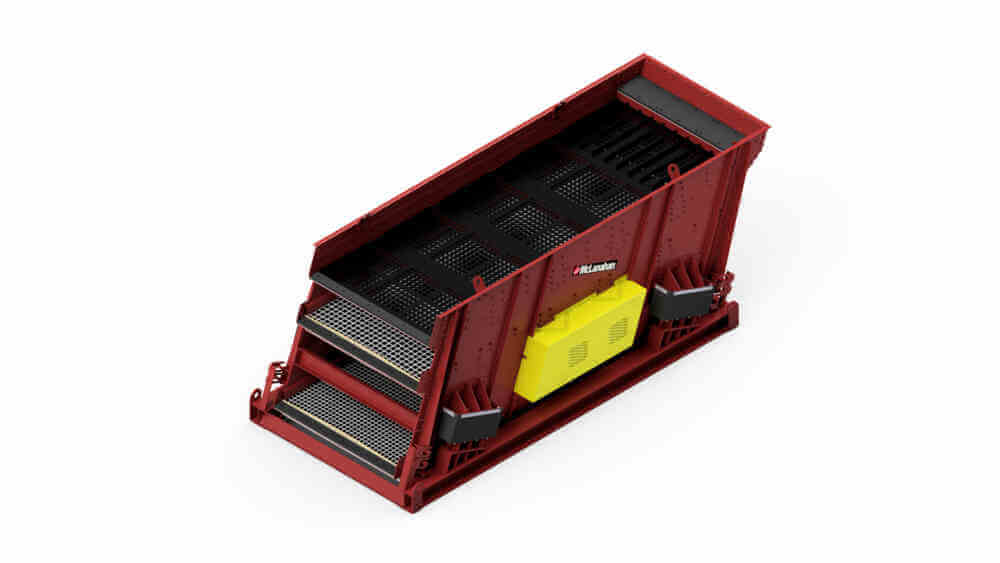 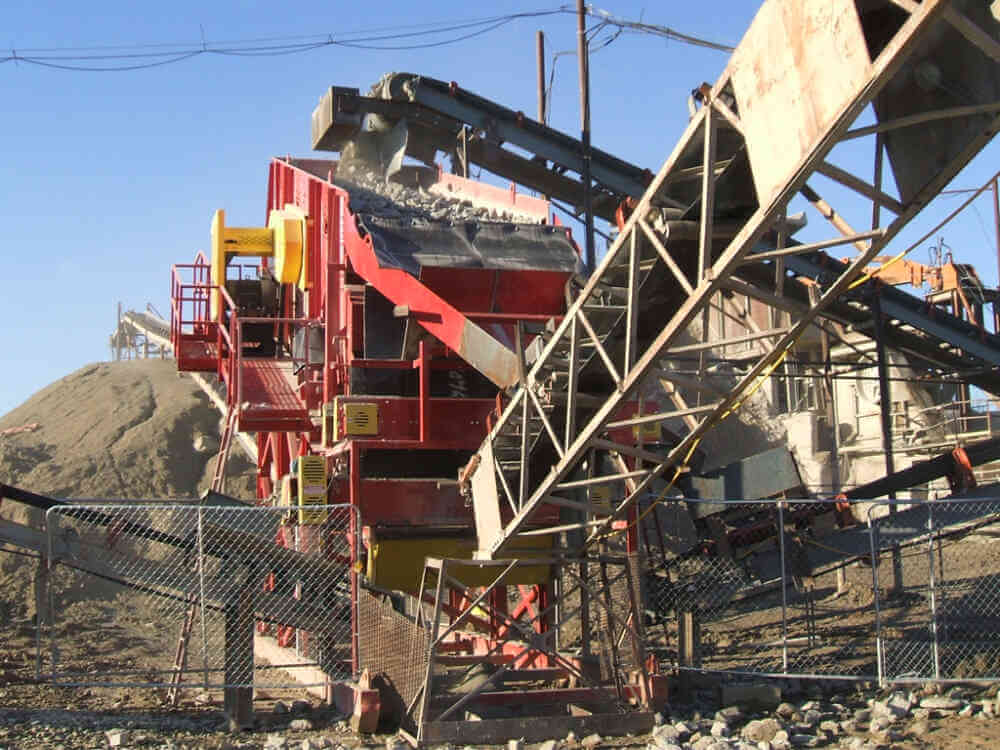 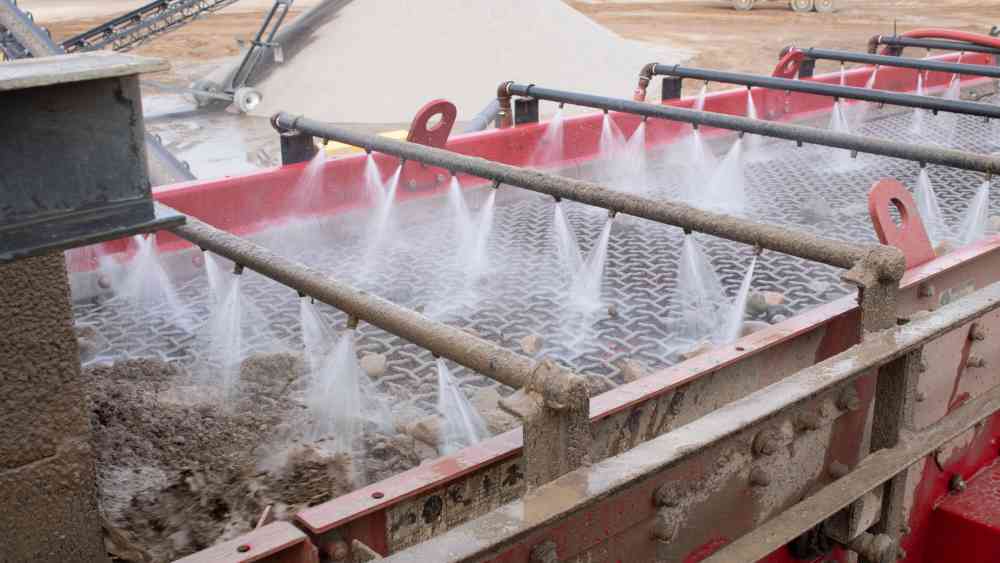 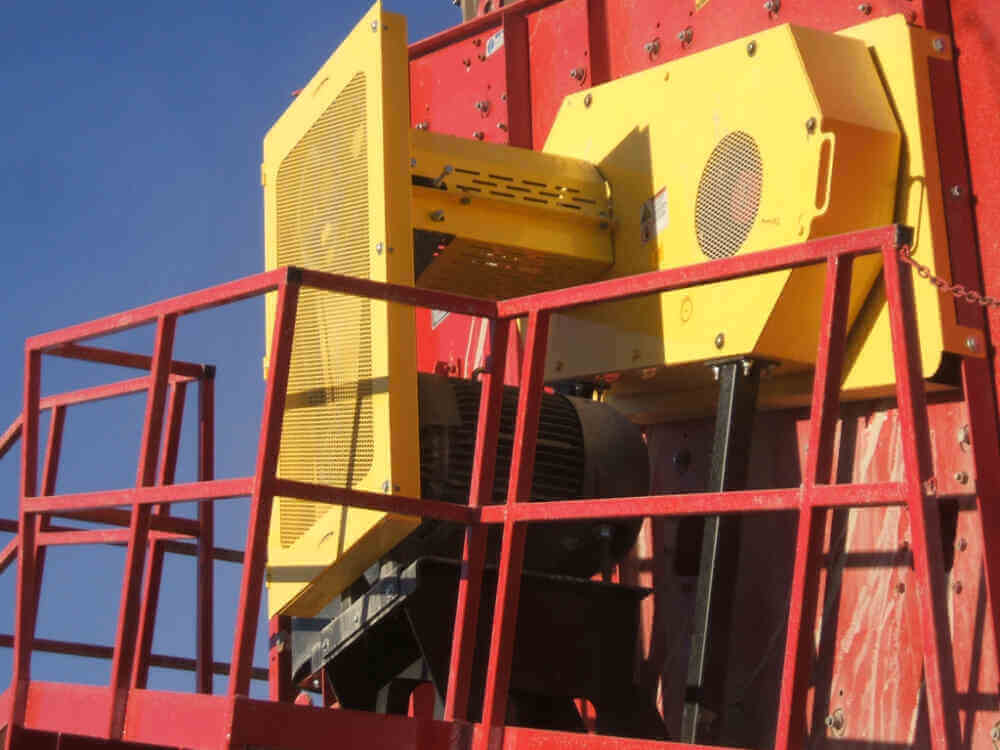 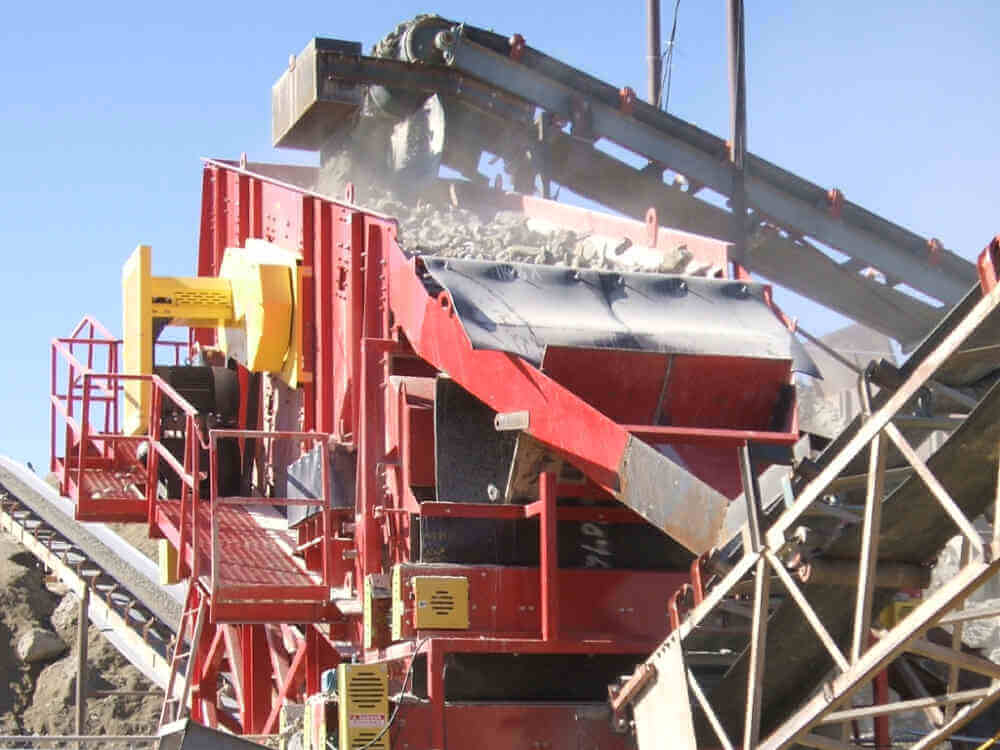 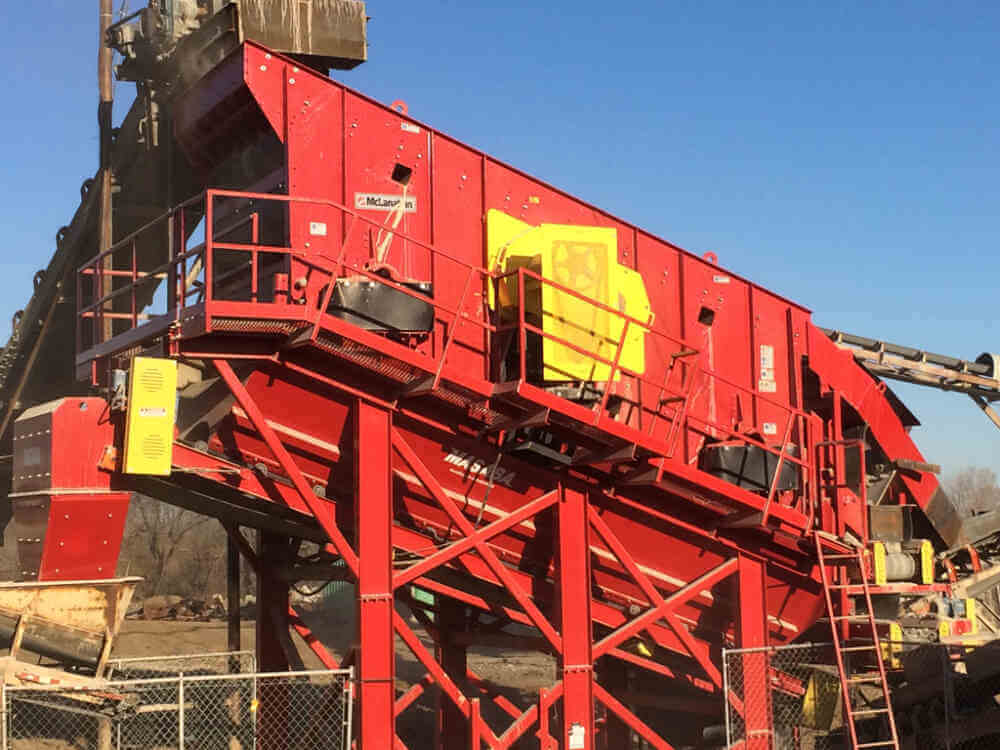 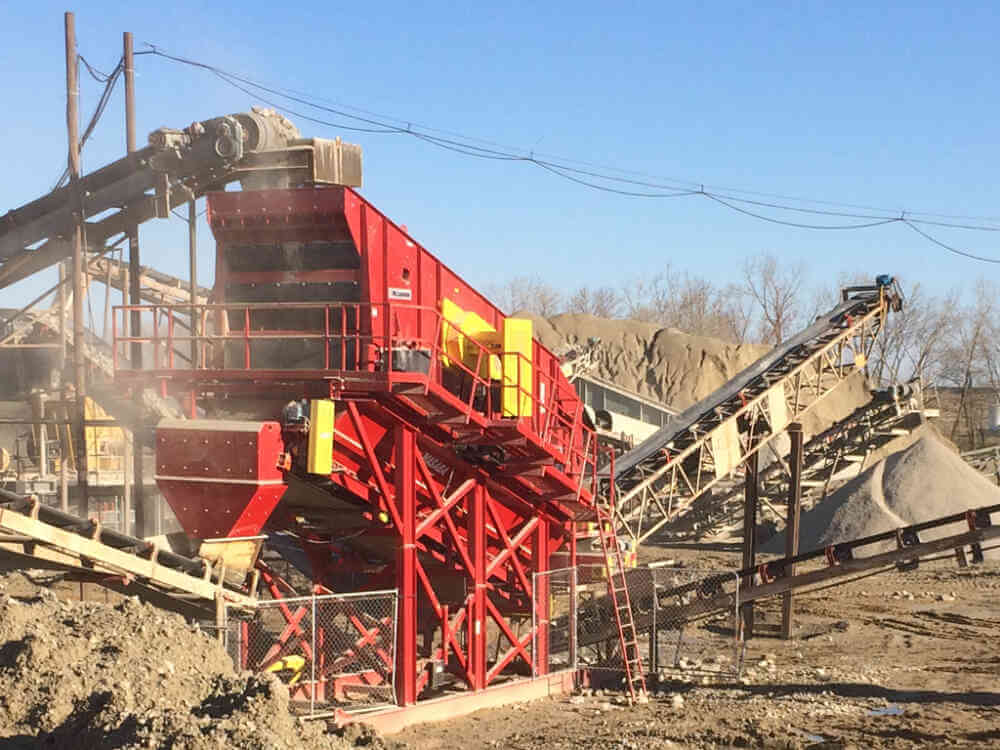 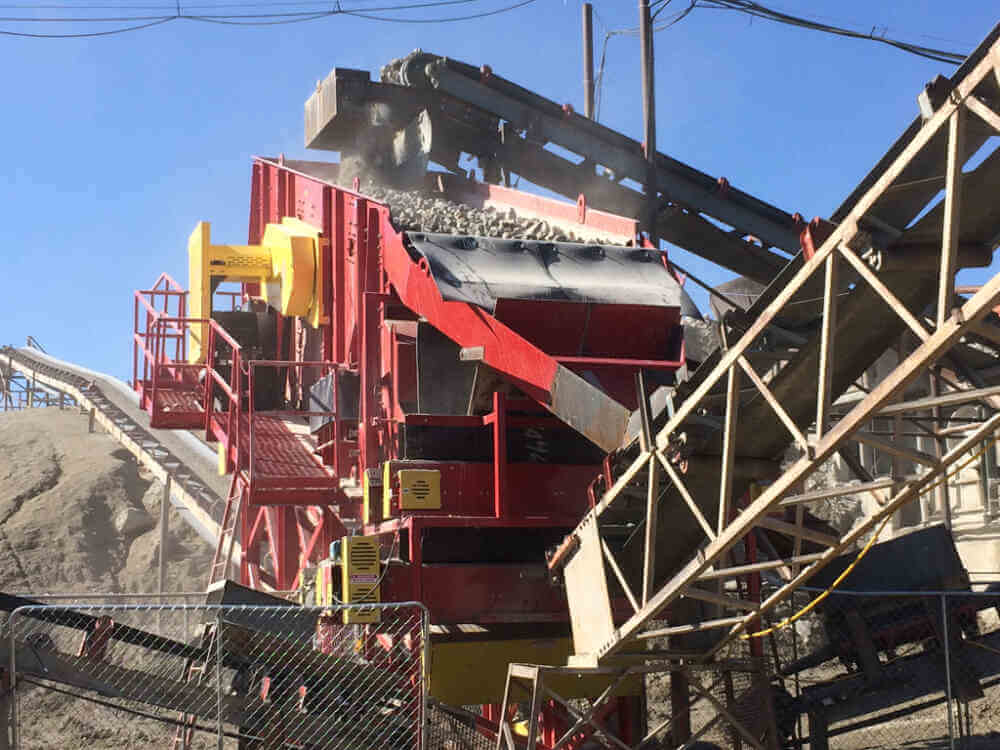 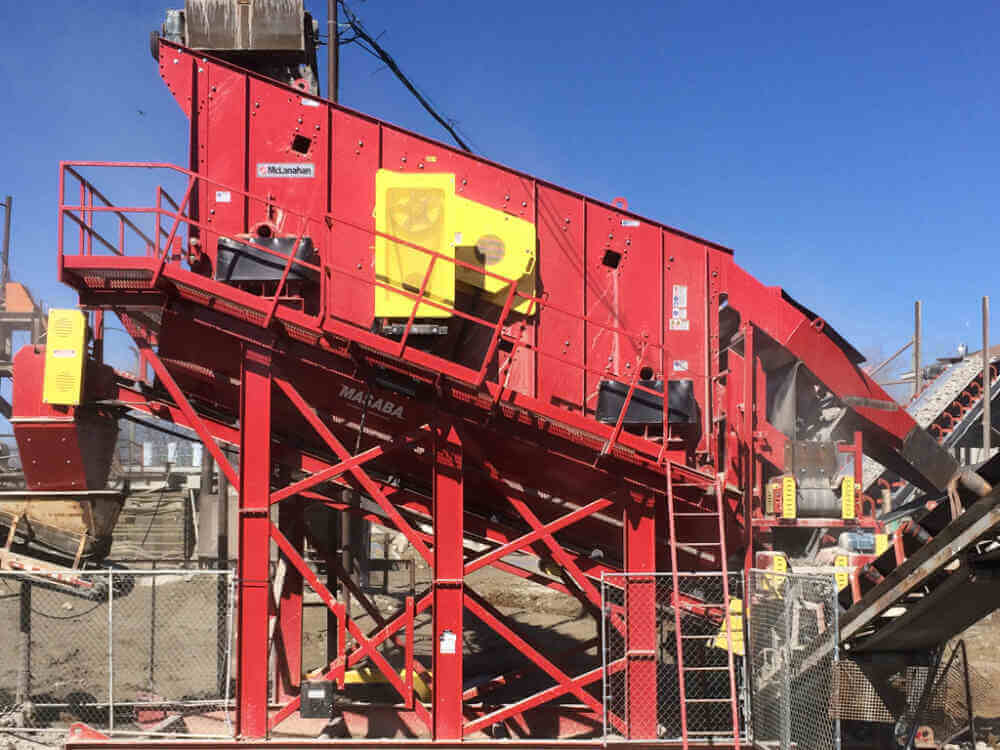 McLanahan Vibratory Screens are engineered with ASTM A572 Grade 50 steel side plates. With a tensile strength of 65,300psi (65ksi), these side plates have a 45% higher yield strength than A-36 steel, which can withstand up to 36,000 psi (36ksi) of stress before it begins to drastically deform. A fully bolted construction reduces/eliminates cracking due to stress risers in the steel caused by welding. Worn components can be quickly replaced without cutting.

McLanahan Vibratory Screens are built with an integrated feed box and are able to withstand heavier loading and larger material in the feed end without worrying about bolts loosening or structural failure.

McLanahan Vibratory Screens feature robust side plate stiffening. Formed plates are bolted to side plates to form a rigid support grid along the length of the side sheet. Independent cross members can be pulled individually and relined in a clean work bay versus on a screen tower, and reduce the need for heavy and wear prone X-bracing. Cross members are on 4' centers to allow more clearance for personnel to access the decks. Replacement cross members come shorter in length and with machined/matched shims to allow for easy installation in areas with limited clearance.

Structural tubing gives the producer a variety of size options and allows you to replace only the worn tubes, not the complete deck frame. A sacrificial weld plate installed on top of the tubes allows stringers and bucker bars to be welded in without welding directly to the tube.

Screening can very easily be viewed as the most important operation in the processing plant. If the screen is only operating at 75% efficiency, then 25% of the desired product is going somewhere else.

The performance of a screen is affected by four variables: eccentric throw, frequency (rpm), angle of adjustment and throw direction. By manipulating these variables, the operator can dial in the screen to match the application and material.

Eccentric Throw
Eccentric throw is the radius of the screen box. Generally, the greater the throw, the more aggressive the screen action will be. Consequently, the smaller the throw, the less aggressive the screening action. Keeping this in mind, the operator can set up the operation with a heavy throw for heavier or larger materials, or a smaller throw to create a sifting action more suited for finer separations.

Angle of Adjustment
The angle of the screen plays a large factor in its overall performance as well. A flatter screen angle will provide a longer retention time of material on the deck and more probability that a particle will fall through the opening. As the angle is increased, the retention time is decreased.

Throw
It may be advantageous to run the throw of the screen uphill. The goal is to increase the retention time on the screen, as well as change the orientation of the particles to the screen opening. The reverse action does not hurt the screen and is usually used in finer screening application, but be cautious not to increase the bed depth too much.

Factors that affect stratification include:

Motion on a Vibratory Screen is produced with a combination of amplitude (stroke) and frequency (speed). The goal is to allow the particle to see as many openings as possible as it travels down the screen, but never see the same opening twice. Large screen openings for large cuts can be achieved with high amplitude and low speed. For small screen openings for finer cuts, the opposite is true: low amplitude and high speed. 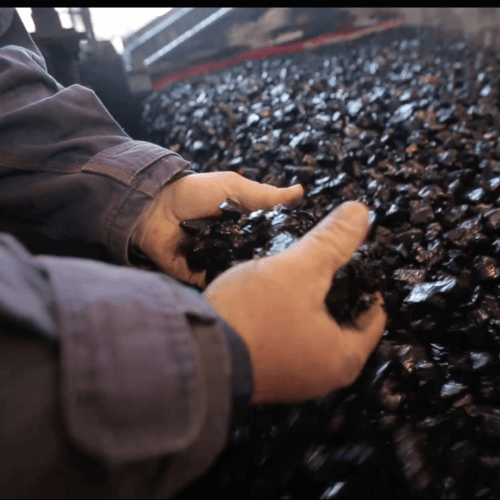 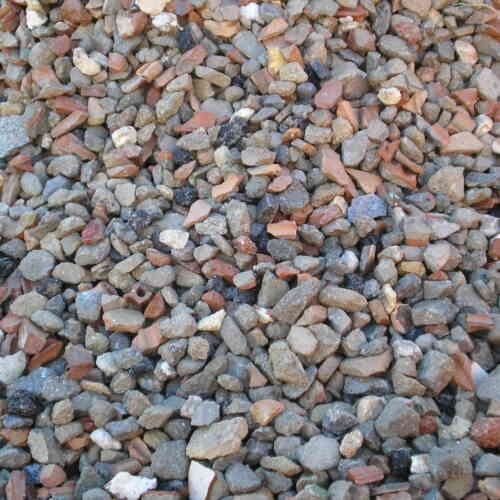 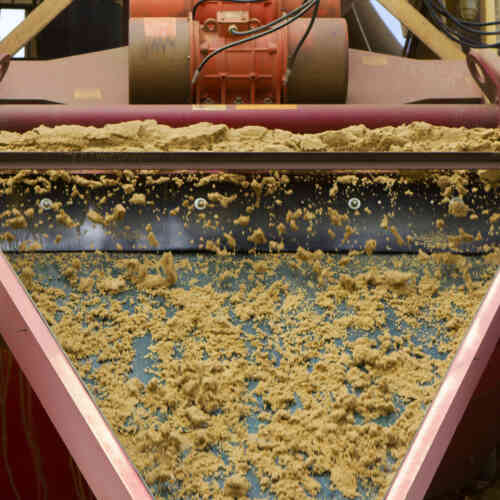 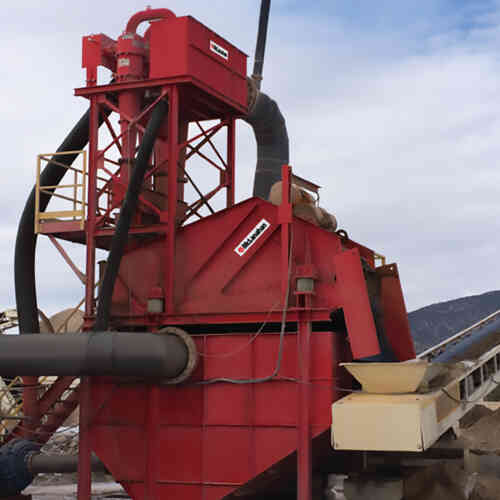 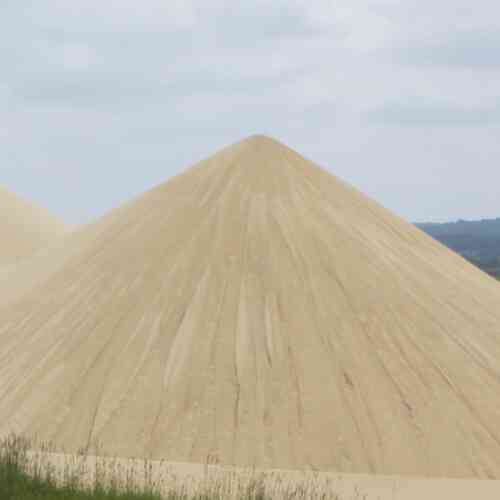 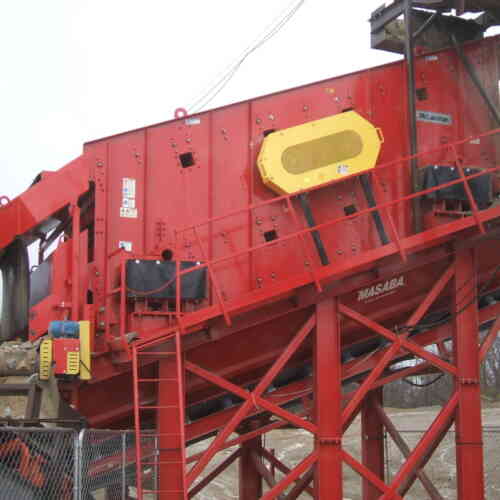 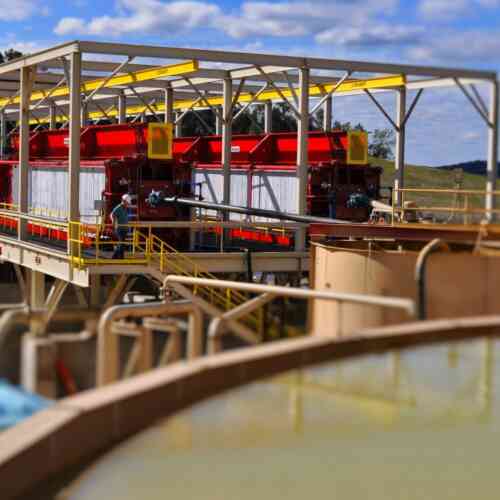 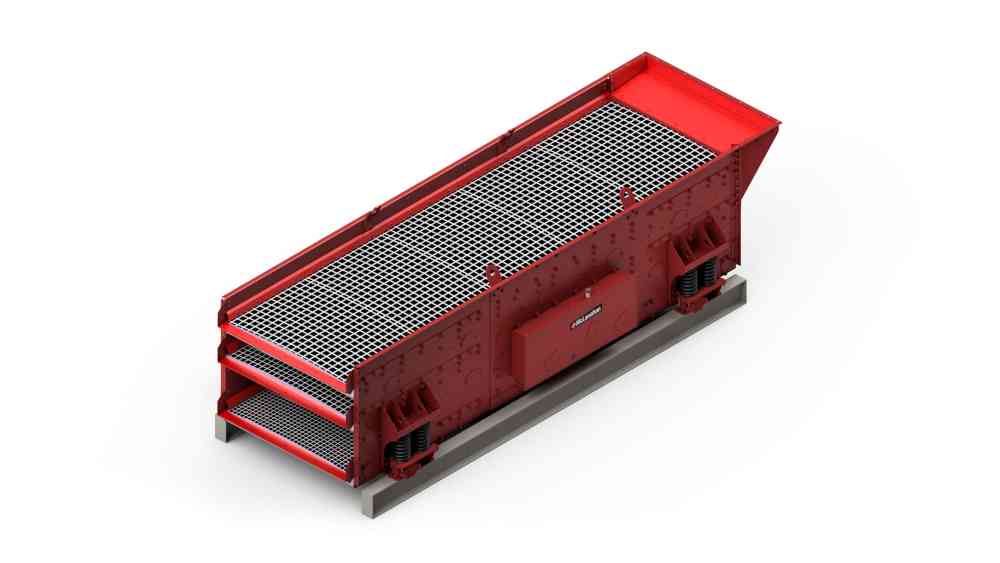 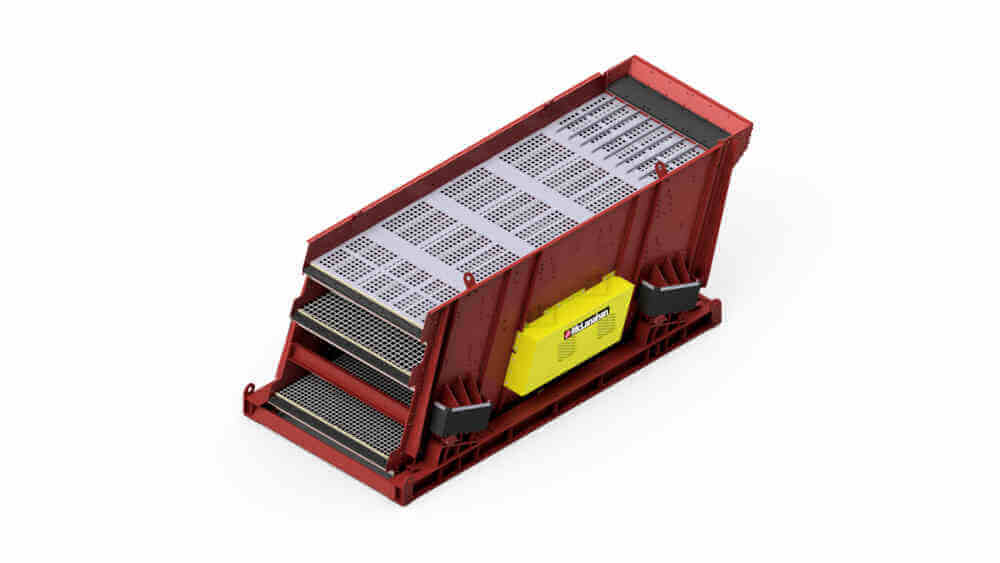 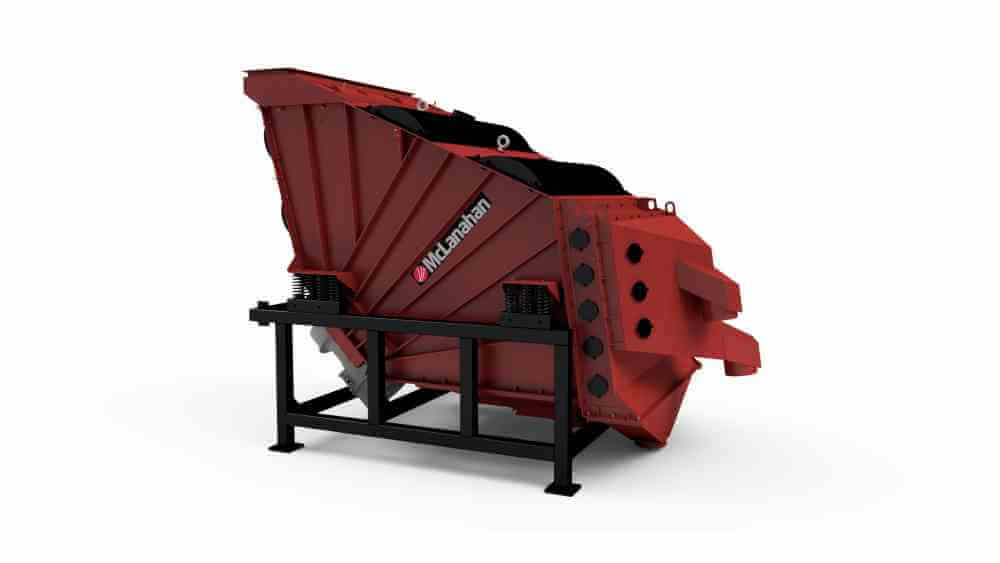 Screening 101 An overview of the various types of screens, screening equipment and their applications. 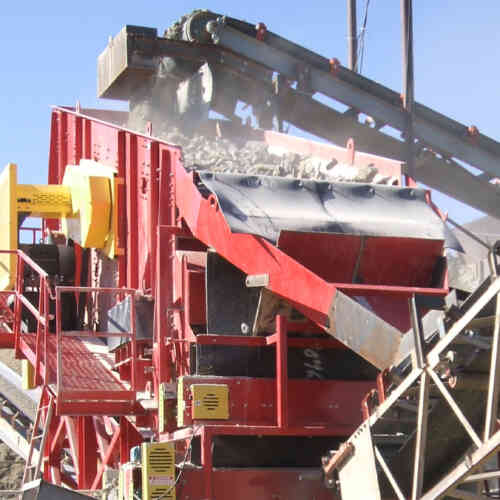 What are important factors to consider when selecting the proper type and size of screen for my application?

To select the correct type and size of vibratory screen the following information is desired:

How do I calculate my screen efficiency?

What are some best practices for operating a screen?

What type of screen media should I use for my application?

Many producers have experienced a variety of problems that point to a screen deck that was improperly selected. It's wearing too fast. It’s plugging (material getting stuck in the screen opening) or blinding (screen opening clogged by sticky material). The noise level is too high.

Many factors affect the overall efficiency of the screening process. Selecting the proper media for the application will be a big factor toward success. Wire cloth is the most widely used screen surface. Technological advances make it easier to consider other types of screen media.

There are a few basics involved in the selection of screen media. A short list of media to choose from includes:

The type of media chosen will depend on material abrasiveness, impact, material size, moisture content, cost-effectiveness and noise level. Wire cloth may be the lowest initial cost media, but the most cost-effective for an operation will be the one that meets the specific application.

Rubber screens are a good choice for scalping decks in a dry, high-impact application. Rubber is very durable and can withstand the impact of the larger feed material hitting the deck. In a dry secondary application, a rubber screen can provide a long life, even in abrasive feed material.

How do I calculate G-force on my screen?

G-force can be calculated by taking half the stroke setting times the speed (square), i.e. 1/2" stroke at 800 rpm.