Springfield Farm Ltd is a family-owned sand and gravel quarrying operation located in Beaconsfield, United Kingdom, since 1984. They produce a range of graded sand and ballast. They dig the gravel in its raw state, wash and separate it, then sell it as one of four core products: 20 mm gravel, 10 mm gravel, sharp sand and soft sand. The materials are used locally within the construction industry and distributed to builders merchants and concrete plants.

Springfield Farm is a dry site, so they don’t have an abundance of water. Over the years, their silt lagoons had reached the end of their lives and were becoming expensive to maintain.

“We were spending more and more time digging them out, handling loose silt, causing immense costs and wear and tear on equipment and just the general drain on resources,” explained Quarry Manager Martin Phillips. “This slowed down production immensely because we were pulling machinery off production to just deal with our waste product. It was becoming very time consuming and very expensive.”

Not only were the silt ponds a major economic expense, but they also posed health and safety concerns as well. Because of all this, Springfield Farm began to look for an alternative way of processing their silt. 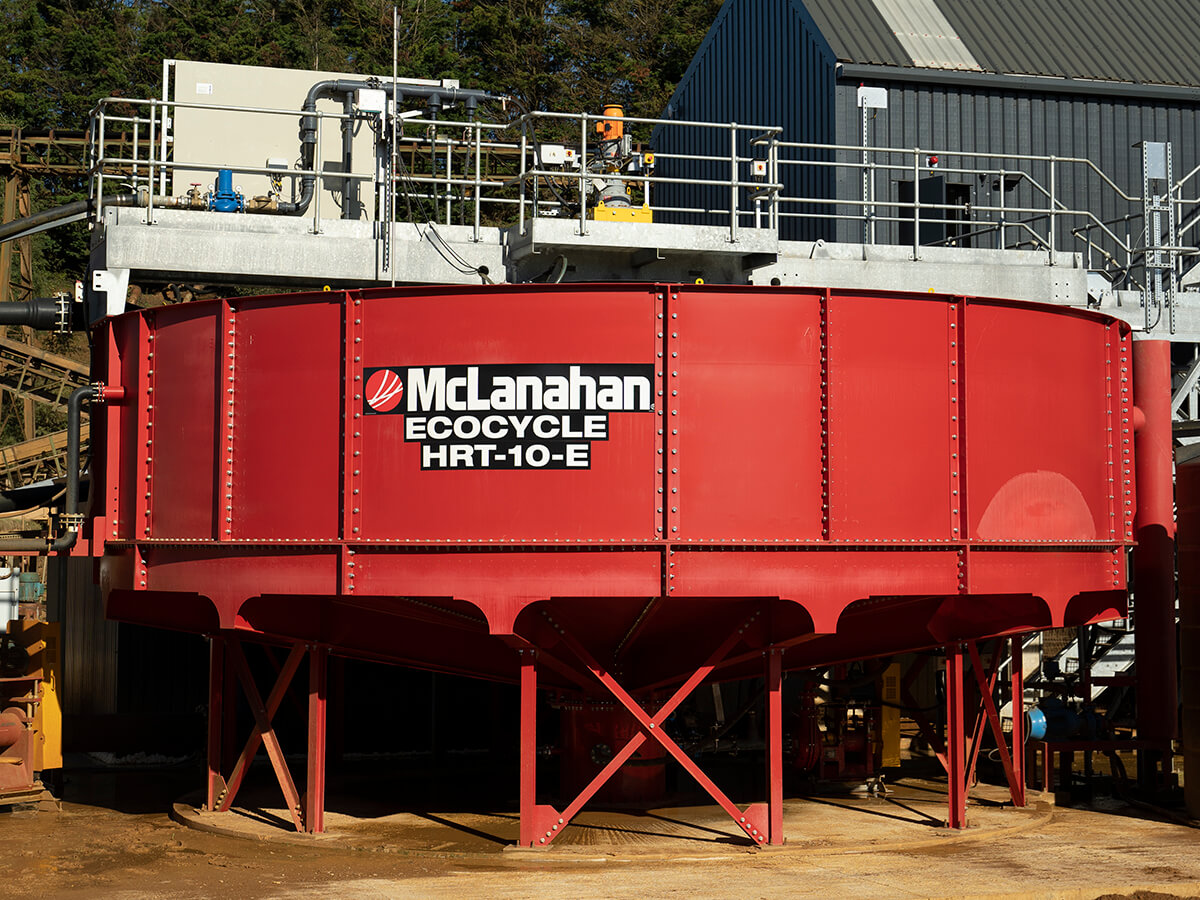 Springfield Farm started researching solutions online and were met with many options for processing their silt.

“McLanahan were the first people to respond to us,” Phillips said. “They were very quick to react, came out to us. We discussed the problem, and they went away and looked for us.”

McLanahan supplied Springfield with its EcoCYCLE Modular Thickener for separating the solids from the liquid in the waste stream to reduce the amount of solids reporting to the silt ponds. The Thickener also recovers clear process water for reuse in the wash plant.

To further process the thickened silt from the EcoCYCLE, McLanahan provided a Centrifuge to provide additional liquid-solid separation. The Centrifuge removes water that can be reused in the wash plant and discharges the waste silt as a stackable solid.

“Being a small, family-run site, we’re always looking at ways to innovate and improve our working methods,” explained Dan Richmond-Watson, the Managing Director of Springfield Farm. “We are incredibly proud to be one of the first in the U.K. to use this sort of technology.”

“We like to think of ourselves as an innovative company, and the new EcoCYCLE is a reflection of that,” Phillips added. “The quality of the product is what stood out against everyone else. It’s well made. It’s going to last.

“We liked the product. We liked the company we were dealing with. They were very quick to sort it out and come up with some good solutions. The whole package was good.” 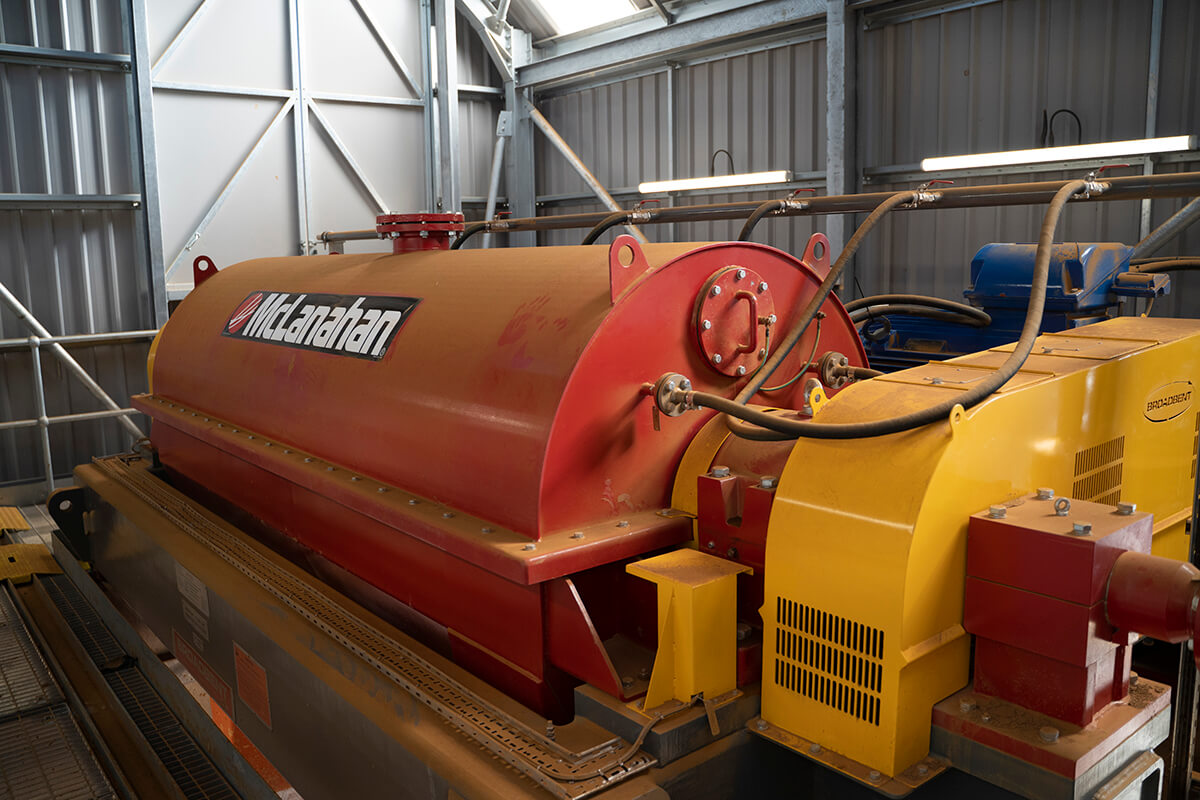 With the McLanahan EcoCYCLE Modular Thickener and Centrifuge, Springfield Farm has been able to process the silt into a material that can be easily handled and transferred to its final destination.

“The McLanahan equipment is ideal because it produces what I would term a finished product that we don’t need to handle twice, and we can satisfactorily take that out into its final resting place in the quarry as part of the restoration process,” said Richmond-Watson.

“The EcoCYCLE is superior to the old process because we handle the material once, it’s dealt with,” Phillips said. “As we produce it, it's taken away. We don’t have to handle anything again.”

Phillips said the McLanahan plant has allowed Springfield Farm to eliminate the troublesome silt ponds from their site.

“We are removing our silt ponds. Ultimately, they’ll be dug out in the next year or two when they’ve dried solidly. We’ve shut down our silt pond,” Phillips shared.

Eliminating the ponds from the site also eliminates the risks associated with those ponds.

“Being a waste product over being a semi-liquid means we take a full load down to the site,” Phillips explained. “It’s easier to handle at the other end. It’s not creating a lagoon; it’s creating a stockpile. Nobody’s going to fall in and drown in it; you might get muddy boots. Again, we’ve reduced a risk.”

Because the McLanahan EcoCYCLE and Centrifuge are creating a drier, easier-to-manage product, Springfield Farm has reduced their silt handling costs.

Richmond-Watson added: “The system that McLanahan have produced will start paying for itself immediately.” 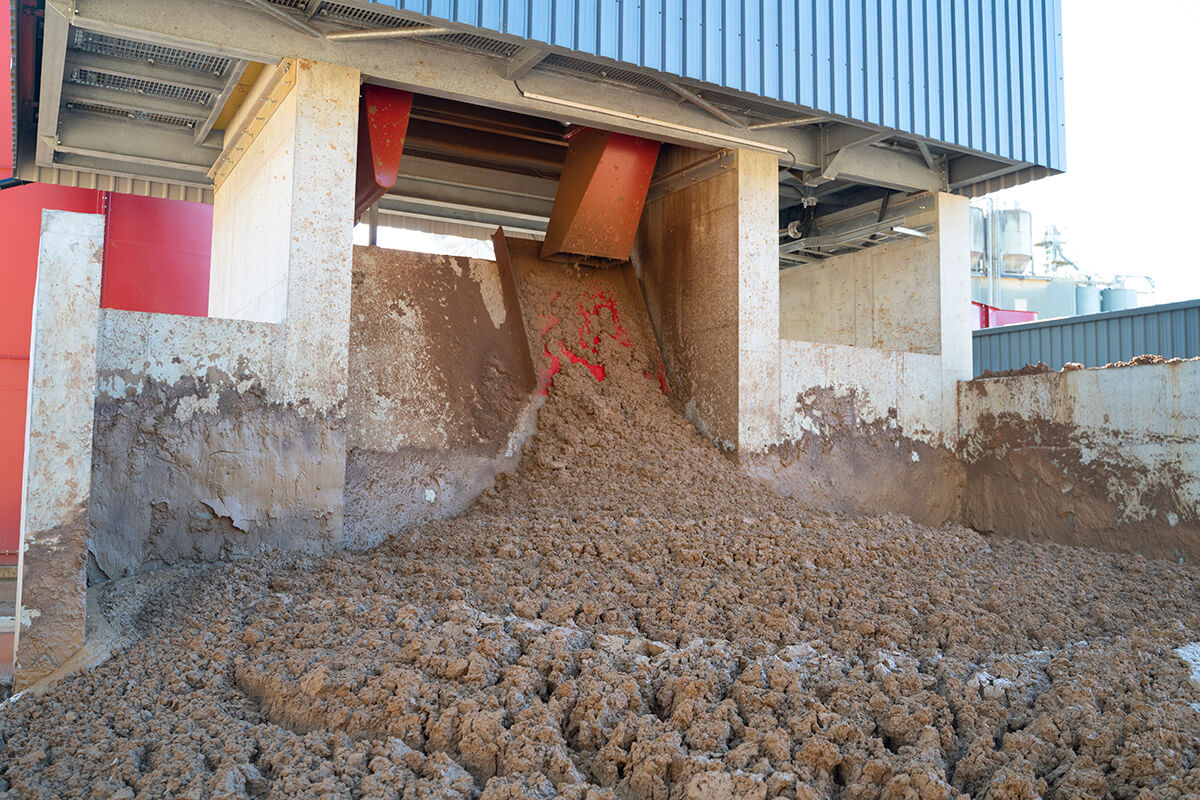 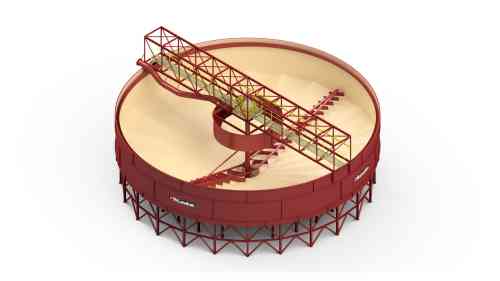 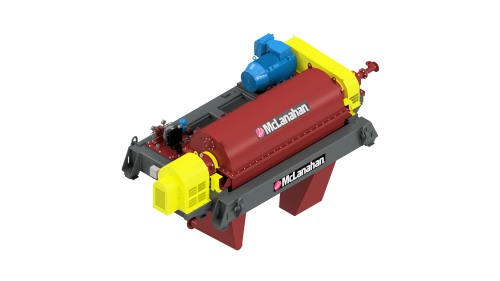 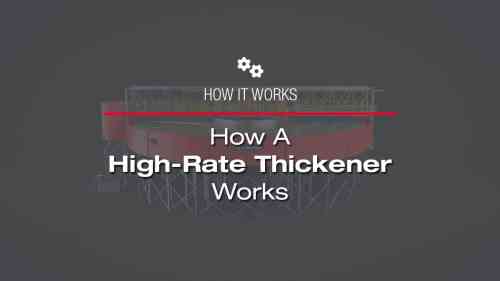 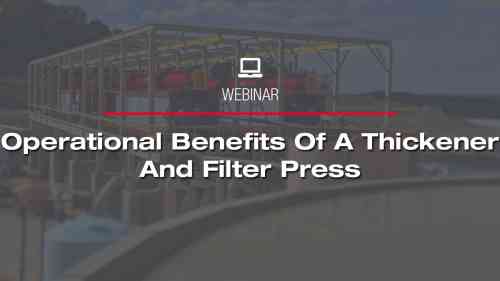 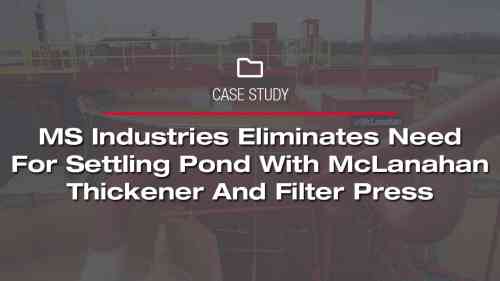 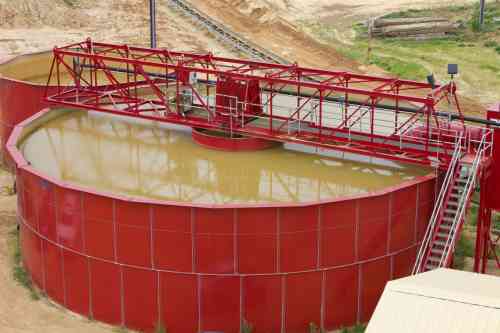