Black Panther Mining, a subsidiary of Vectren Fuels, produces more than 4.5 million tons of clean coal per year from its two underground mines in Southern Indiana. Black Panther’s Oaktown No. 1 mine began production in 2009, while Oaktown No. 2 was established in spring 2013.

Both Oaktown No. 1 and Oaktown No. 2 are part of Black Panther’s 1,000-square acre operation that mines for coal deep below the agriculture fields in Oaktown. The Black Panther Oaktown mines employ more than 400 people and feature more than 100 million recoverable tons of coal. Oaktown Mine No. 1 is about 350’ (106.8 m) below the surface, while No. 2 is about 400’ (121.9 m) down. The mines generate roughly 30,000 raw tons per day.

“Coal is vital to the energy interests of America in the years ahead,” said Mike Durbin, Surface General Manager for Black Panther. “It’s tough and you gotta be smart and efficient. No other industry is more regulated than coal.”

Before Black Panther was able to design and build the new mines, they researched to find the best processing equipment. Black Panther needed equipment that was capable of high throughput tonnages with low power consumption. It had to accept large feed sizes and be easy to maintain, as well as safe to operate.

McLanahan Regional Sales Manager Scott Burns helped Black Panther in their search process. After meetings with Black Panther, McLanahan realized that whatever equipment chosen would need to process the coal to a manageable 2” (5.1 cm) size, while simultaneously removing undesirable materials.

Burns said the coal needed to be separated from the rock and materials such as mining timbers that cause problems downstream at the prep plant. 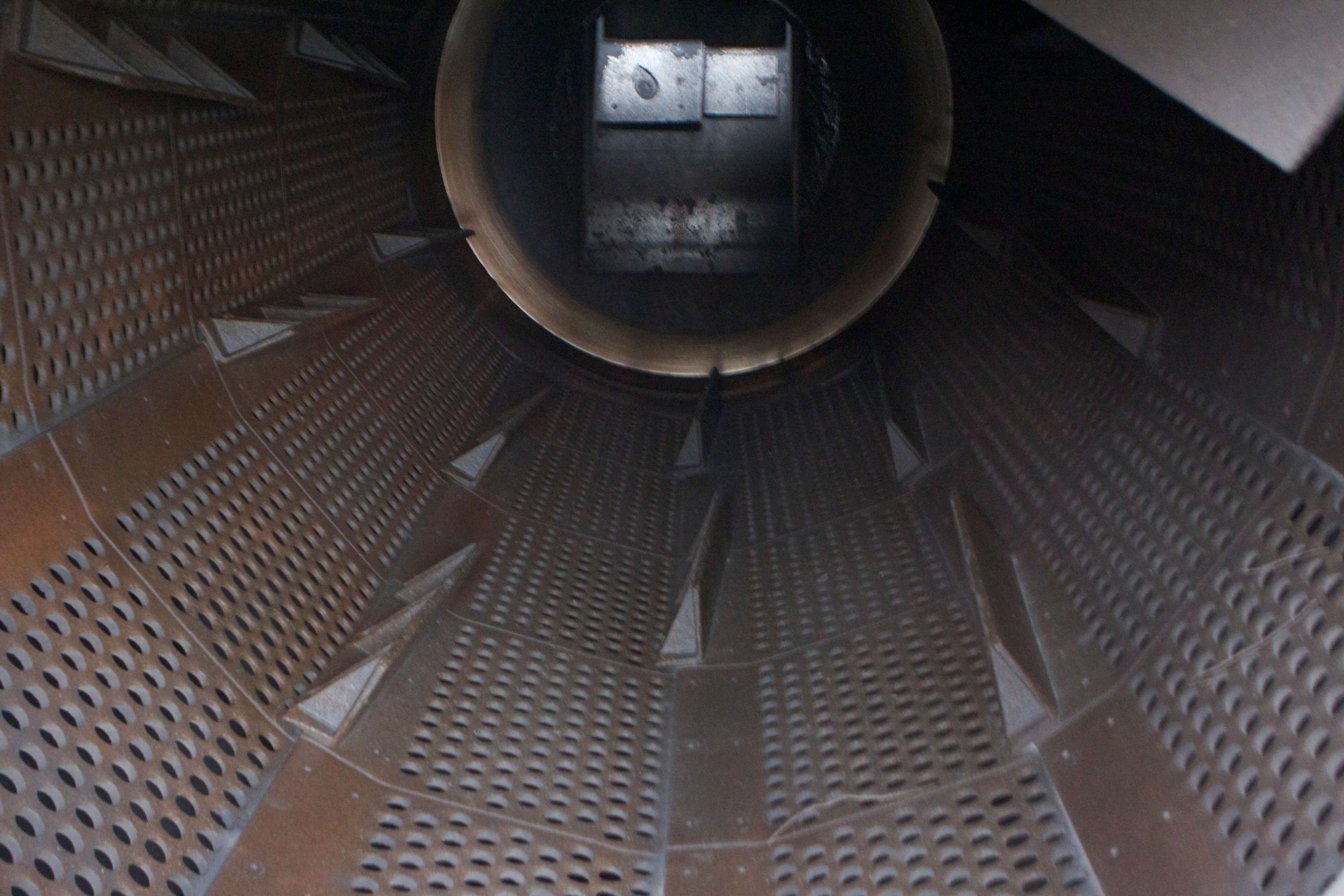 “Based on the application and Black Panther’s requirements, we realized that the proper recommendation would be a Rotary Coal Breaker,” said Burns. “These kinds of breakers can separate the coal from the rock, timbers and other material that can cause wear and tear down the line.”

Rotary Breakers reduce coal by lifting raw material and dropping it against perforated screen plates. The lifting and dropping of the material breaks the feed into smaller pieces, which then pass through screen openings into the product chute and onto the conveyor system below.

Burns said other crushers he had considered for Black Panther would simply reduce the entire feed and pass it on to the prep plant, where separation is more difficult. Other types of crushers would have increased the amount of wear and tear on this particular plant’s equipment because they pass along unwanted rock and refuse to the prep plant. Hard and abrasive rock can then shorten the wear life on the processing equipment, he continued.

McLanahan Rotary Breakers are designed to run quieter and smoother than other equipment because the surfaces are machined to ensure they are concentric. The breaker’s cylinder is machined in one set-up on a large lathe, which assures the cylinder is aligned properly and wears evenly, eliminating chances for wobbling or vibrating.

In addition, alignment is made simpler through an easily adjustable trunnion/bearing arrangement. The chain and sprocket drive is powered with an electric motor, coupler and gearbox arrangement that is very easy to maintain.

McLanahan Rotary Breakers offer low power consumption, due to the fact they operate at lower speeds and require minimal horsepower.

“Each Breaker needs just a single 100 horsepower, 1,800 RPM motor to save energy,” said Burns. “Also, lubrication is key, and we make it simple through centralized lubrication lines. The Rotary Breaker had everything that Black Panther was looking for.”

Black Panther officials say they are pleased with the performance of the McLanahan Rotary Breakers. The machines have been running efficiently since their commissioning. Coal is being processed, and the work flow at Black Panther has continued unabated – meeting production demands without the frustrating downtime associated with breakdowns, wear and tear, or other service issues. 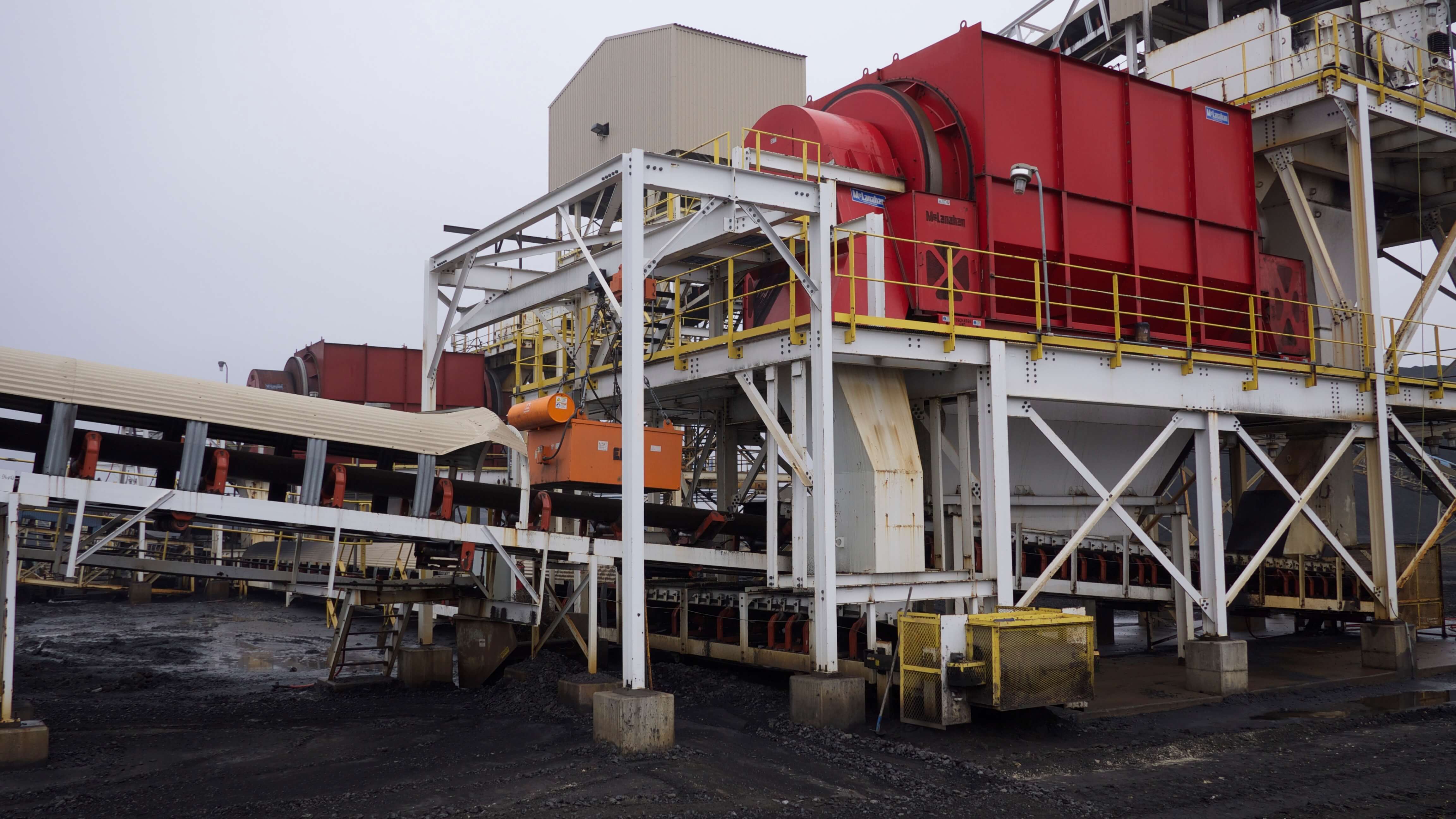 “The first breaker has been in since 2009, the other since 2010, and McLanahan has only been in one time – and I mean that as a compliment,” said Durbin. “In more than four years, we’ve not had any service issues. As one of my foremen says, ‘They’re sweet.’ So that’s pretty good.”

Workers on the site who operate the Rotary Breakers enjoy their reliability and ease of use. They also appreciate the safety protection from moving parts provided by guarding in accordance with MSHA and OSHA.

Workers say the lubrication system and ease of adjusting the chains make it an operation that one employee can handle with no problem. They particularly like the simplicity in lubricating the trunnions, as well as the general cleaning and upkeep to keep the operation running.

“They’re very nice machines, easy to maintain,” said Greg Seymour, Maintenance Supervisor at Black Panther. “The lubrication system can be run by one guy very easily. It lets you know when it needs transmission fluid, and you just put it in there. One person can adjust the entire breaker.”

Durbin notes the quality of the machines satisfies Black Panther’s need to avoid downtime and stay within increasingly tight margins. He also said it’s about more than just the machine itself.

“We looked at several companies and their ability to provide us Rotary Breakers,” said Durbin. “We felt McLanahan brought the best Breaker and the best price. We have a really good relationship with them, and in fact, we’re doing another project with them right now.”

Durbin appreciates attention to customer service he gets from McLanahan.

“McLanahan has been very good to work with,” said Durbin. “You just pick up the phone and give them a call. For quality and service, it’s been the total package.” 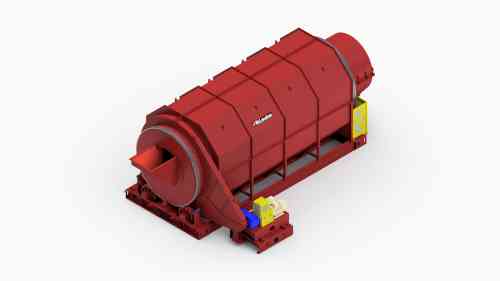 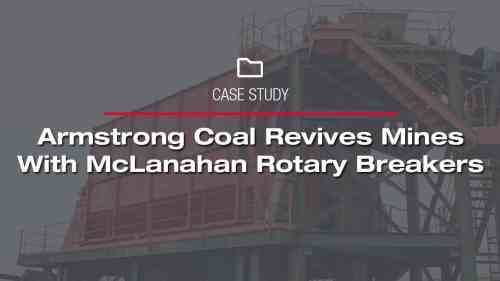 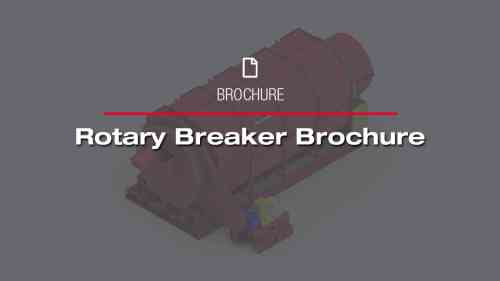