New Acland Coal Mine, a part of the New Hope Group, began production in October 2002. Since that time, they have expanded their operation and production to the current point of 4.8 million tons per year.

New Acland is unique from other Australian mines in that it is all drive-in and drive-out, with many employees living in the local community. A lot of the people who work at the mine transferred from another mine in Ipswich, but many are also local farmers who continue to farm with the support of their wages from the mine.

Coal from New Acland comes from what is called a fine seam mine, so that material mined in some seams can be as small as 100 mm or as large as 2 m. Many of the 2 m seams have a number of smaller coal seams combined into one, which means there are a lot of partings in between. Those partings are high in clay or even rock, which can make coal very difficult to process. 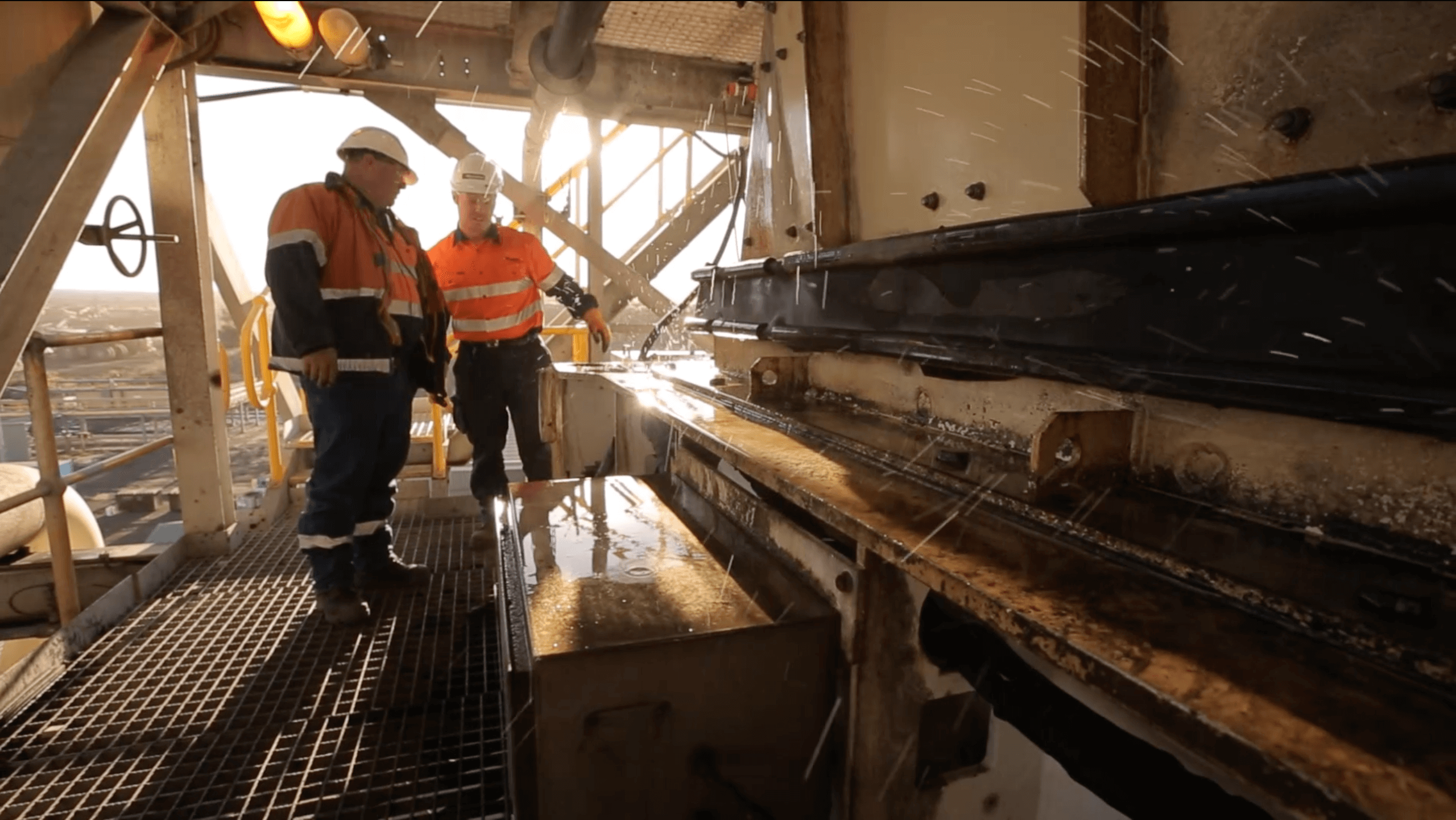 To remove the clay and other partings, New Acland needs to add a lot of water when the coal goes through the crushing stage. This can cause many problems to equipment.

“The resource is very difficult to process and one of the major problems is the clay that’s in the coal and having to add water at the crushing stage, which leads to a lot of damage to the seals, early failure of bearings and high maintenance costs, low reliability, and trouble with availabilities in the plant,” said Rob Rashleigh, Plant Manager at New Acland Coal Mine.

In 2009, the site began an upgrade to their wash plant and realized that their existing tertiary sizer was creating a bottleneck in potentially increasing production through the plant. It was during this expansion that they began to look for alternatives to their existing sizers that would remove the bottleneck, as well as address the issues of the seals and bearings.

New Acland also kept in mind that they would need a sizer to handle their very hard coal. The site is different from others in the coal industry in that their final product size is 38 mm, whereas most are 50 mm. To make sure the hard coal is properly sized takes more energy and wear resistance from a crusher. 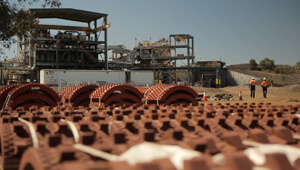 “One of the biggest things we realized with McLanahan was when we first talked to them that they were happy to change a design to suit  our needs rather than giving us an off-the-shelf product,” noted Rashleigh. “They actually modified from a couple different bits of equipment that they had to come up with a design that was ours so it was unique to us, and they worked with us throughout that whole stage.”

Additionally, the design of the DDC-Sizers reduced the maintenance costs.

“One of the biggest problems we had was the maintenance costs. The other machines we had were very high maintenance cost. We were continually replacing bearings seals. In the first year with the initial tertiary sizer from McLanahan that we put in, we had zero maintenance cost,” noted Rashleigh.

In addition to eliminating maintenance costs with the improved outboard bearing design, McLanahan’s specially designed carbide impregnated teeth on the Secondary DDC-Sizers have drastically increased the wear life of the segments, allowing New Acland to process 5 million tons of product without having to change segments. 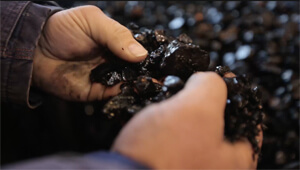 These improvements and reduced maintenance requirements have led to both wash plants being able to run 8,000 hours for the year. This was something they had never been able to do before purchasing McLanahan DDC-Sizers, because every six to 12 weeks they needed to replace bearings or perform other maintenance tasks. They are now able to rely on their sizers to keep production going.

“One of the biggest issues for us here is reliability of the wash plant – our resource is very difficult,” said Rashleigh. “We average probably 50% yield for the year. We need to run the plants for long periods to get the product tons that we need. To have equipment in there that’s reliable and that we can count on allows us to get those production hours.”

Rashleigh also said that it’s not just the equipment from McLanahan that he appreciates, but also the relationship the company has built with New Acland.

“The whole team at McLanahan are really good to deal with. The guys are often on the phone ringing, seeing how things are going, but when you really realize you’ve got a great team is when Mike McLanahan himself, when he visits Australia, comes to the mine site and just sits with us and just talks,” he said.

As New Acland Coal Mine looks toward the future, they are in the process of looking to increase production to 7.5 million tons per annum. An expansion of this size would bring more jobs to the area through the construction phase, as well as operational jobs due to increased capacity. They know that to make the expansion successful, they’ll need more than good equipment – they’ll need a partner who will help them get there.

“It’s been a really good process working with McLanahan. I consider it a partnership now. They’re not just a supplier to us, they’re working with us to solve these problems. The equipment’s been really good,” said Rashleigh.“Into the future, I don’t see mining getting back to where it used to be, so it’s really important to have a partner like McLanahan.” 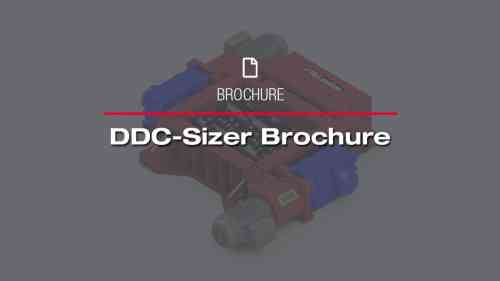 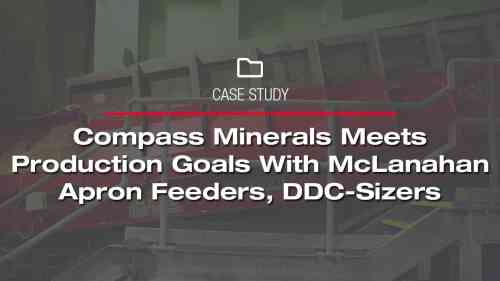 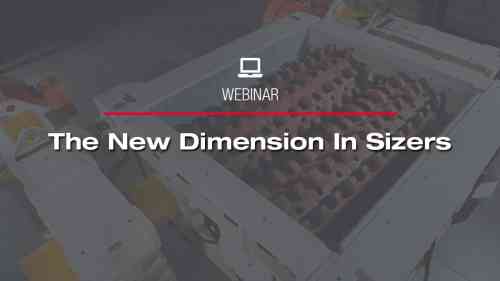 Webinars The New Dimension in Sizers 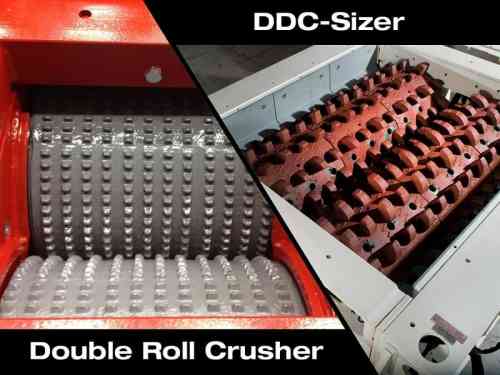 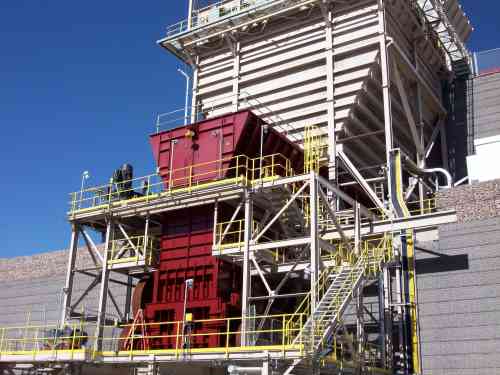 Blog Post How To Minimize Crusher Fines In A Coal Application